They gave each other a second chance at a new life 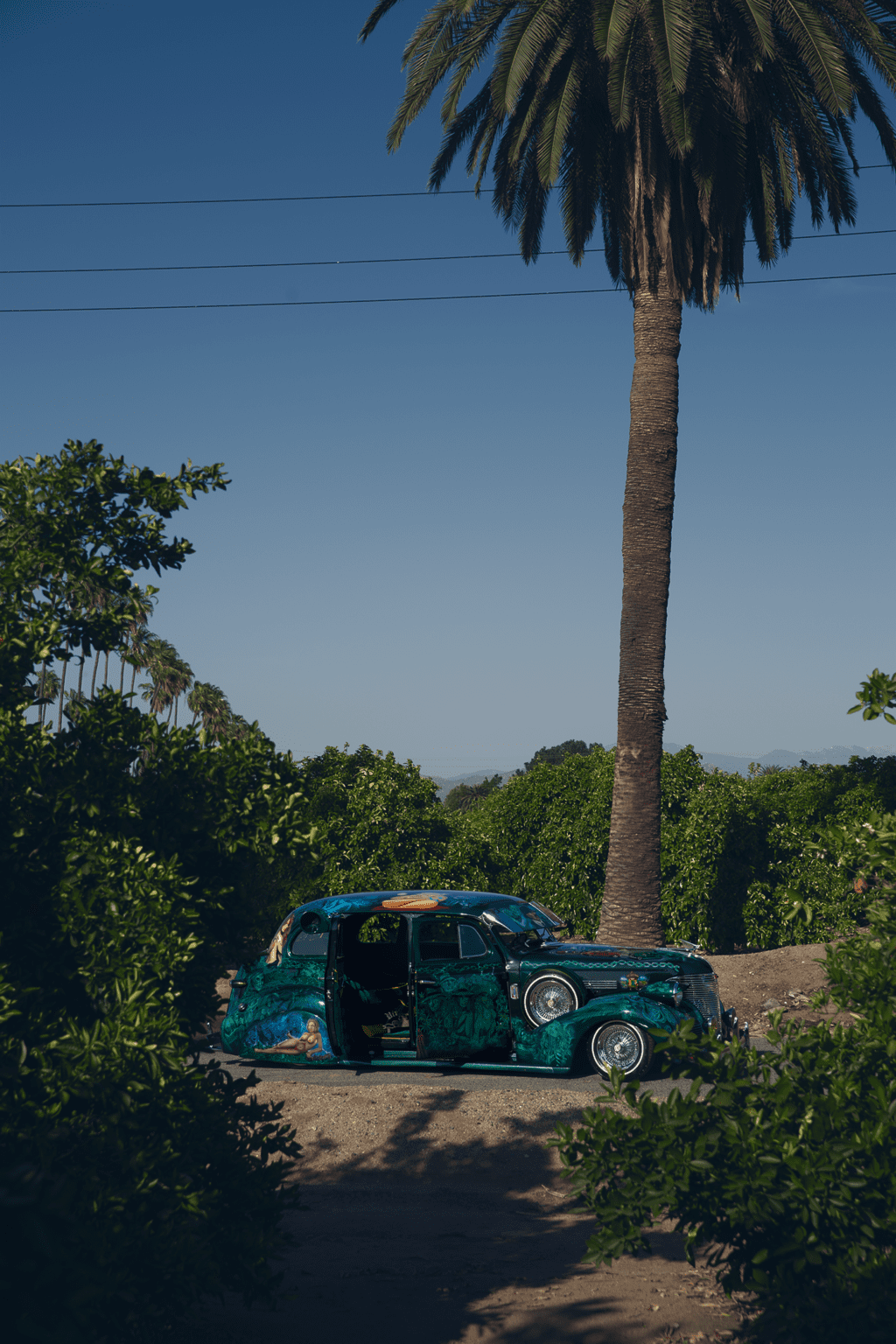 “I used to look at the shell of my Dad’s ’39 and say it was impossible. This car is not making a comeback. And it took me getting sick of my own excuses to change my life,” says Robert Luna, the torchbearer of Maldito 39 – a lowrider with a deep history and one of the first “tatted” cars.

As a former alcoholic, Robert celebrated his first year of sobriety months ago. However, he admits, “It definitely wasn’t easy. Honestly, it’s still not easy. I have days I get tempted and want to knock down a few, but I remember this car, my club, and my loved ones, and it gets a lot easier.”

According to Robert, his Dad’s 1939 Chevy Master Deluxe you see here, is one of the main reasons that prevented a further downward spiral.

“The car has a lot of history from my Dad. One side of the car was painted about the life he lived. The other side was a “fantasy life; you can see a mural of my dad with Pamela Anderson hanging over him on one door.”

“My Dad was a gangster. Underneath all these murals are bullet holes that symbolize the death of his friend in the passenger seat.” We tend to forget tragic moments in the past by sweeping them under the rug or compartmentalizing them. Robert’s Dad, Roberto Luna Sr., decided to take the road less traveled and embrace it. After the shooting in his bomb, he decided to sell the car. A couple of years later, he bought another ’39, but after taking the car down to be painted, he was surprised to find it was the same bomb his friend was shot in. Instead of selling the car again, he decided to go all out and “tattoo” his life on the vehicle. His Father was a co-founder of Viejitos

As the build progressed, his Dad decided he wanted to work on the frame. In order to do so, he had to take the car apart, and unfortunately, the vehicle stayed that way. After the car had been in pieces for nearly 10 years, Robert Jr. decided it was his mission to finish what his Dad started.

“My uncle, Crazy George Luna, started Viejitos, and my dad, Robert Luna Sr., was one of the co-founders, so I was technically born into the club and this lifestyle,” says Robert. But now with that pressure representing the club he’s bringing back to life the car that helped give him a second chance.

Aside from being his father’s lowrider, Maldito ’39 helped him through some bad times. “I was messing up big time, and putting the car back together helped keep me focused and sober up,” he says. As he continues to talk about the meaning of the car, he slows down, takes a pause, and says, “Putting Maldito back together helped me grow a stronger bond with my father. We didn’t have the greatest relationship and had our differences, but I know he wants what’s best for me.” But get this. Maldito ’39 wasn’t sitting in a garage or storage center. The car was disassembled and stored in large crates all over different cities. “Getting everything back was like a treasure hunt in real life,” he says.

“The car was in pieces and stored in a bunch of crates all over different cities, and some people moved, lots of parts were just lost, while some were not salvageable.  I got discouraged at one point but thought to myself, ‘If I left the car like this and didn’t finish what I started, what would that make me? That was enough to keep me driven.” I was also grateful to have my friend Rudy Vallon from the N. San Diego Viejitos chapter let me use his backyard. He was a huge help in getting the new motor in. Originally the car had a 350 and we put a 261 in.

With significant upgrades coming soon, Robert understands that lowriding has changed. He understands that if he wants to push the culture and represent Viejitos, he will have to level up. He’s planning out some significant mods and says, “The car will get taken apart by the time this article comes out so I can get the full undercarriage done,” he says. And with plans to wrap the frame and get some gold plating, it’ll definitely take it there. Additional plans include a full hydraulic setup – it’s currently on airbags – and his grand scheme also come with the understanding that it won’t be easy, but he’ll get it done. “I still have a lot to learn,” he says, “But bringing this car back to life means a lot to me because if it wasn’t for this car and my family, I don’t know where I would be. But now that I’ve fought my battles and won, all I know for sure is I am ready for whatever comes my way.” Can you give us a little timeline of the car?

The car was out by 1998 with just a few murals and candy green paint. By 2001 the car was fully “tatted” and making it’s way around shows and cruises. Then a couple years later in 2007 when my dad was taking the car apart my Uncle got locked up. That was hard on my dad, my Uncle was his best friend. A little while after my dad got locked up and around the same time ended up losing his brother. It was just a tough time that’s why the car never made a comeback

Who did the murals?

The first set of murals was done by OG Wiro in 1998. He did the skirts, visor and trunk. A couple years later Victor Sepulveda ended up doing the rest of the car in Robert’s Dad’s Backyard. I was still a kid when that was going on but Victor worked on it over a few months.

Was there a theme behind the murals?

The murals basically represent my dads life. As you know he went through a lot with this car. So he treated it like a blank canvas to express himself. One half of the car is his reality and the other half is sort of a “fantasy” life.

How did rebuilding this car help you fight your addiction?

As you can imagine, piecing back the car was no walk in the park. It occupied a large amount of my time and also took a large chunk out of my bank account haha. I had no time or money to be screwing around.

What are you future plans for it?

I want to take this car to the next level. First I want to put together a frame that will handle hydraulics, powdercoat it green and marry it to gold plated A-arms, rear end, and suspension. From there I want to put hydraulics back on the car, nothing too crazy maybe just a whammy pump unless I can find some old school Pesco pumps! Other than that there’s plenty of other little things but I’m gunning for the major upgrades first.

What does this lowrider mean to you?

Honestly, I can’t even describe how I felt when I saw this car back together in one piece. I was supposed to get this car after High School but I was screwing up and my dad didn’t think I deserved it. Fast forward to today, putting this car back together taught me so many lessons and I’m sure there’s going to be plenty more lessons to be learned as I continue to work on it. Imagine Your Lowrider with No Chrome. It could be a problem headed our way. 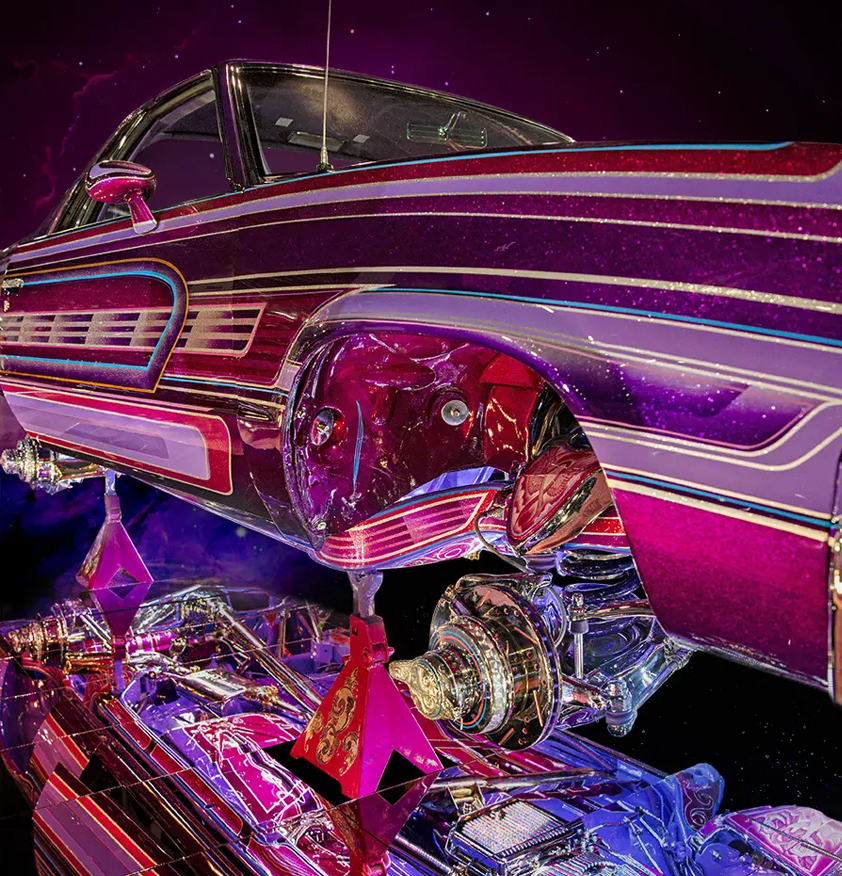 CRUISIN’ EL CAMINO: A LOWRIDER WITH NO COMPARE 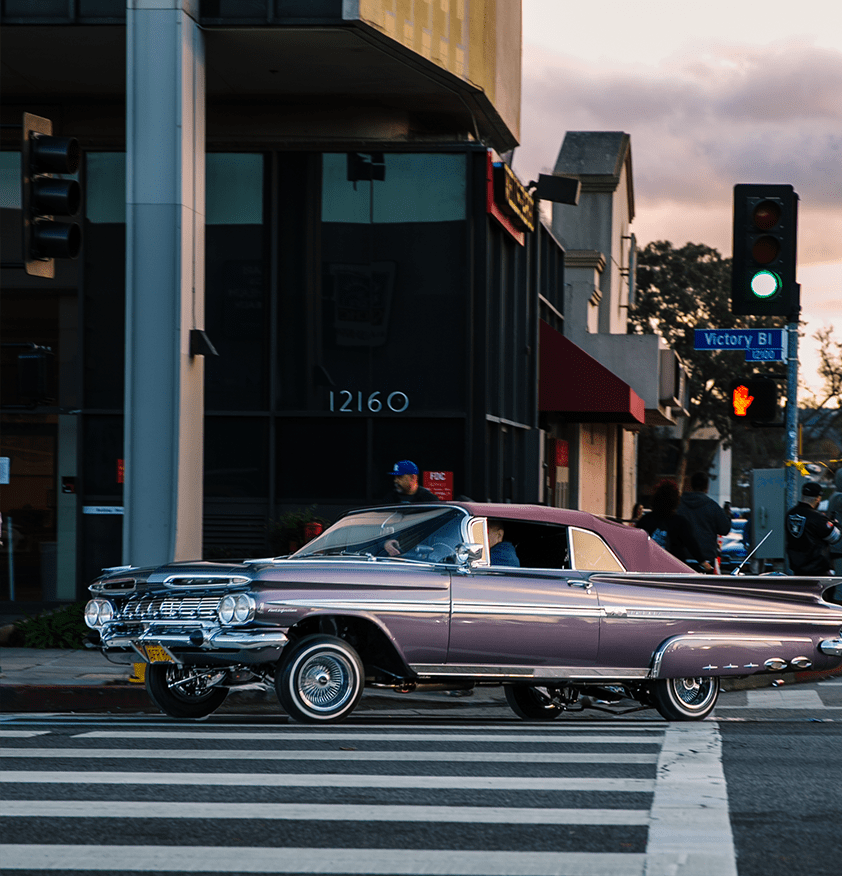 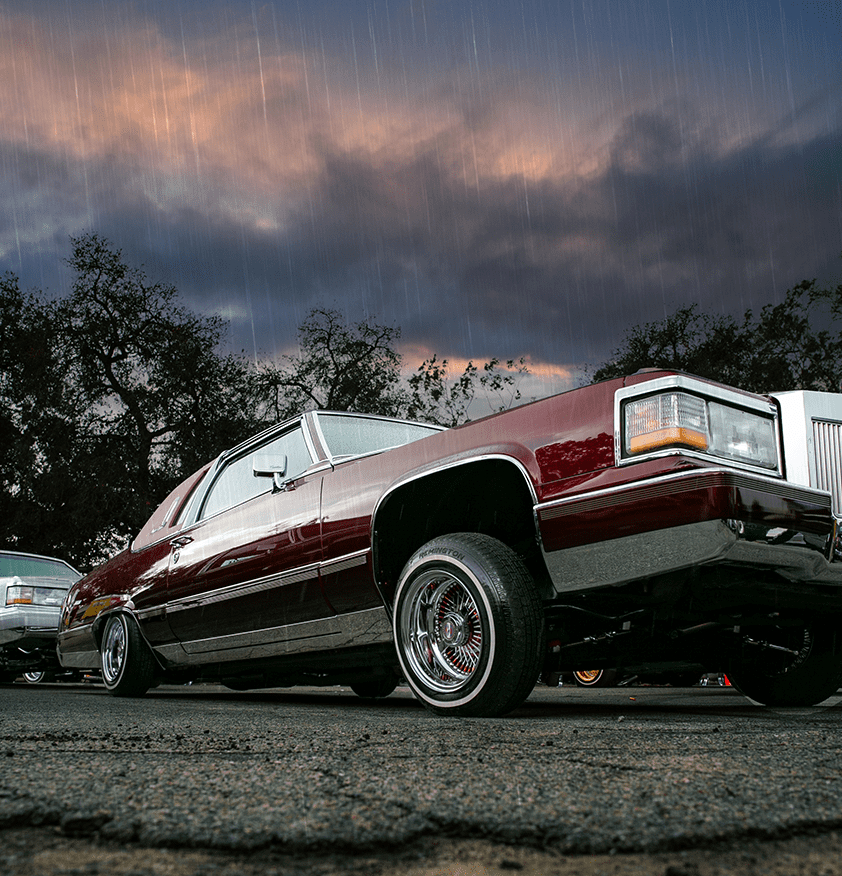