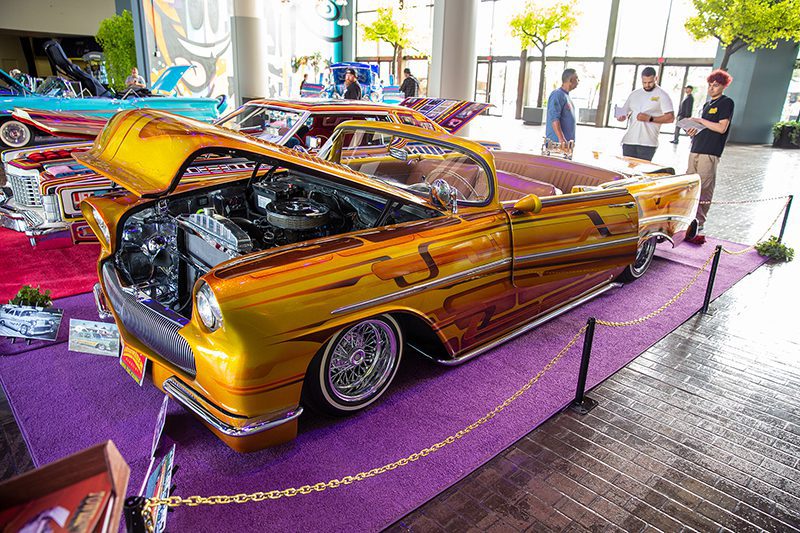 Who remembers the legendary, “Tower of Power”

After almost two years of lockdowns and no indoor shows, it was definitely a breath of fresh air to be able to attend a Lowrider Show. Even better, was that it was in Long Beach. With an easy 10,000 spectators, the show boasted an all star line up of the finest examples of lowriders and custom cars. It was also good to see some of the old school cars brought back into the circuit and among the most popular was Dressed to Kill, Tower of Power and the Michael Jackson themed Star Car. 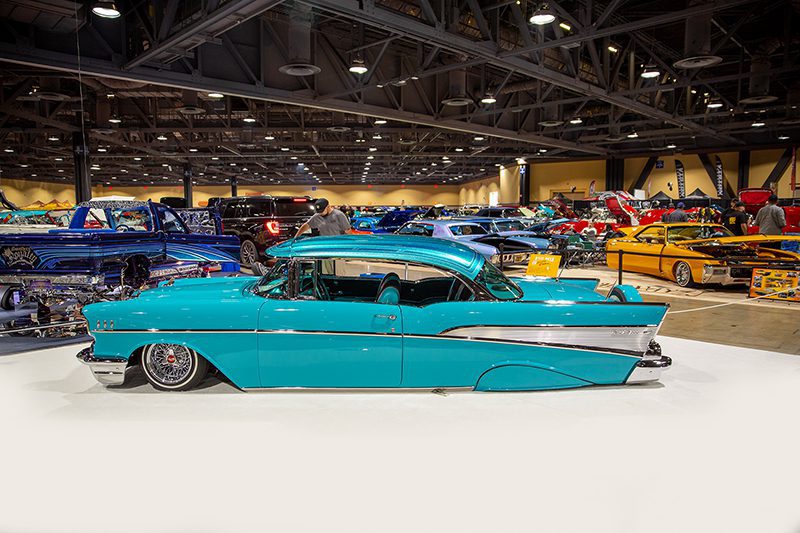 Chris Mills 1959 Impala aka The MotherShip was also on display, and many fans were happy to see the lowrider which just recently made an appearance on the Half-Time Super Bowl commercial featuring Snoop Dogg. Southside CC brought out a stellar lineup of cars, and just a few rows away were the rides of Professionals CC. Of course, the Tovar’s 57 seemed to land the most fanfare, but then again, it’s a looker that had no compare as it sat just millimeters off the ground thanks to a body drop that too just about six months to complete.

Aside from Pepsi featuring some of LA’s most well-known lowriders, there’s also a steep line up of lowriding talent including OG Tweet’s (Professional CC) Impala as well as a collaboration build (and a secondary commercial) with LA’s very own Mister Cartoon which to date is perhaps one of his best Super Bowl commercials with his Modelo commercial falling a close second – we’ll touch on that in the next post.

So as the lowriding community takes these multiple wins, this years Super Bowl plays a pivotal role in shedding positive light on a culture that is too often misunderstood and stigmatized by the unpopular opinion of misinformation. Big ups to everyone involved in creating these pieces and congrats to our brothers Chris and OG Tweet. Keep your foot on the gas homies. 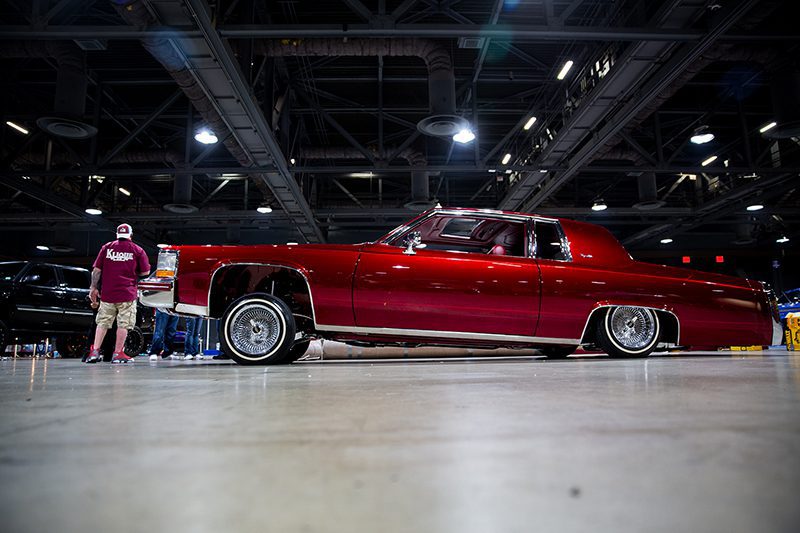