By now, most of you have seen the Pepsi Super Bowl Half Time show trailer “The Call” featuring Dr. Dre, Snoop Dogg, Eminem, Mary J. Blige, and Kendrick Lamar. The almost three and half minute long commercial is just short a mini-movie, and it’s a big deal for both rap and lowriding. For starters,  this will be the first time that rap will be at the center of a Super Bowl halftime show. Furthermore, the creative team at Pepsi curated an incredibly spectacular television commercial that pays homage to some LA legends. One part of the video in particular, showcases a lineup of some of LA’s finest lowriders. The segment is highlighted by Snoop Dogg leading a pack of lowriders while he navigates a black 1959 Impala. Not only is this commercial monumental, but a well-choreographed and throughout television commercial that captures the true spirit of Los Angeles – the birthplace of West Coast rap as well as the automotive culture of lowriding. To have lowriding highlighted in such a positive manner is a big deal. It pays credit to a lifestyle that has received more than its fair share of negative stereotypes, and much of that has to do with a combination of ignorance as well as the negative portrayal of lowriders in rap and Hollywood movies. With that said, this Pepsi commercial not only flips the script, but tastefully portrays the beauty, and the movement of a lifestyle that’s all about camaraderie and a communal love for classic cars.

While drawing on the star power of an all-star cast of entertainers, there’s a deeper message behind this and that’s the fact that lowriding and rap is here to stay. The beautifully crafted commercial is something the Pepsi creative team should pat themselves on the back for because they flat out killed it. If you look closely, they took two of the West Coasts biggest names in rap: Dr. Dre and Snoop, and the reason it’s relevant is because both of these L.A. natives literally grow up in the backyard of Sofi Stadium. To add to that, the culture of gangster rap was born in Los Angeles, and so are the age old roots of lowriding.

Does Snoop Dogg own the 1959 Impala in the tv commercial?

No. While Snoop has his own fleet of lowriders, the one used in the Pepsi Super Bown commercial is owned by former NBA superstar Chris Mills of Golden State Warriors fame. His 1959 Impala was the perfect fit for the commercial, and even better is the car, and its the owner, carry their own pedigree when it comes to lowriding. Chris’ 1959 Impala is what legends are made of. This show-worthy lowrider took on a full-frame-off restoration, costing him in the low six-figures to build. And while most would have reserved a lowrider of this stature for special appearances at shows and significant events, Chris took to the streets and, till today, remains one of the most active show/ street lowriders of that quality. This in turn has sparked a new momentum in lowriding with others following suit and building full blown show cars that are driven on the streets.

Chris’ 1959 Impala was built by a shop he co-owns with Mac Sifuentes called Stealth Motorworks, and features a laundry list of upgrades including heavy chrome plating, custom paint, and a trunk setup that leaves spectators in awe. The car itself has a story worthy of a feature in itself, so stay posted, because we’ll be doing a feature on in soon. 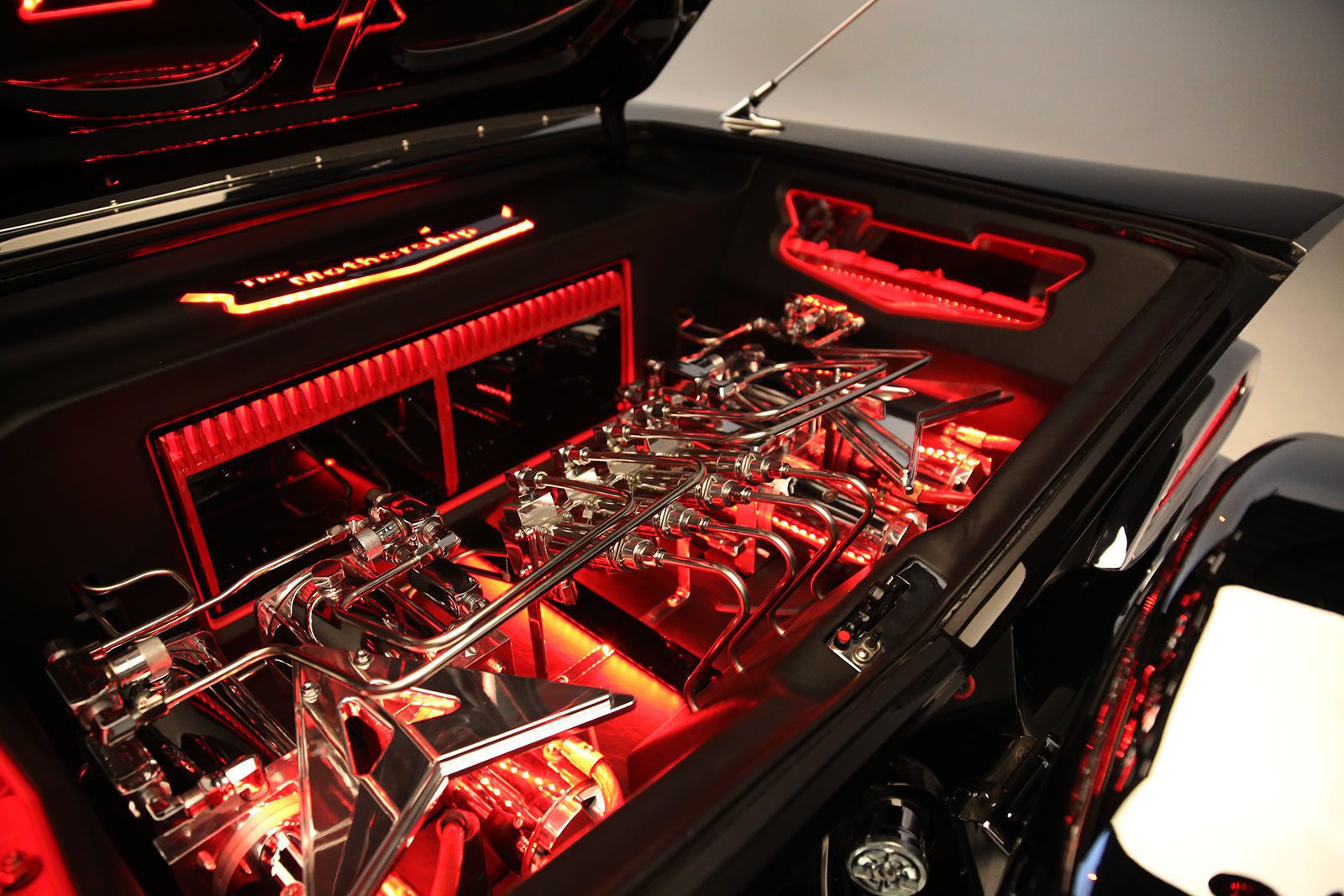 No Junk in this Trunk: This ’59 Impala was built for more than lay and play, it’s a street car that can double as a show car, but on the city streets Chris is known for putting on one hell of a show that leaves many with priceless moments.

A side shot of Chris Mills 1959 Impala when it was photographed for the cover of Lowrider Magazine.

Aside from Pepsi featuring some of LA’s most well-known lowriders, there’s also a steep line up of lowriding talent including OG Tweet’s (Professional CC) Impala as well as a collaboration build (and a secondary commercial) with LA’s very own Mister Cartoon which to date is perhaps one of his best Super Bowl commercials with his Modelo commercial falling a close second – we’ll touch on that in the next post.

So as the lowriding community takes these multiple wins, this years Super Bowl plays a pivotal role in shedding positive light on a culture that is too often misunderstood and stigmatized by the unpopular opinion of misinformation. Big ups to everyone involved in creating these pieces and congrats to our brothers Chris and OG Tweet. Keep your foot on the gas homies.