“Go for what you believe in, if you have passion for something don’t ever let anyone tell you that you can’t do it.”

If you’ve been around the lowrider scene long enough you’ve probably heard someone muttering that true lowriders only have two doors. But tell that to the countless four door lowriders that are on the street and they’d laugh.

Debbie Flores, the owner of this ’58 Biscayne, would be one of ’em.

But if her opinion doesn’t count, then the nearly million views she got should. When we first posted a 30 second clip of her ride, she landed just about a million views. And that in itself speaks volumes.

The first time I saw this car was at the Mobil gas station in Riverside. There was a cruise right off of Main Street, and when she pulled in I had to grab the video. Debbie is the not only the proud owner of this ’58 Biscayne, but also the President and founder of Latin Queens IE.

Debbie’s car may turn heads now, but it didn’t start that way. To start, it wasn’t easy for her to find one. “I was surprised how hard it was to find one at the time” says Debbie. But after months of striking out, it was her friend George who finally found one for her.

Inspired by her Uncle Danny to lowride, Debbie has taken the lifestyle under her wings and used it for the greater good. She loves to serve the community, and one of her club rules for entry is that it is mandatory for every member to love serving the community. Now at 21 members, one of which is Debbie’s mom they actively serve the community in any chance they get whether its fundraisers, donations, or community service.

Debbie has even expanded her efforts to teach young children to do the same. She started Little Latin Queens, the club is only for those between seven and 17 years old. “Giving back is something I was taught at a young age” says Debbie. “I love to help those in need and feel if you aren’t giving back to the less fortunate than what is your purpose?” 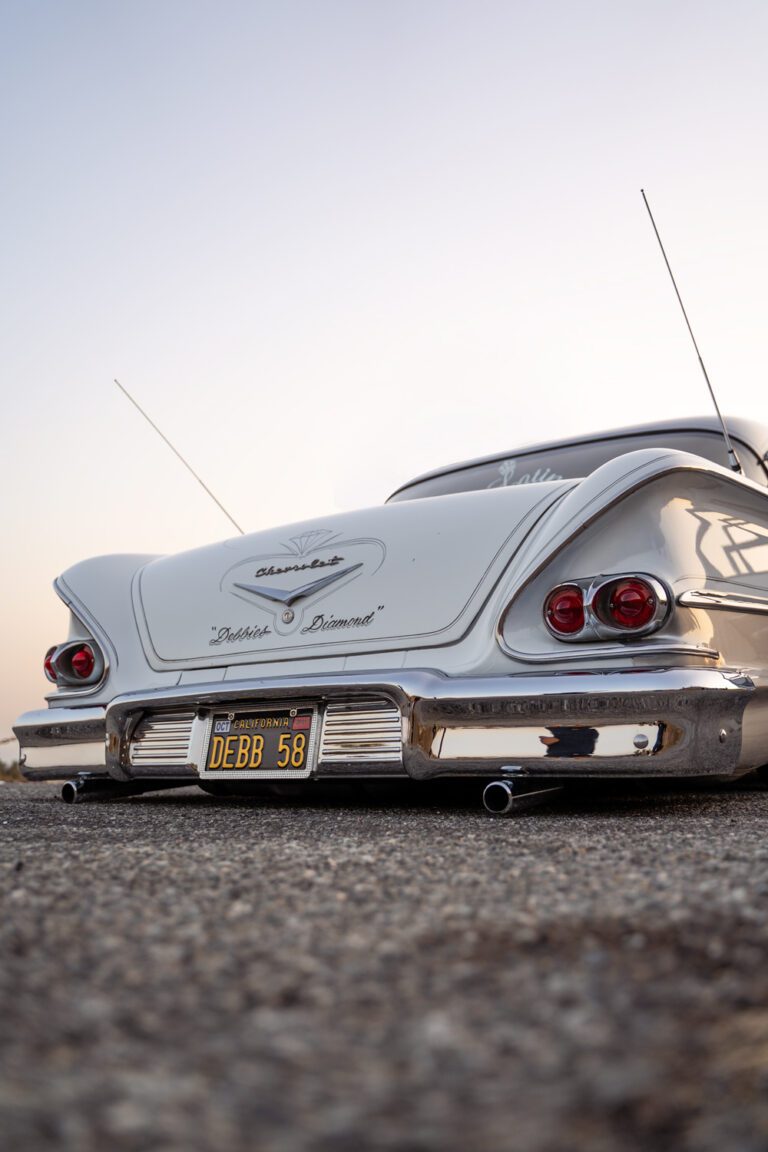 For Debbie, lowriding is a family affair and frequently takes her two grandchildren with her. It’s also the reason she opted for airbags instead of juice – something her husband knows all too much about. As a member of One Way CC, her husband is experienced with the issues and knows how rough the ride could be on long rides. Debbie isn’t scared to rack up miles all thanks to the reliable air setup installed by Hawaiian Mike and the Corvette motor installed by Rainbow Transmissions out in Riverside. She’s taken the car as far as Las Vegas. 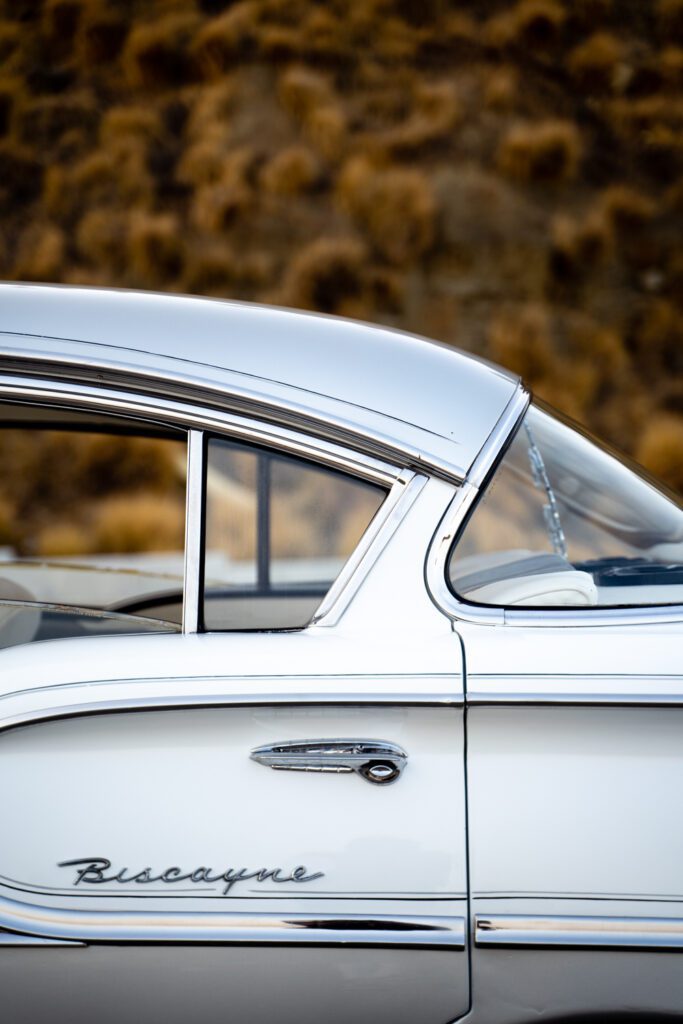 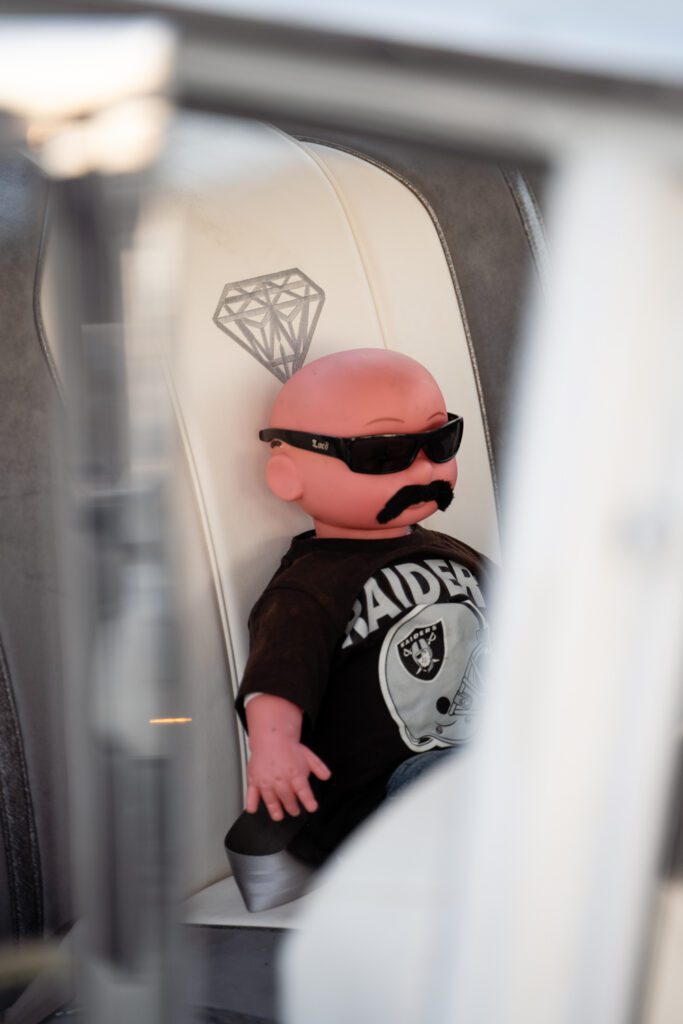 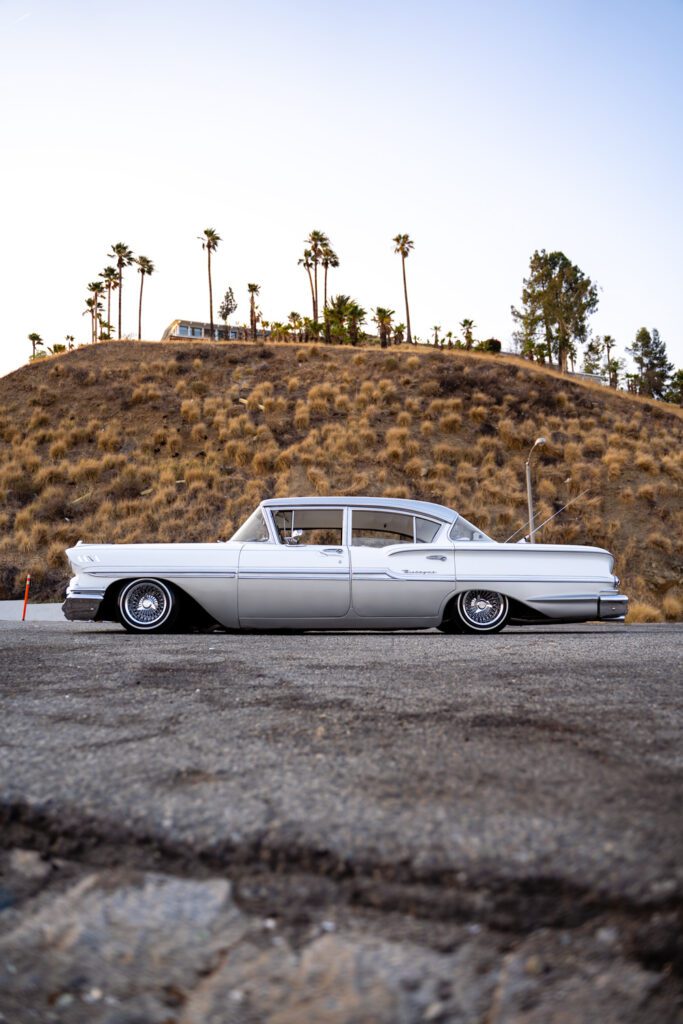 The car was painted in five months by a painter in Riverside. For the roof and the lower portion of the car Debbie decided to go with metallic silver and for the rest, a nice bright white. The interior was refreshed by Baseline in San Diego and it sports a two-tone interior to compliment the paint job. If you ask me, she made the right choice. 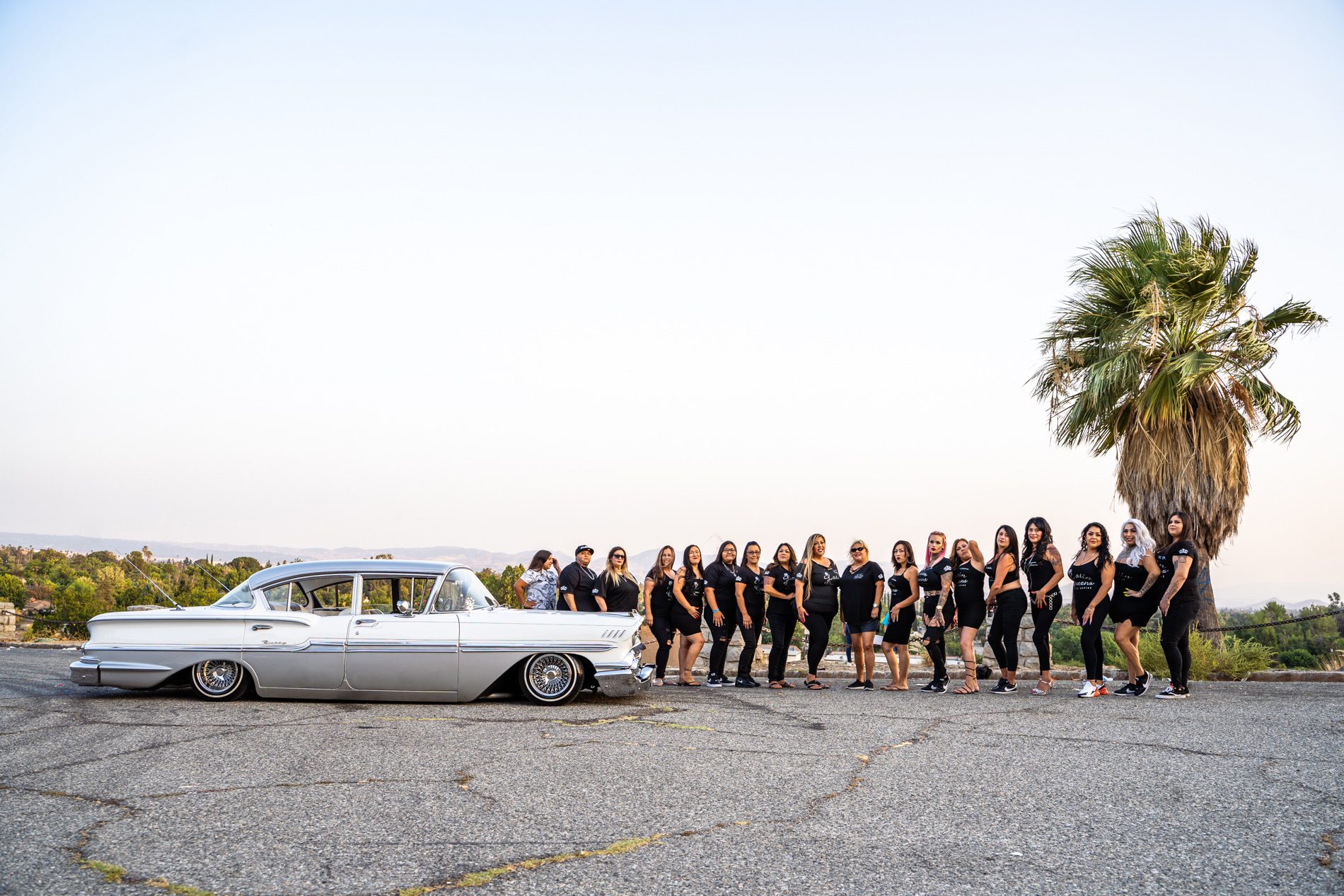 Being a Lady Lowrider is something Debbie holds dear to her heart. “Go for what you believe in, if you have passion for something don’t ever let anyone tell you that you can’t do it.” As of now she currently has 53 ladies wanting to get into the club and she is more excited than ever. She plans to expand the club to other states including Arizona and Las Vegas. She recently started a chapter in the Harbor Area and is anxious to see what they will do for the community. But for now, she is going to continue to lowride and do what she does best, which is giving back to the community. 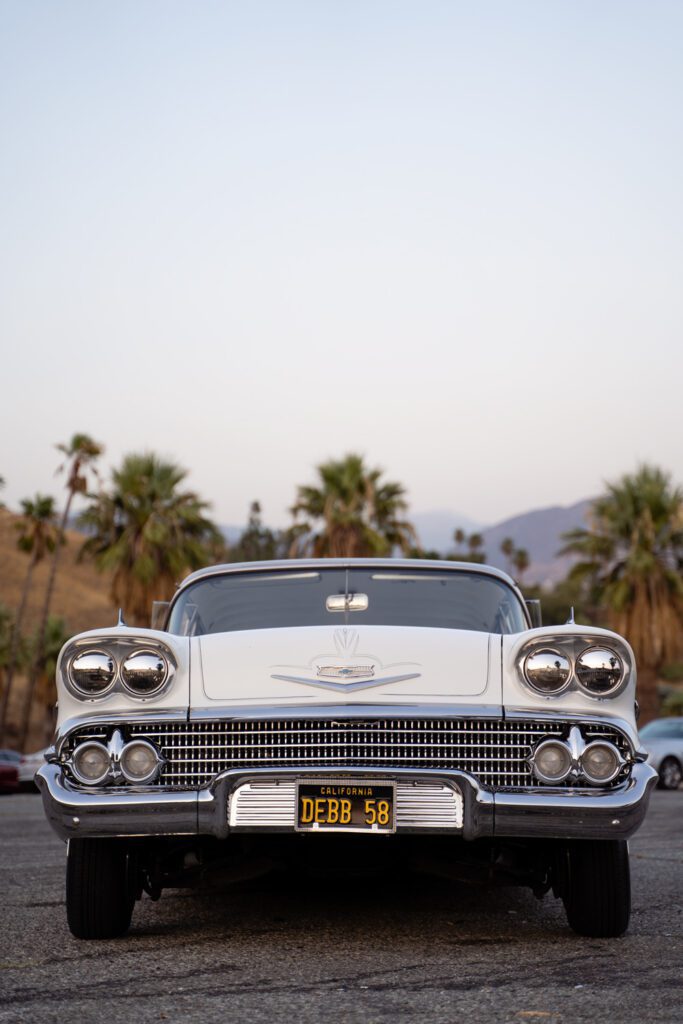 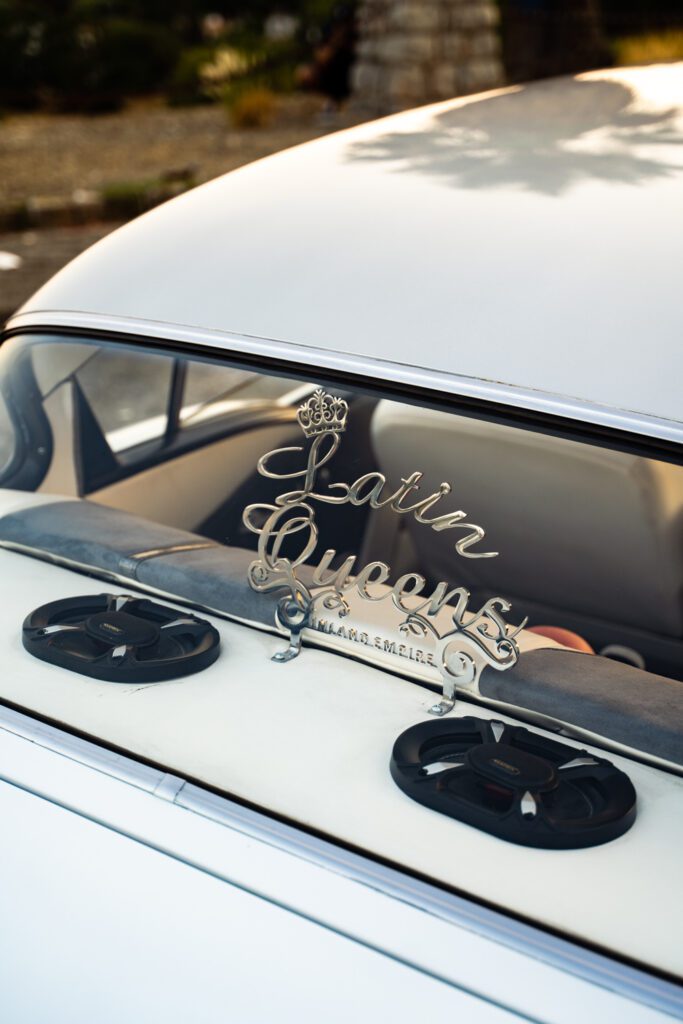 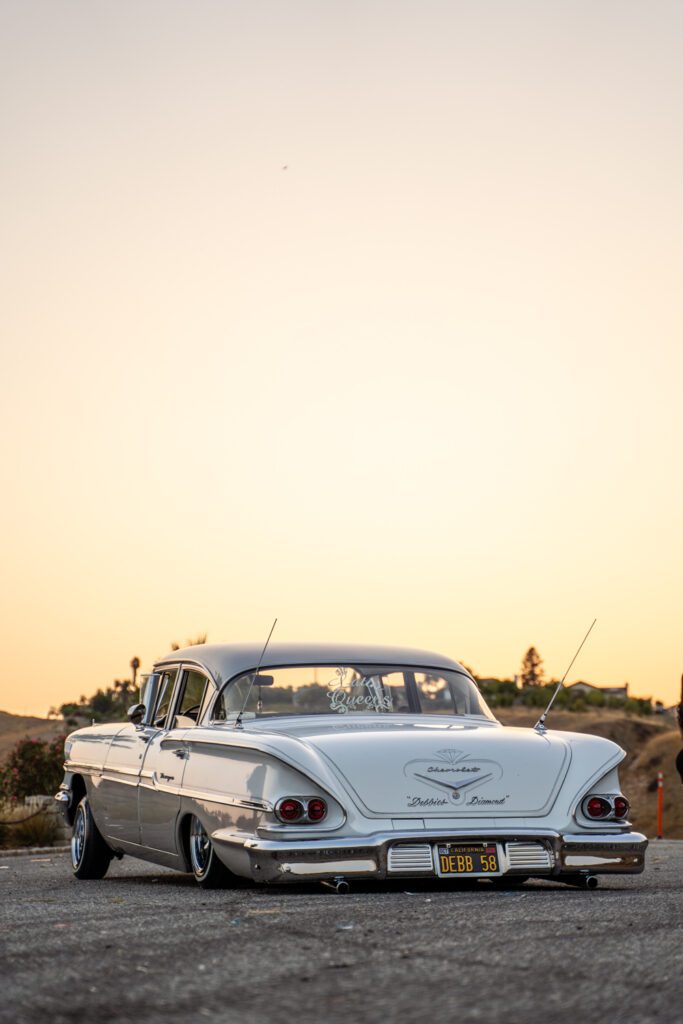