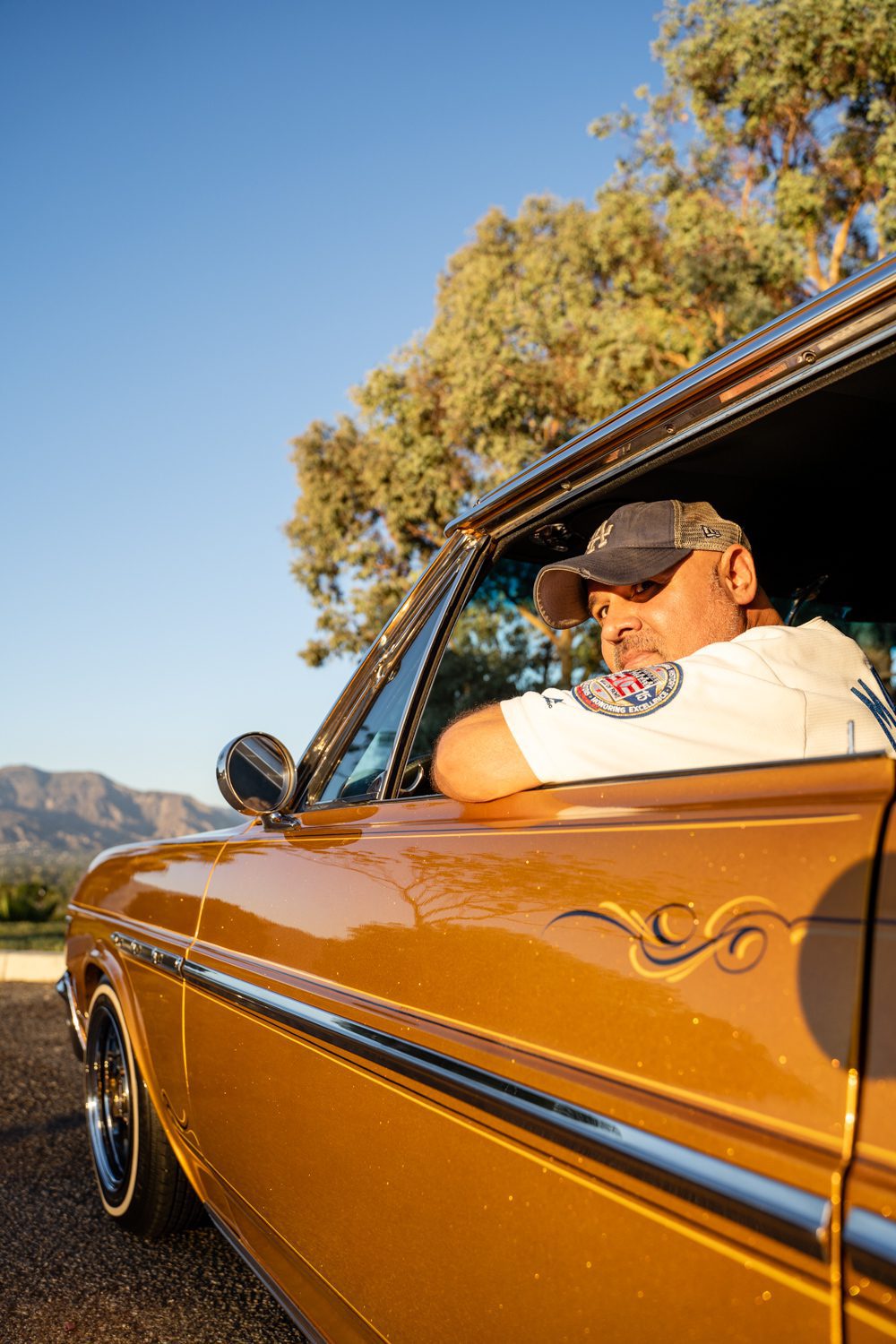 My Brother's Keeper: A '65 Buick Skylark that fulfills his brother's dream

After the passing of his identical twin, he made sure that his brother's dream lived on

Back in the 80's we would cruise Tavi's Buick, but we never went far because it would always break down."
George Martinez
Tavi's Identical Brother

Identical twins are rare. So rare, that there’s only a 0.3 chance of any pregnancy resulting in identical twins. It’s also no surprise that twins tend to be closer than regular siblings and share a bond that is unexplainable. Just ask George Martinez, and he’ll tell you all about the relationship he had with his identical twin brother Tavi.

They had plenty of shared interests and as George reminisces, he says,  “My brother and I shared a lot of things, and let’s just say dating in our younger years definitely produced some interesting memories.”

But that all changed on Mother’s Day. 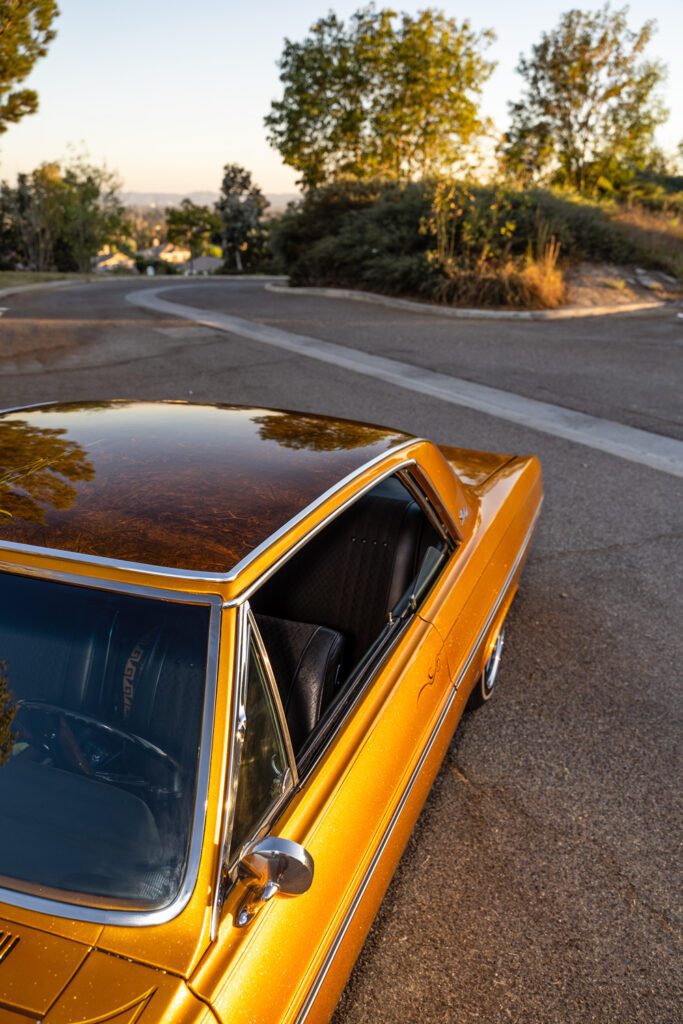 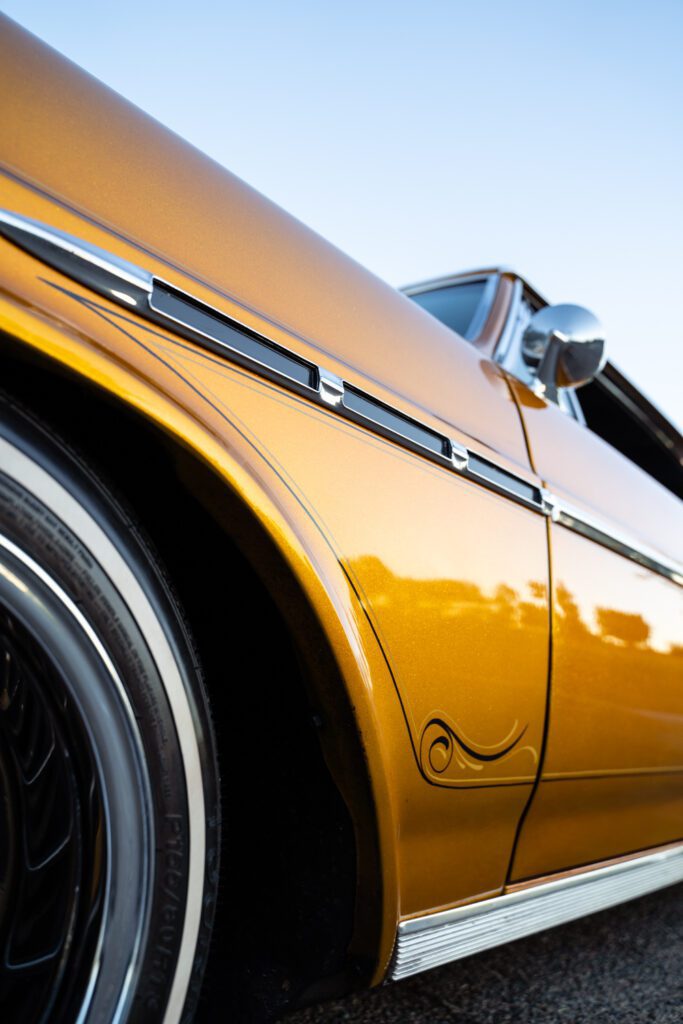 Tragically, Tavi passed away in 2016 on Mother’s Day. Tavi told George he was coming over, and when he didn’t show up, they thought he was running late. By 3 pm, George got the call that would shatter their lives. His friend told him that he needed to head over to his sister’s house right away because Tavi had passed. As George reflects on that day, you can tell how traumatizing that day was, and that’s when he said,  “Since that day, the entire family has never celebrated another Mother’s Day.”

After his passing, George always remembered his brother Tavi talking about how he wanted to lowride his Buick. It was one of his dreams, and George was committed to making Tavi’s dream come true. “Tavi lives through me now,” says George. “At the time, I had other projects I was working on, but I had to finish what my brother started. It wasn’t easy, but it was definitely worth it.”

He started by having the Buick stripped down to bare metal and then had all blemishes and dings massaged out.  It was then doused in four coats of Aztec Gold candy and layered with pinstriping and custom roof treatment.

A few pics from the five year process that had led to the creation of this incredible masterpiece. Along the way, George had to deal with a bodyshop that closed down, a few painters that made empty promises, and all the traditional problems that many of us have encountered. Nonetheless the final product was worth the headaches.

"Lowriding has come a long way. I recently went on a cruise with a buddy, and minutes after he broke down, a few lowriders who we didn't know pulled over and helped us get back on the road. That camaraderie is something that would have probably not happened back then."
George Martinez
Tavi's Identical Brother 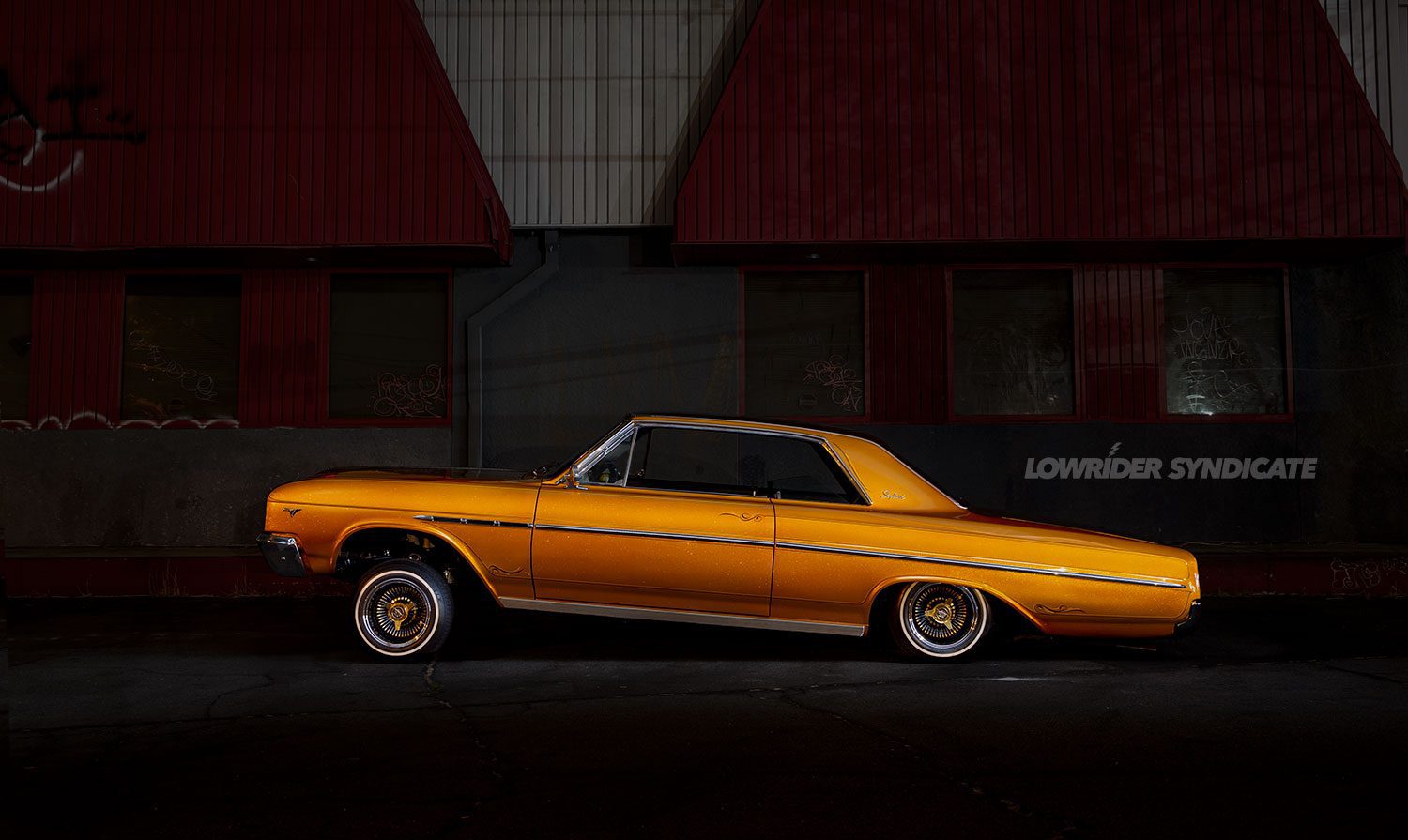 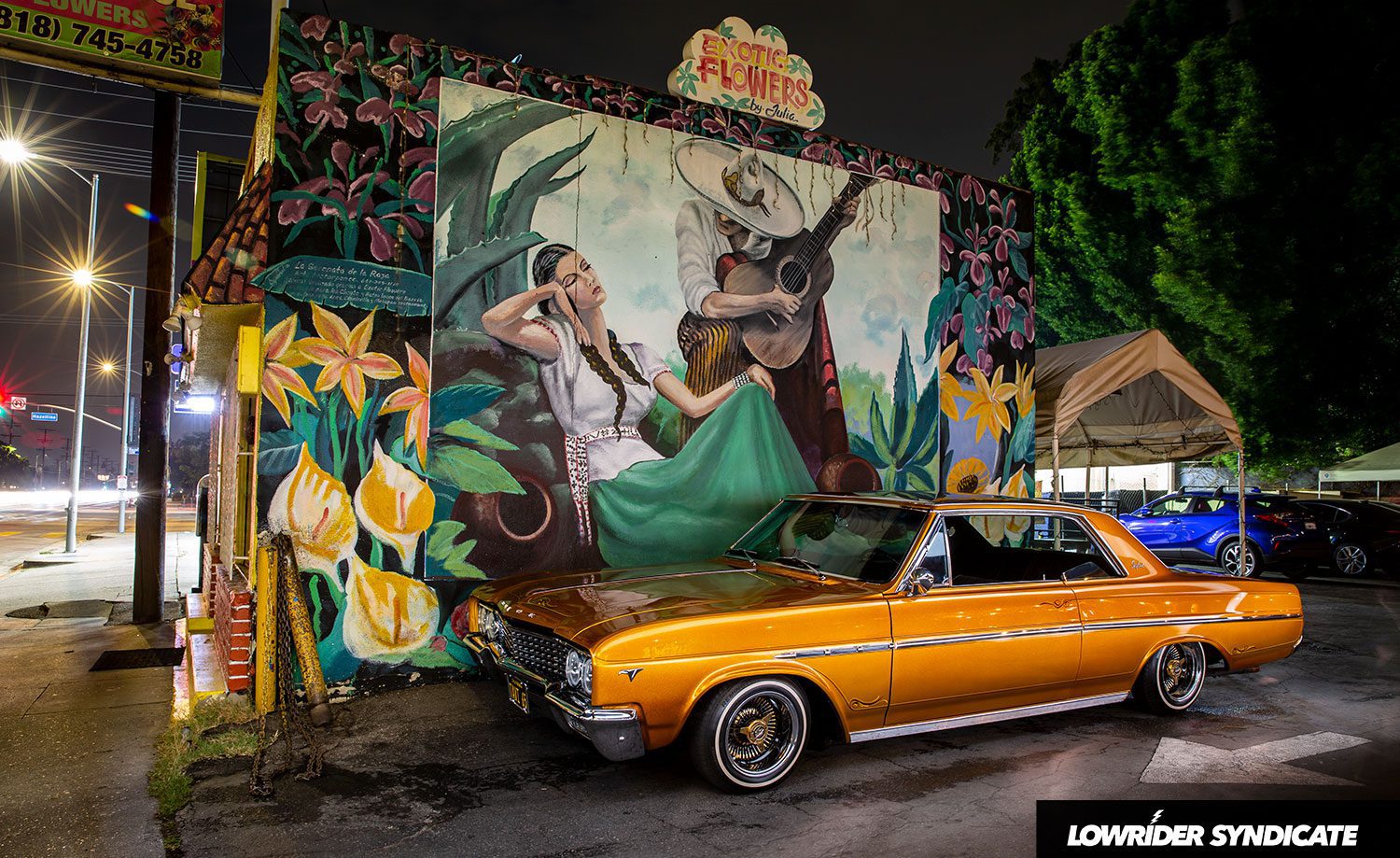 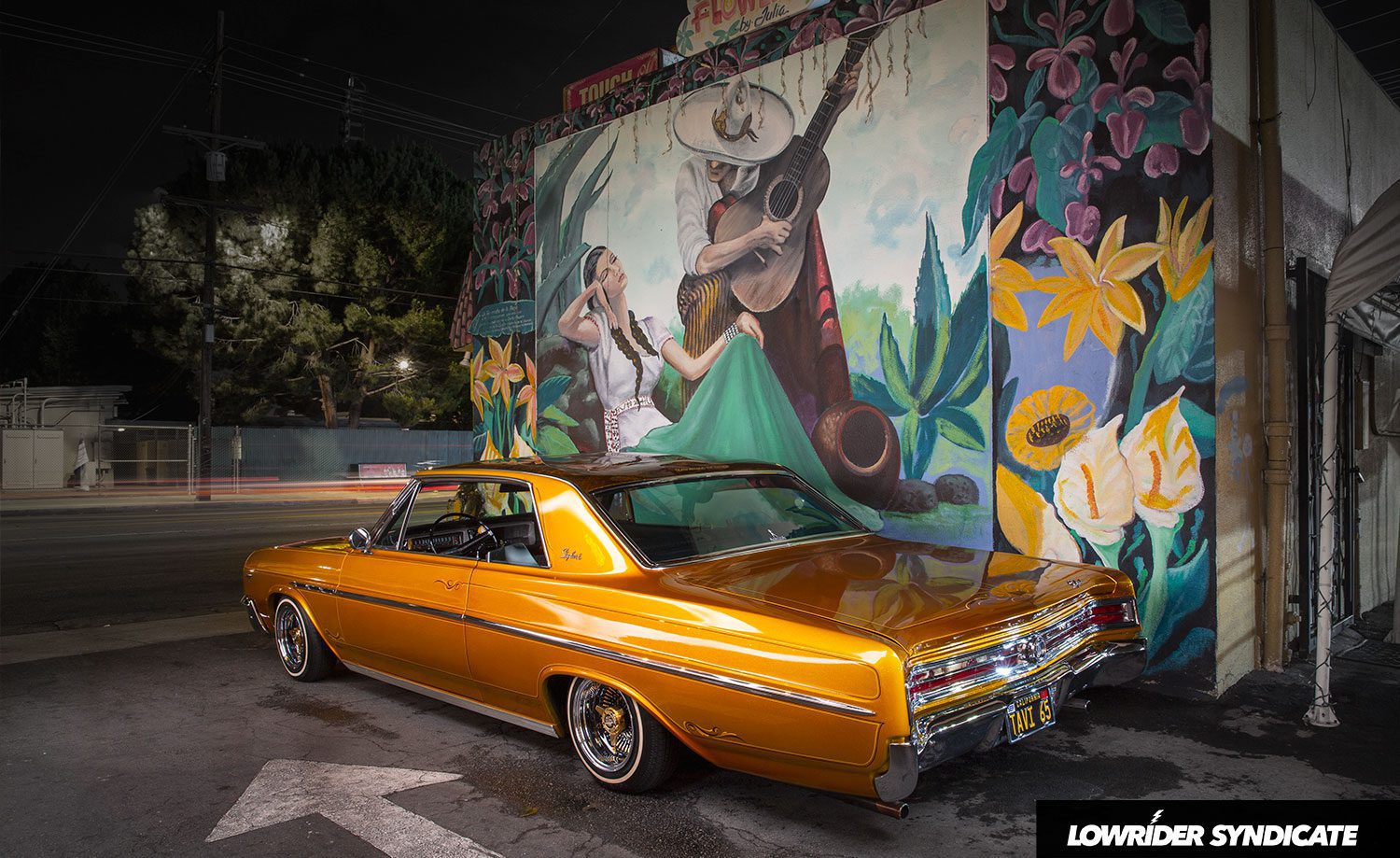 At night the hues of the candy, and the flake all work together to put on a visual escape

Once the Skylark was buffed out and reassembled, he slapped on a set of two-tone Zenith wire wheels with black spokes and gold spinners. Altitude control comes by way of a hydraulic setup using Pro Hopper components while the front A-arms were extended a 1/2 -inch giving it a mild tuck. 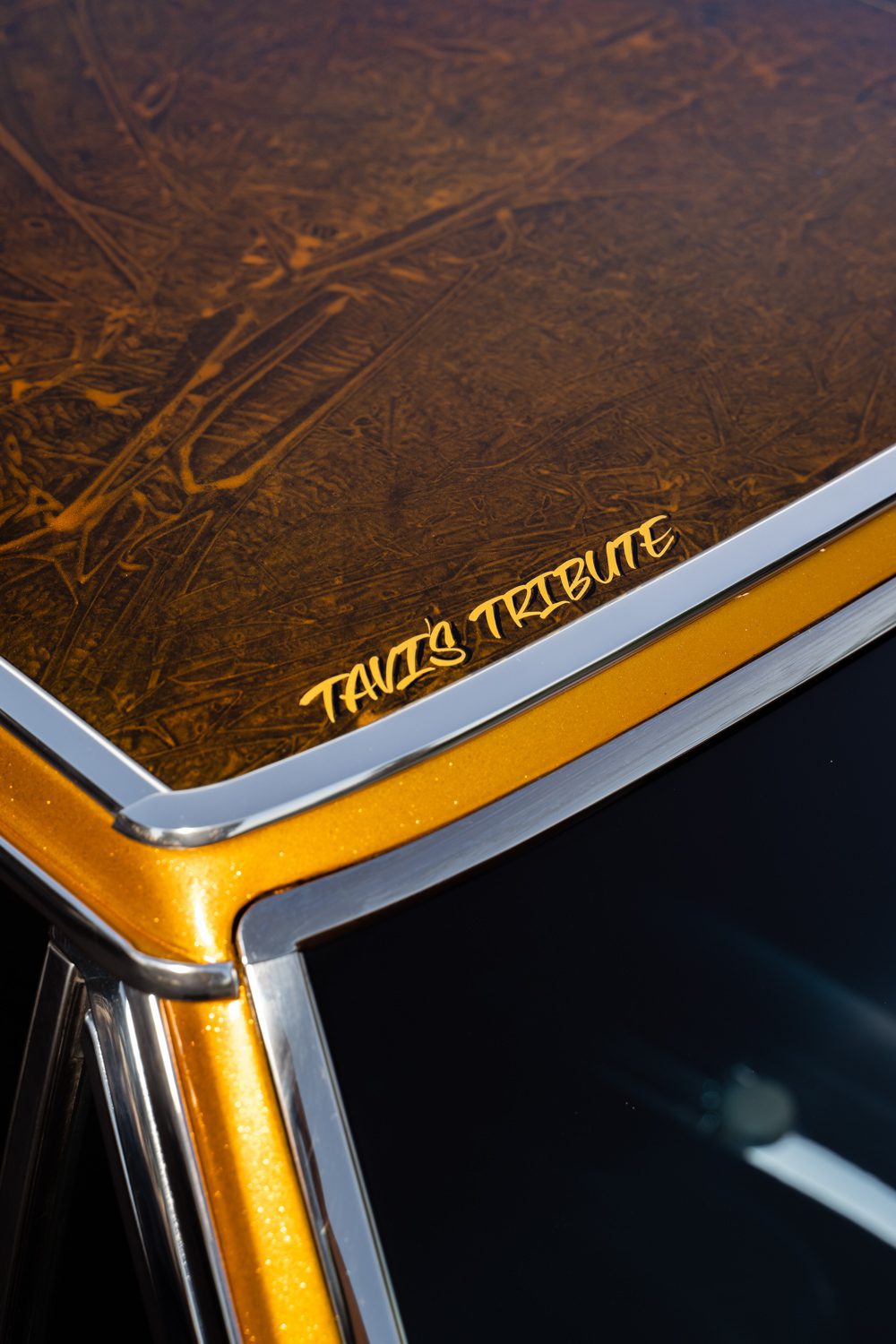 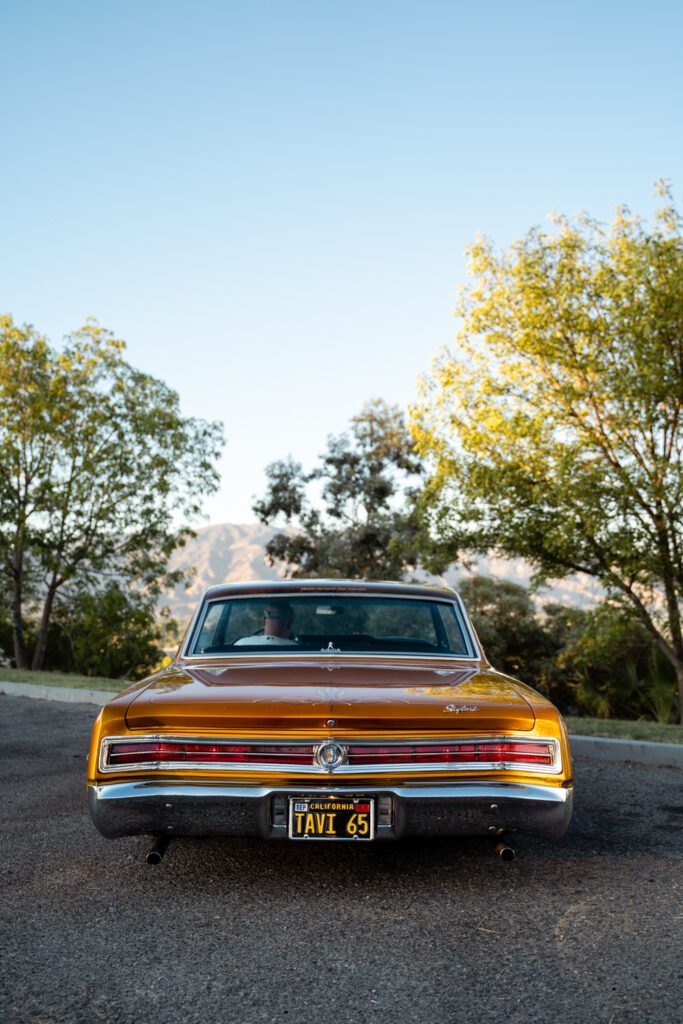 Tavi’s Tribute: Built to fulfill his brother’s dream of lowriding his Buick

The car, appropriately named “Tavi’s Tribute,” is a rolling piece of art. Especially being a Buick, it offers a fresh perspective that’s not often seen in lowriding. With Chevrolet’s being the most popularized platform for lowriding, this Buick definitely brings style to the table and offers potential solutions for those priced out of Impalas. On the same note, parts for the 1965 Skylark have been considered scarce and quite pricey, so if you’re in the market, George’s recommendation is to purchase one that’s as complete as possible. 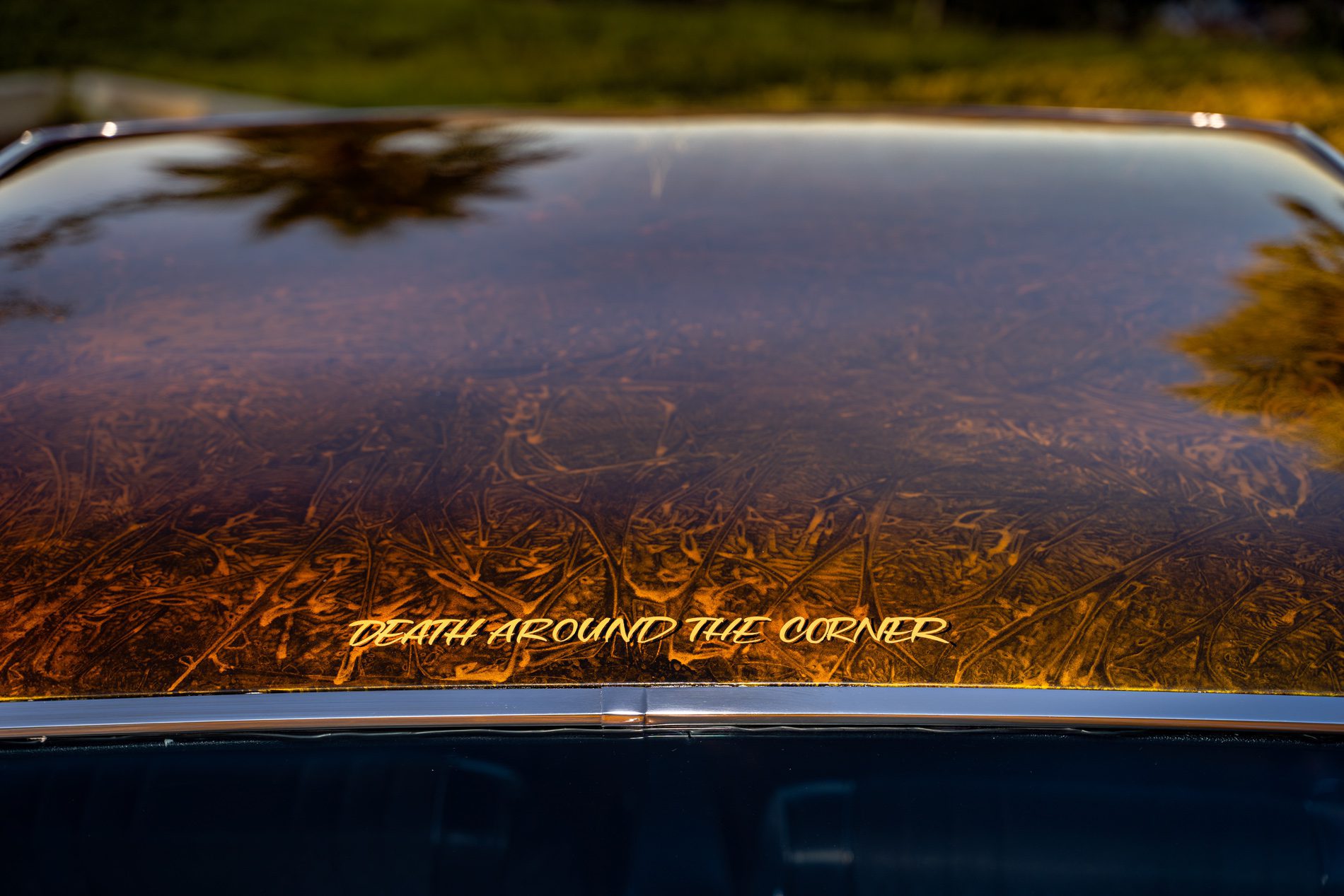 Named after 2Pac’s song, Death Around The Corner. A tribute build to remind us all that our time is limited and that we should cherish the people closest to us.

Instead of putting the traditional  “RIP” or “In Loving Memory” commemorations, George decided to go with “Death Around the Corner” – the title of a popular 2Pac song. Some see this as being dark in nature, but not for George. This is his reminder that life is short and to live life to the fullest. “It could be an amazing day, but things could take a turn for the worst within seconds and you just never know,” says George.

That’s something George knows all too well. He’s been through his fair share of trials and tribulations, but no matter the problem presented he’s always persevered. He’s a survivor at heart. As a former gang member, George turned his life around and became a commercial diver, but when that career came to a screeching halt, because of a lack of commercial diving gigs local to him,  he went back to school where he earned a Masters in Urban Planning. 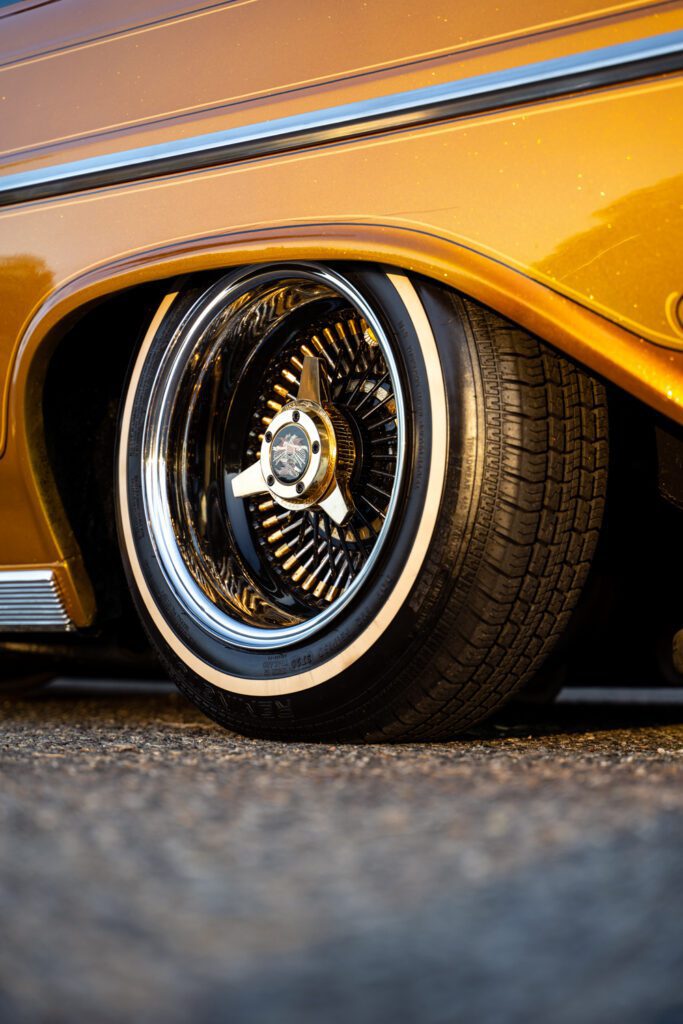 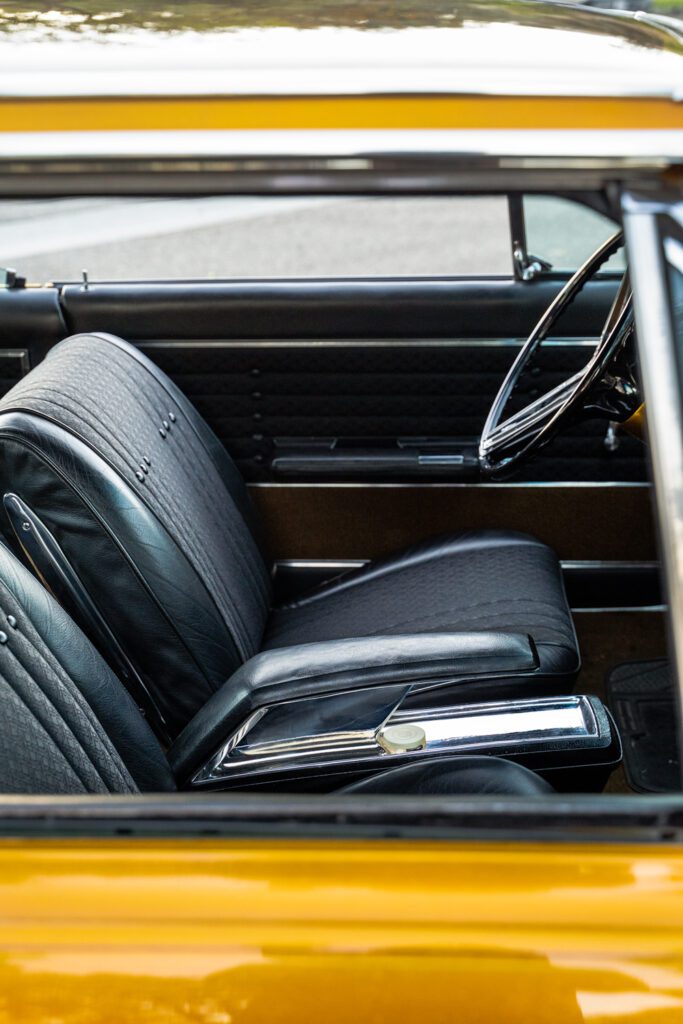 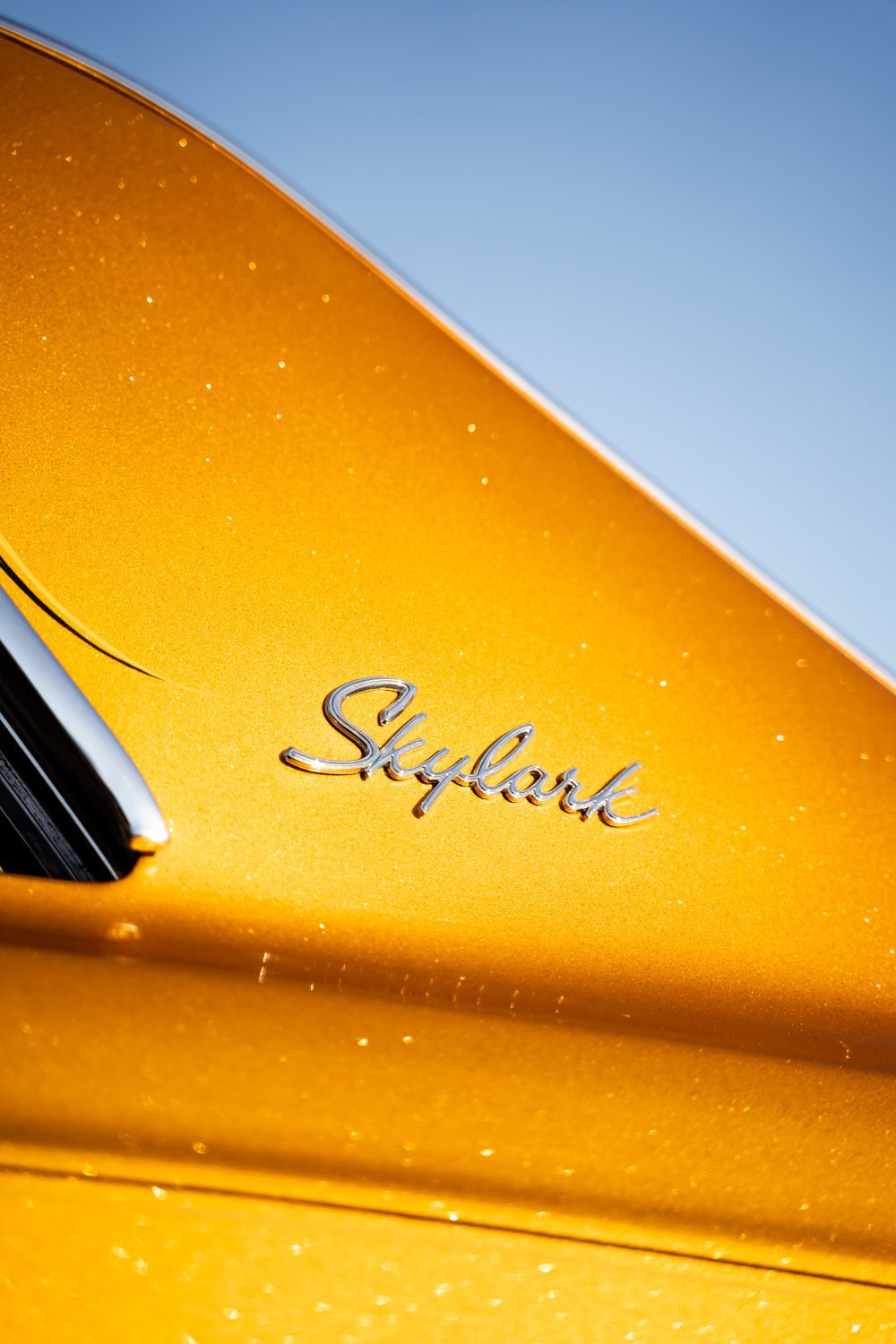 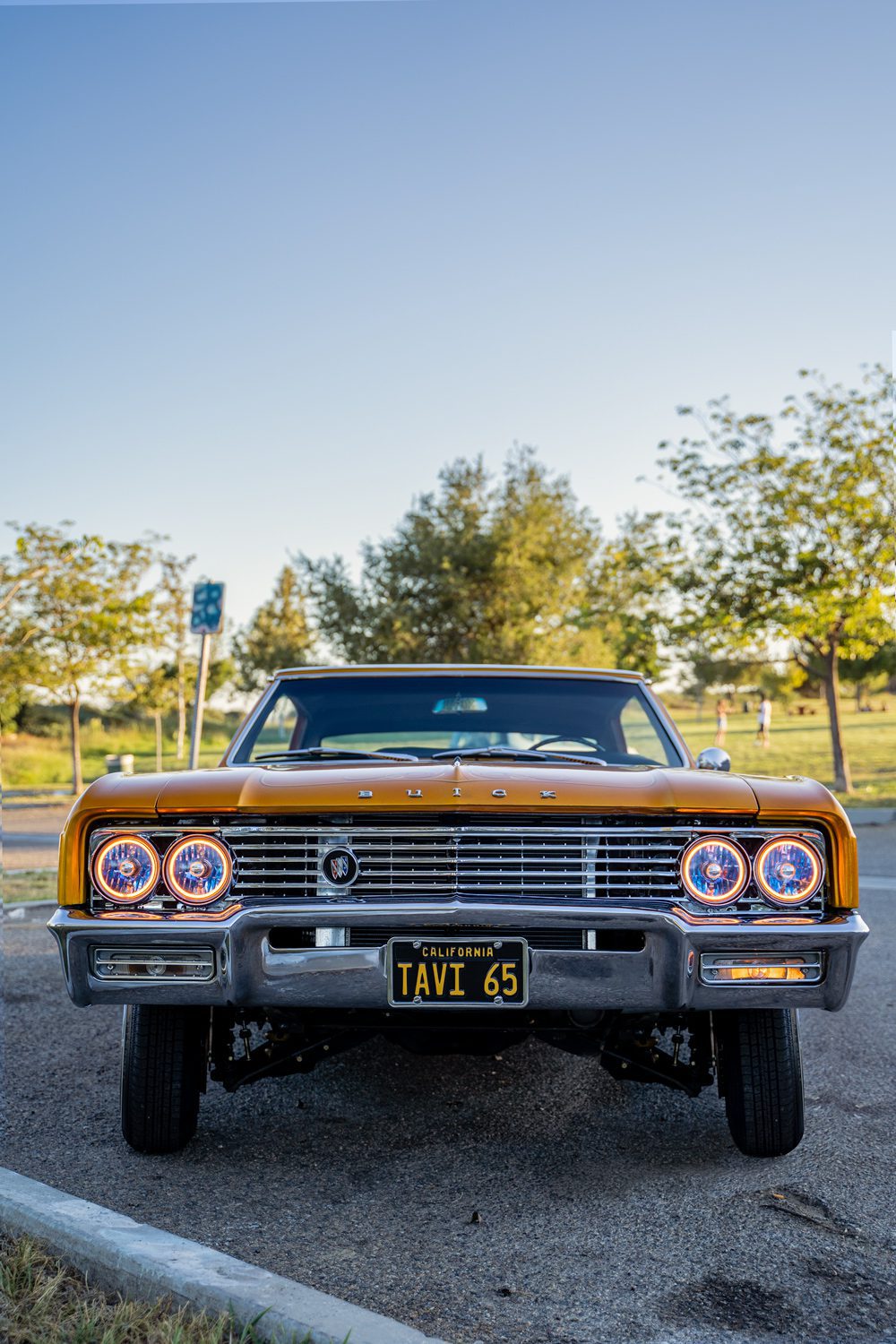 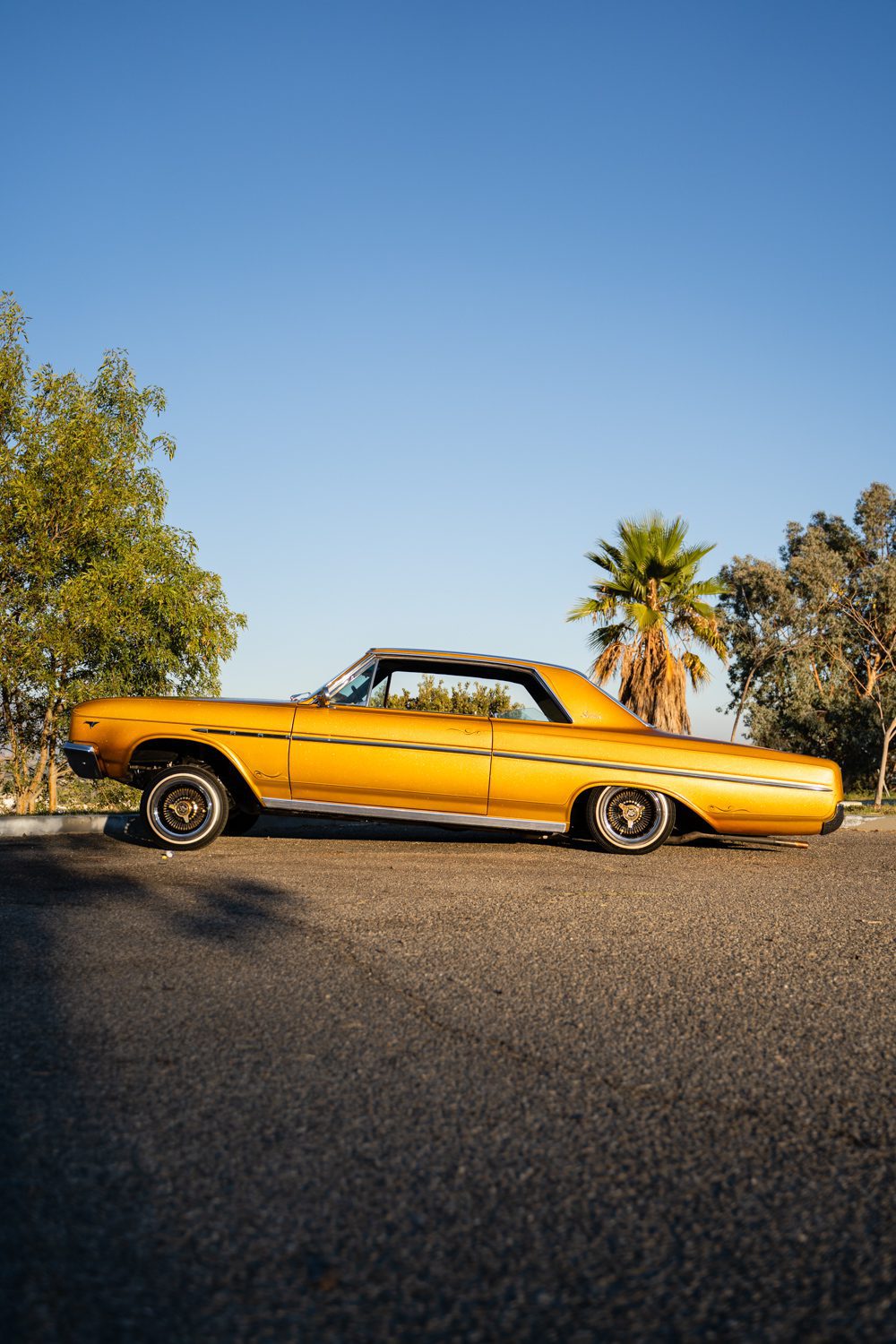 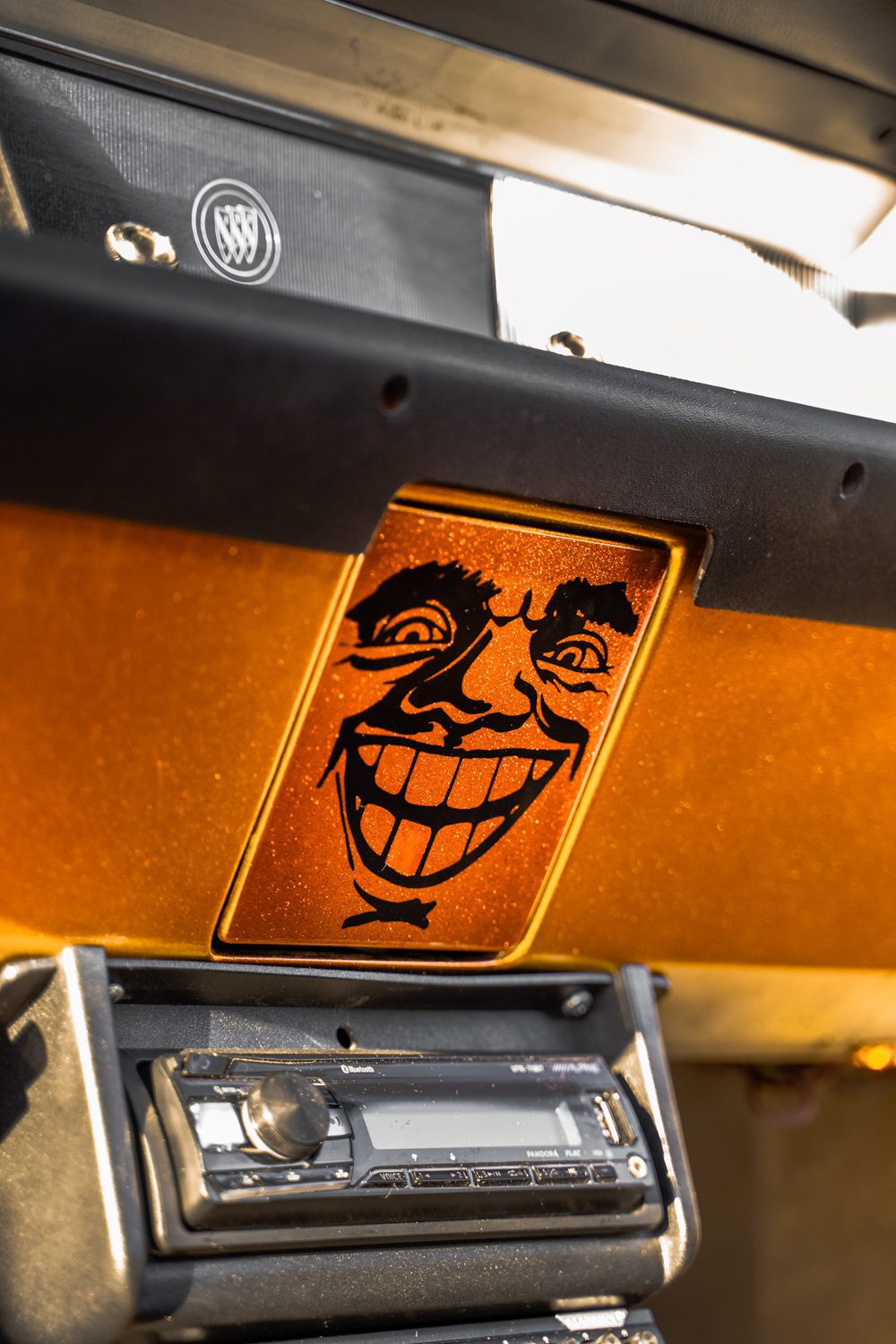 Tavi was known as Smiley, so Geroge wanted the Buick to have some of his brother’s personal character so he had the WAR album cover airbrushed in the middle of the dash, then added smiley faces to the valve stems and shifter tree. It’s an incredible build with plenty of sentimental value and lowrider that’s deserving of the love and attention it gets. Although it’s only been out a handful of times, George has already ironed out all the little kinks and now this roadworthy lowrider will be making its rounds in honor of his brother.