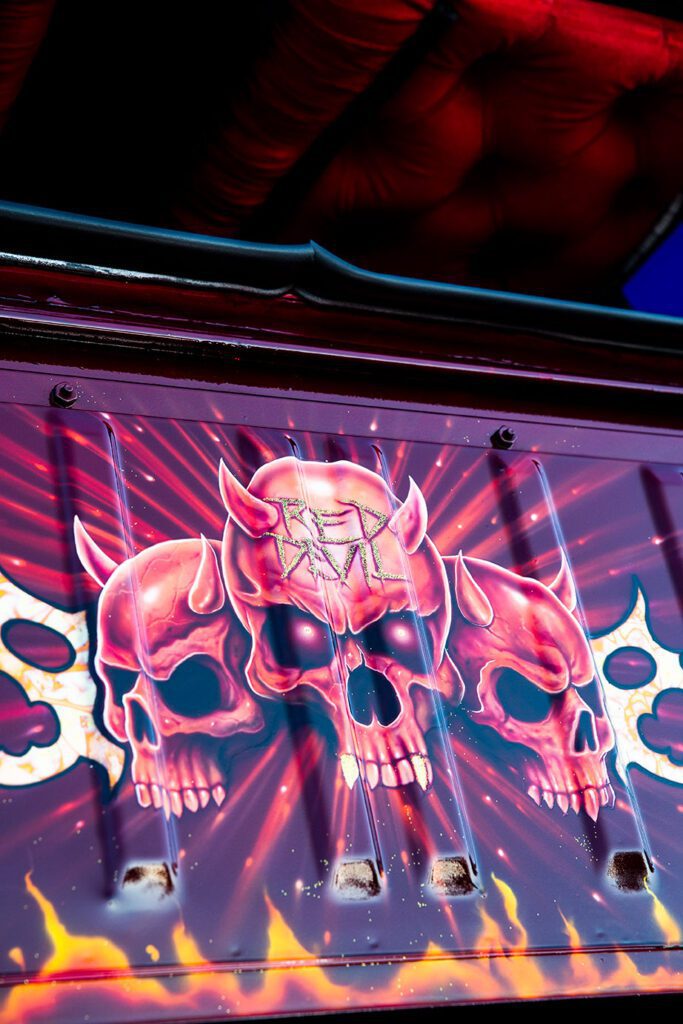 BLAST FROM THE PAST

This Nissan Hardbody is a blast from the past

The reemergence of the mini-truck scene brings back a ton of memories. These were the days of party crews, cruising, and who could forget the turtlenecks, pompadours, dancing beds, Trinere, L.A. Dream Team, Aquanet, you get the point. Simply put, the late ’80s and early ’90s were a time like no other, and these trucks were all the rage.

So, when Alfredo busted out his ’89 Nissan Hardbody, better known to most as “The Red Devil,” we were blown away as we took a trip down memory lane. As the original owner of the truck, he’s had it in his possession for over 30 years, and that in itself is impressive – and proof of his dedication to the mini truck scene. 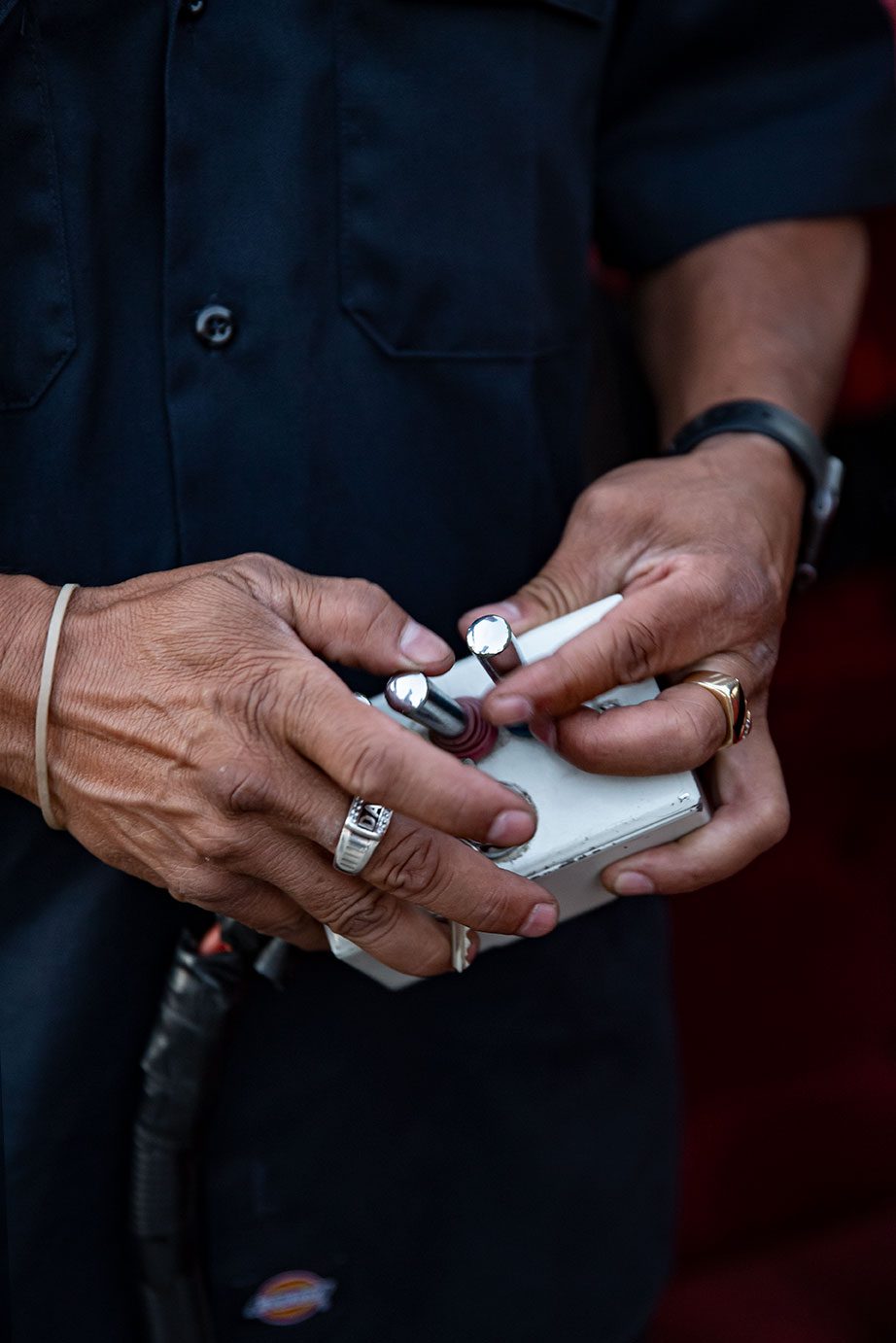 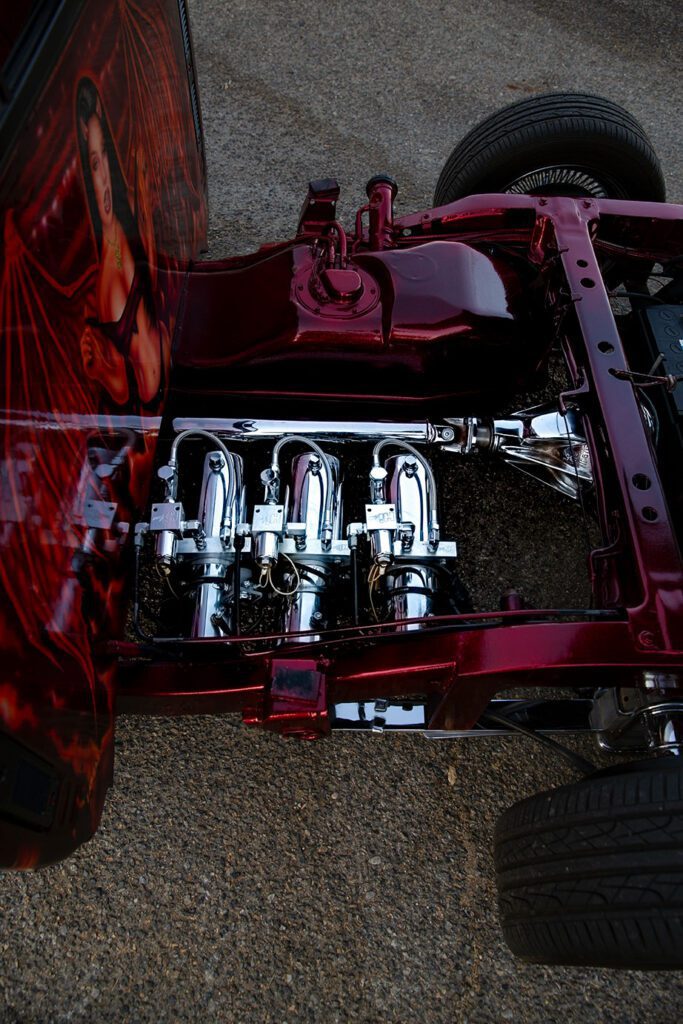 No newbie to the car scene, Alfredo’s first foray into custom cars began with lowriding when he purchased a 1964 Impala and turned it into a competition hopper. Years later, he dove into the mini truck scene and purchased a 1985 Nissan 720. Soon thereafter, he upgraded to a 1989 Nissan Hardbody that he picked up for $9,000, and that love affair would have him spending $30,000 building what would become known as “The Little Red Devil.” 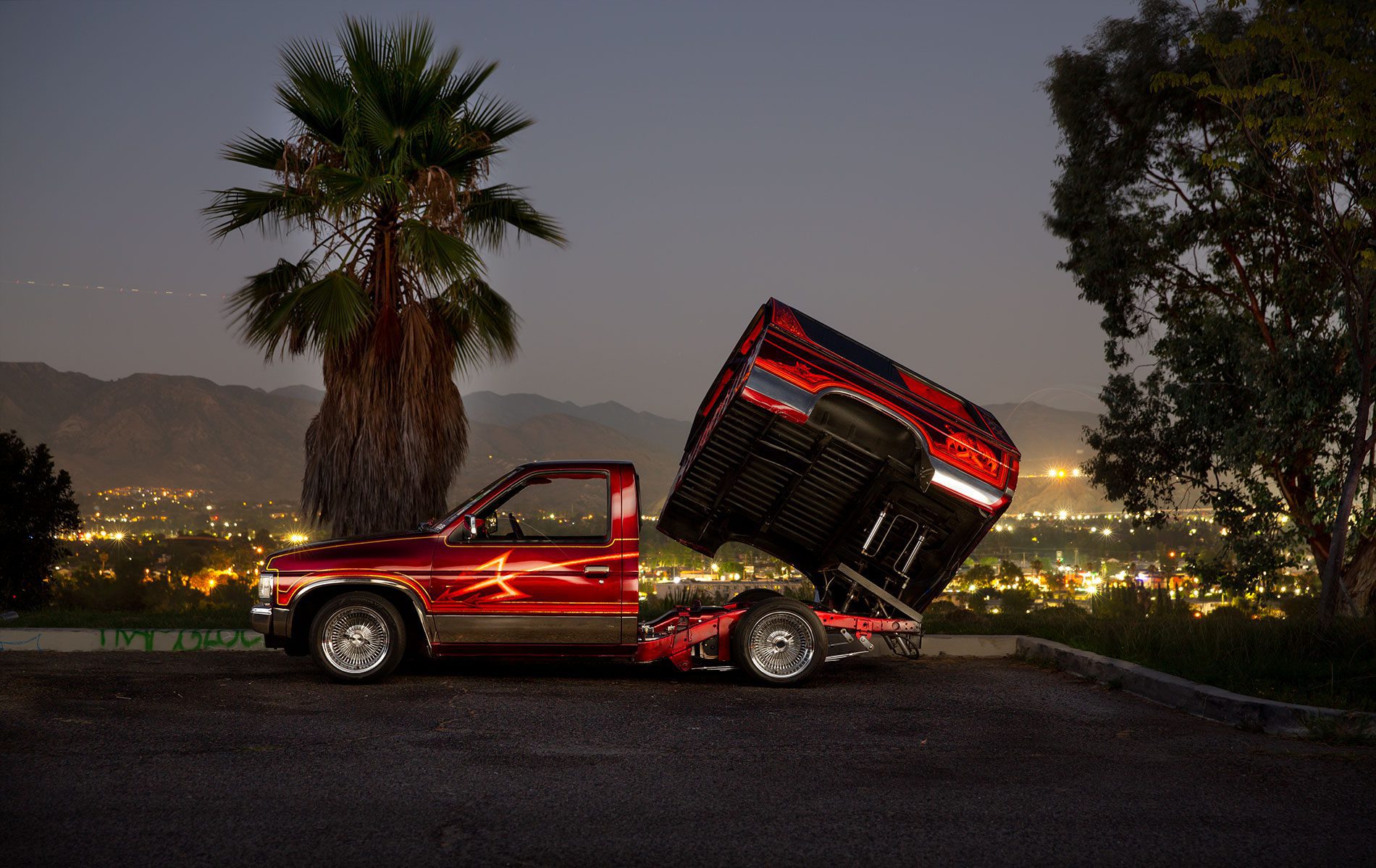 His efforts would land him a cover of Lowrider Magazine in 1994, with additional follow up features throughout the next decade. Fast forward to present day, and the truck retains most of its original character including the OG interior from Alfredo Pinas and all the original chrome accents which have survived the last 30 years in near perfect condition. 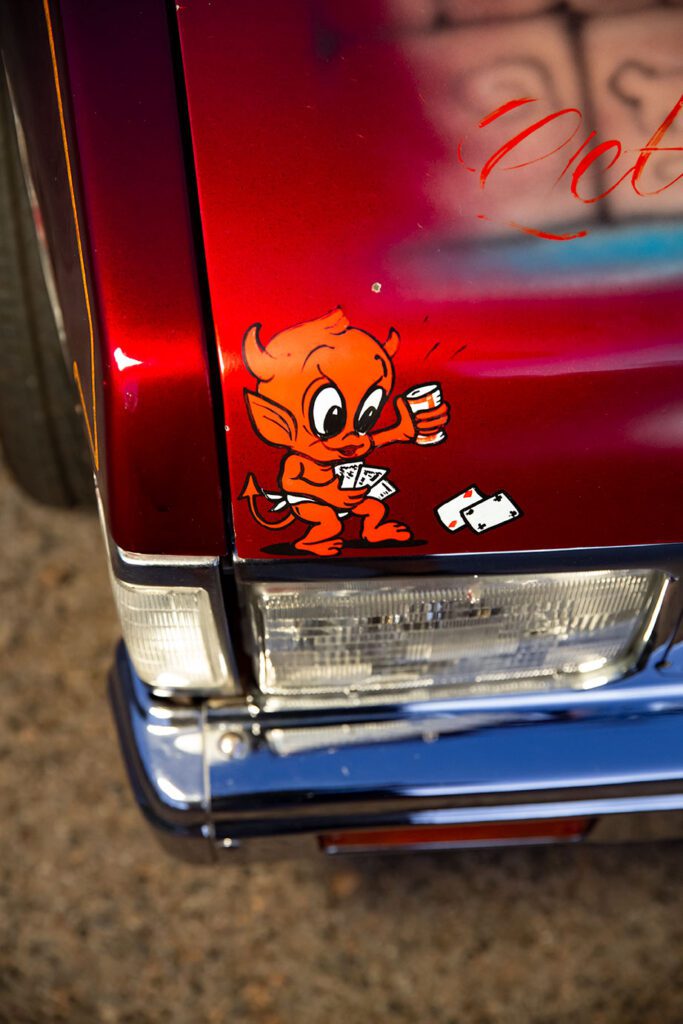 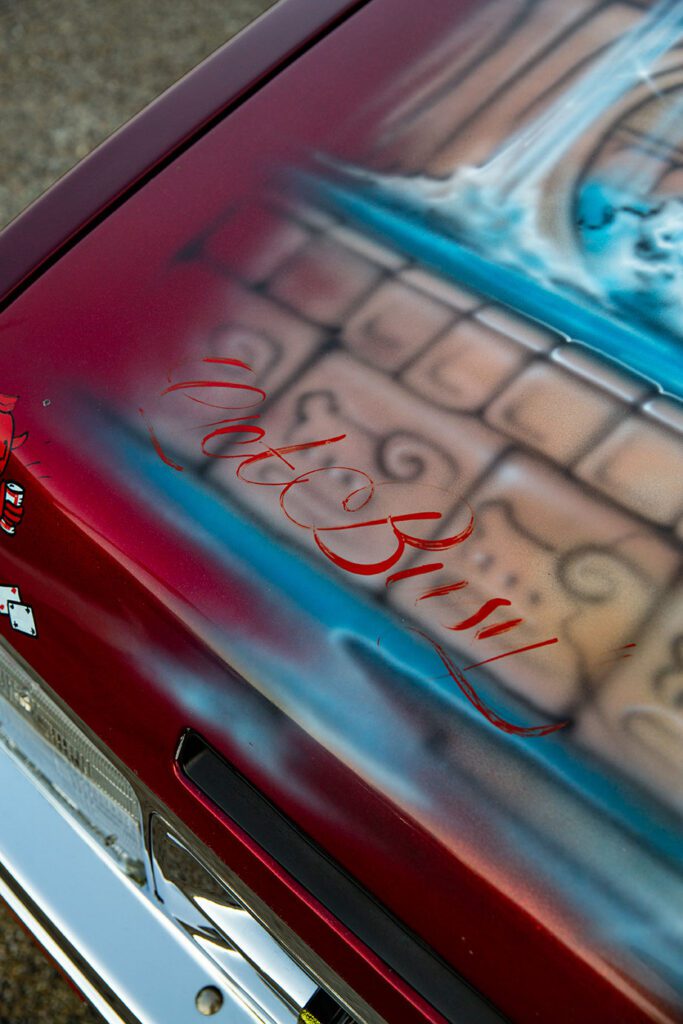 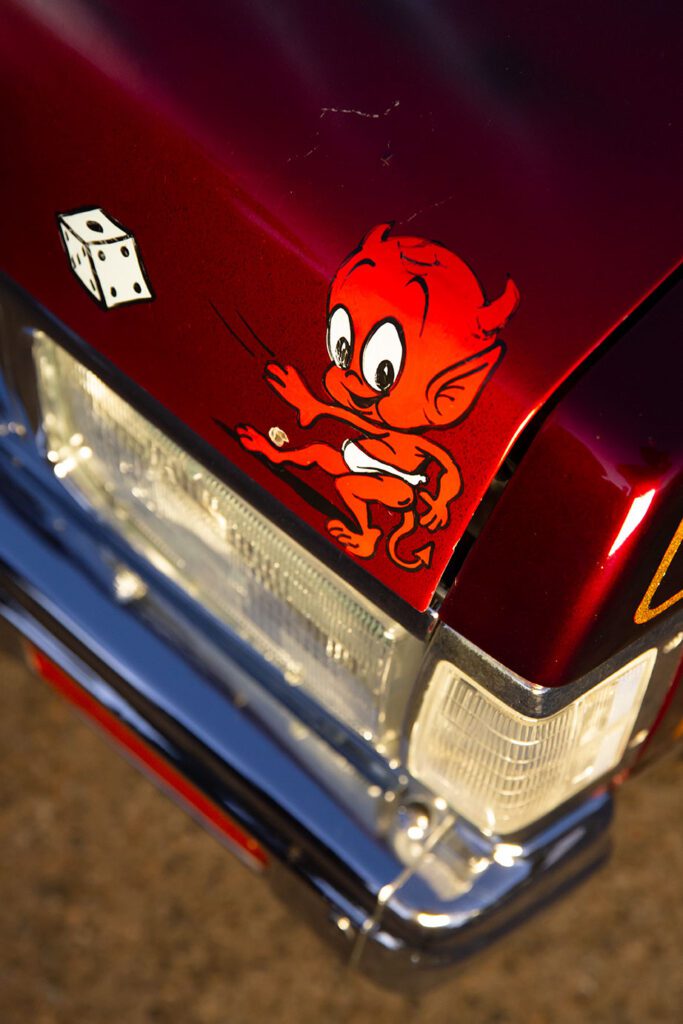 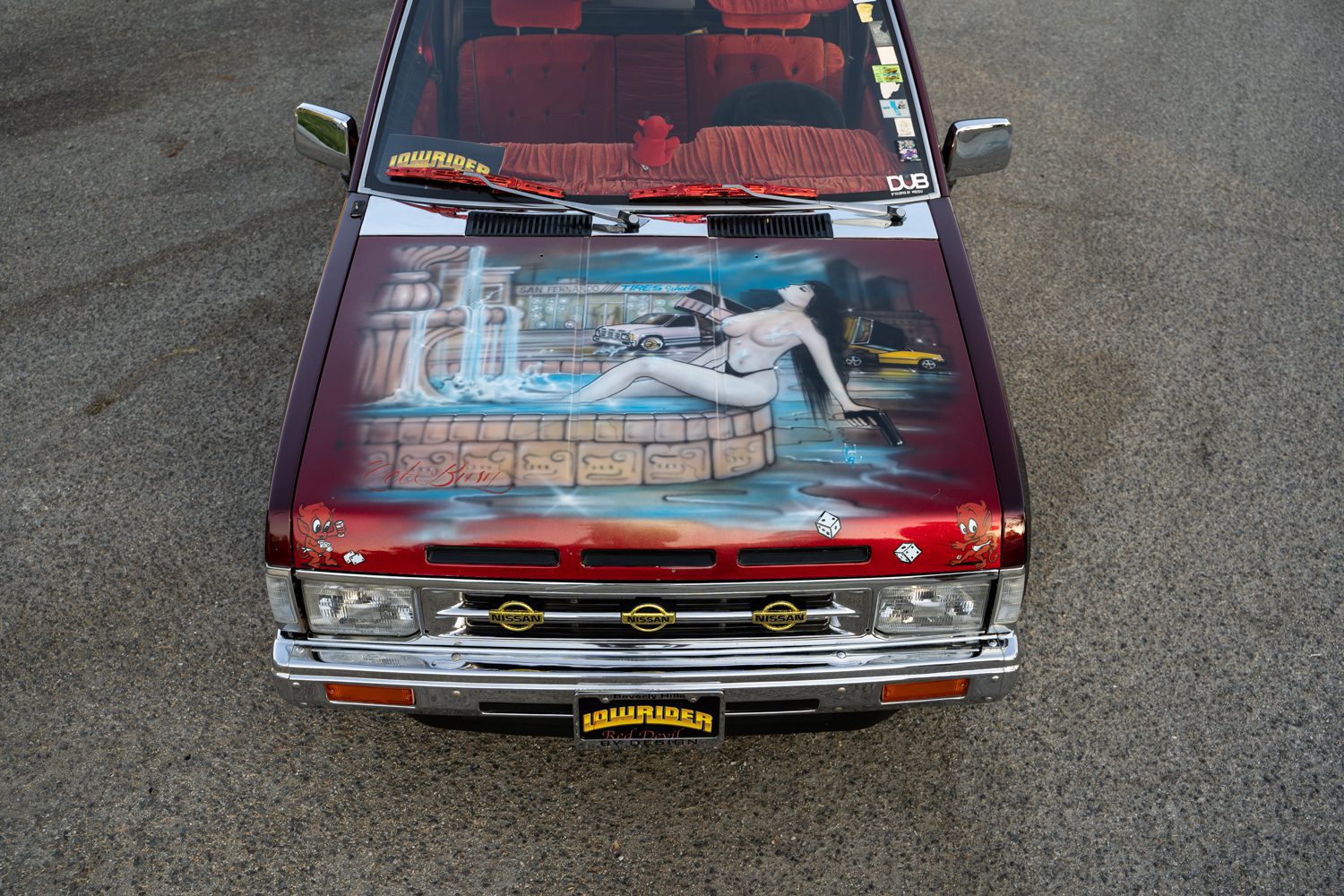 At the time of the shoot, Alfredo had his original “Get Busy” themed hood on the car. Although it shows signs of its age, it’s to be expected since it was painted back in the late ’80s.

It’s not often you meet someone with a muraled trunk or hood, but even more rare is to find someone that has three different hoods. As if that wasn’t enough, Alfredo is already planning a fourth hood which we can’t wait to see. 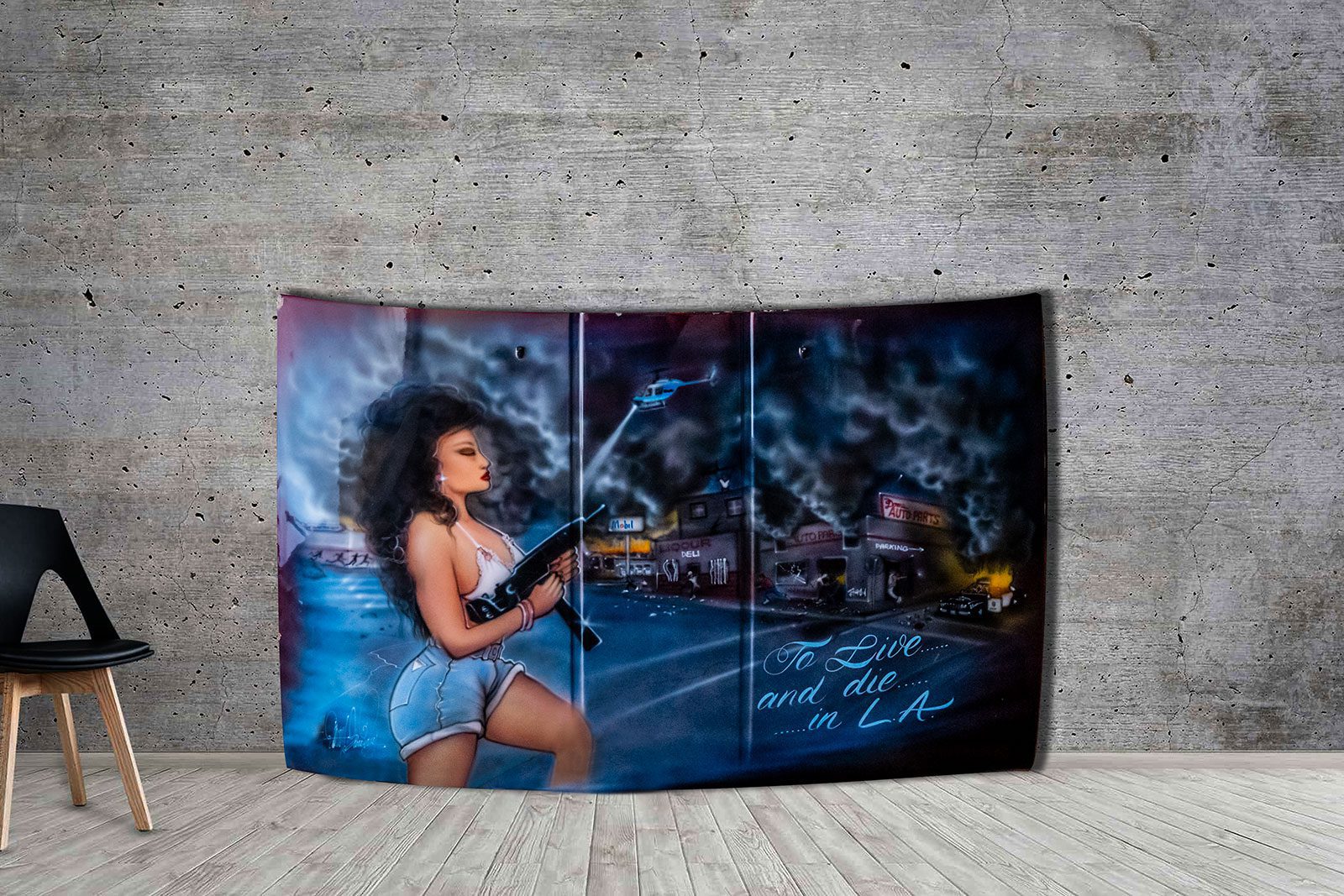 Alfredo’s second hood is called “To Live and Die in LA” and it captures and memorliazes the infamous Rodney King riots. 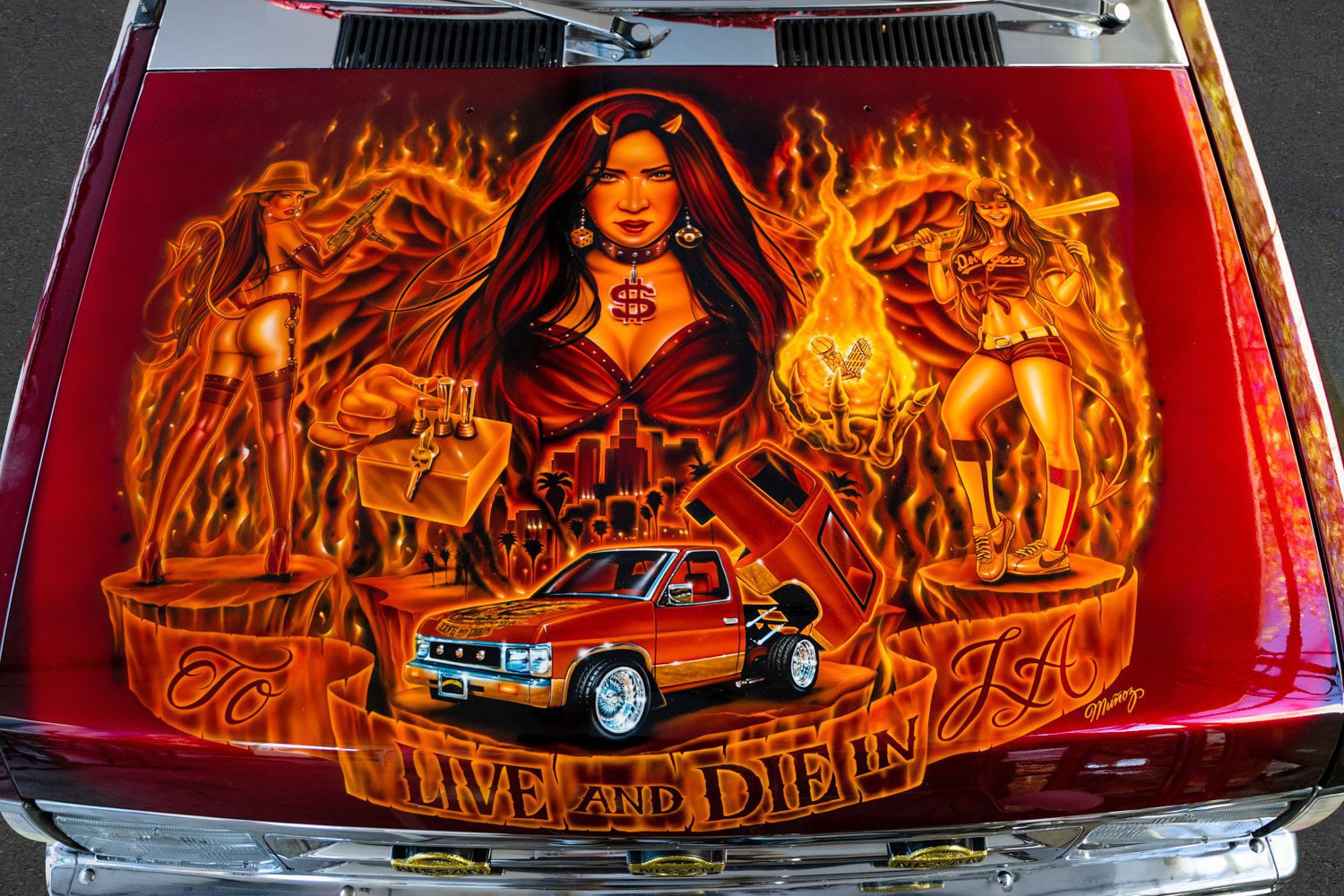 The last hood he had completed is the second incarnation of his To Live and Die in LA theme. Painted by Rick Munoz Designs. 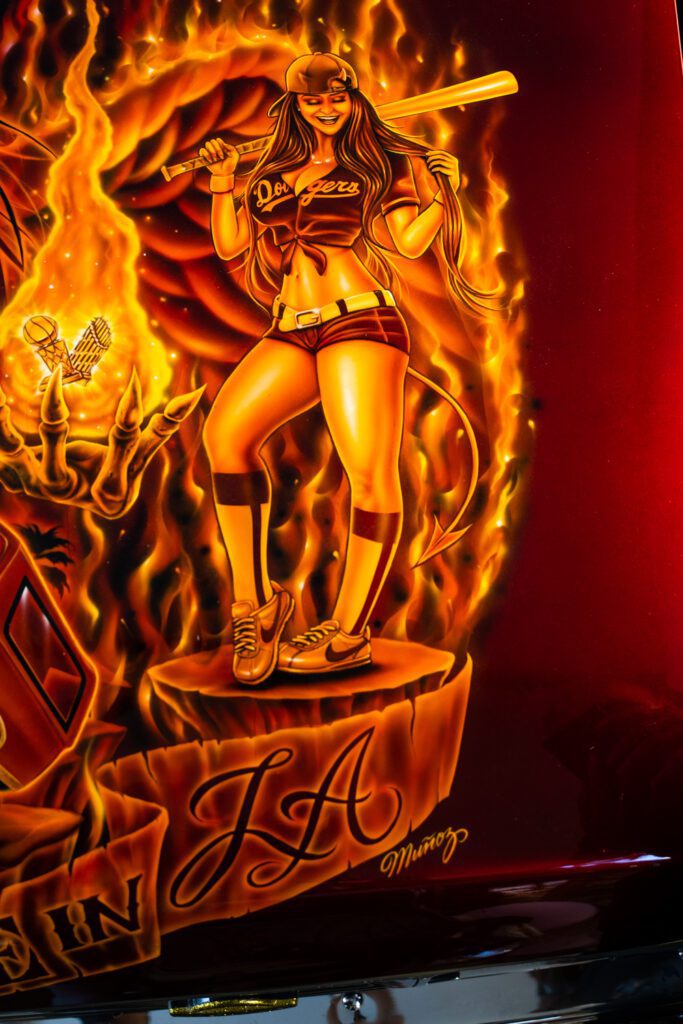 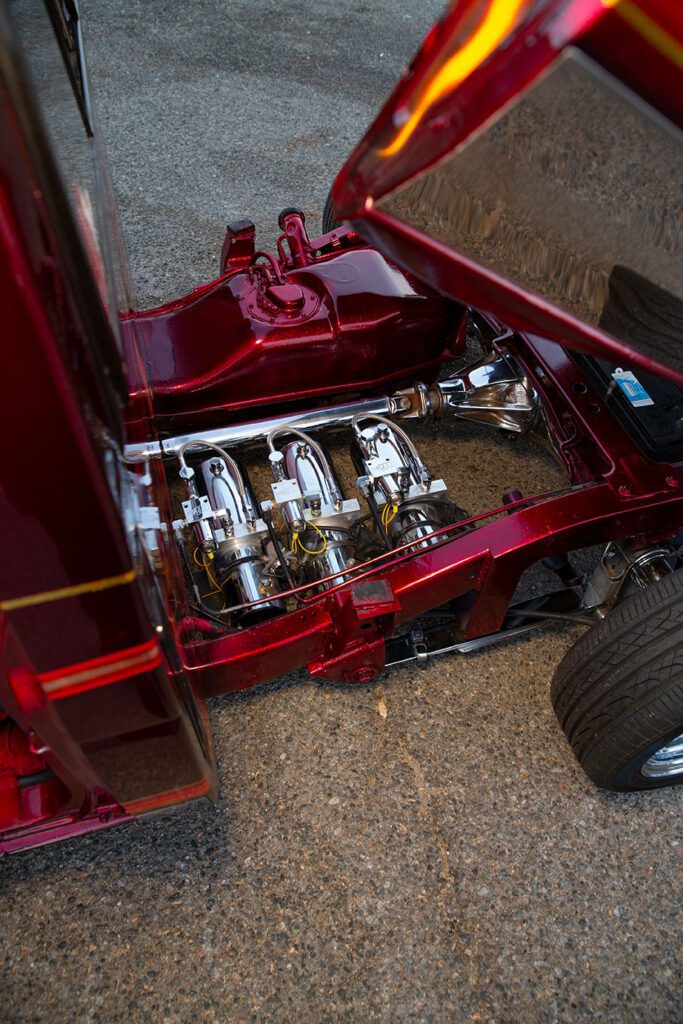 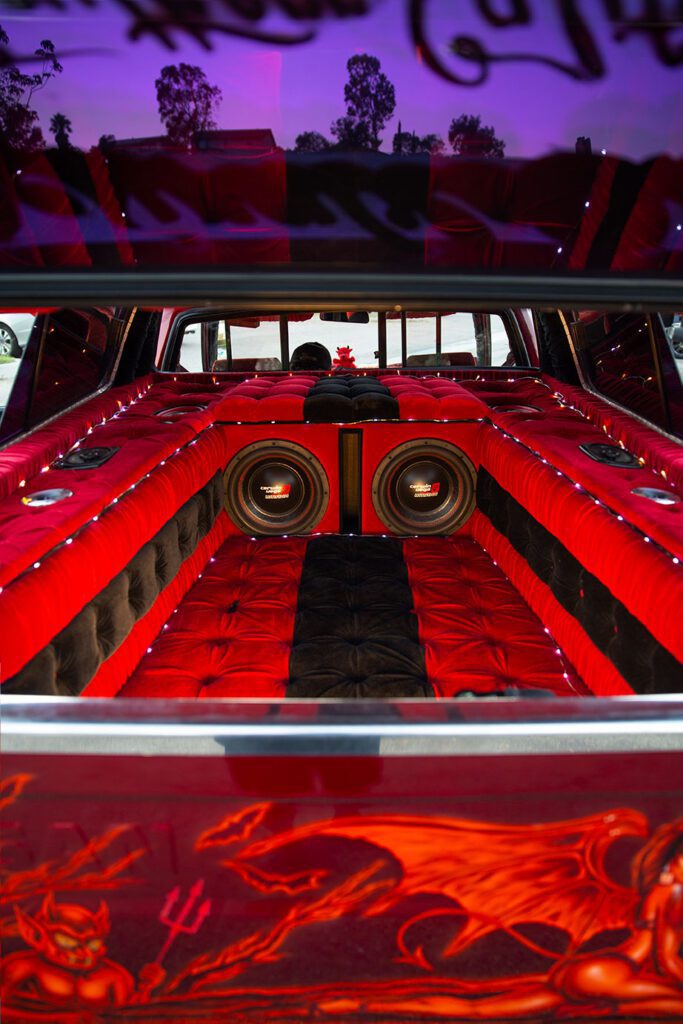 (Left) A trio of HiLow hydraulic pumps and dumps highlight the undercarriage. (Right) The details found throughout the truck are a definite throwback to a time of good music and chill vibes.

After showcasing at last year’s Super Show, Alfredo decided to freshen up the truck. Still, instead of just touching up the blemishes, he decided to have it all redone in a special collaboration between airbrush artists Rick Munoz Designs and Valerie Vargas – who herself makes an appearance on the passenger side of the cab. 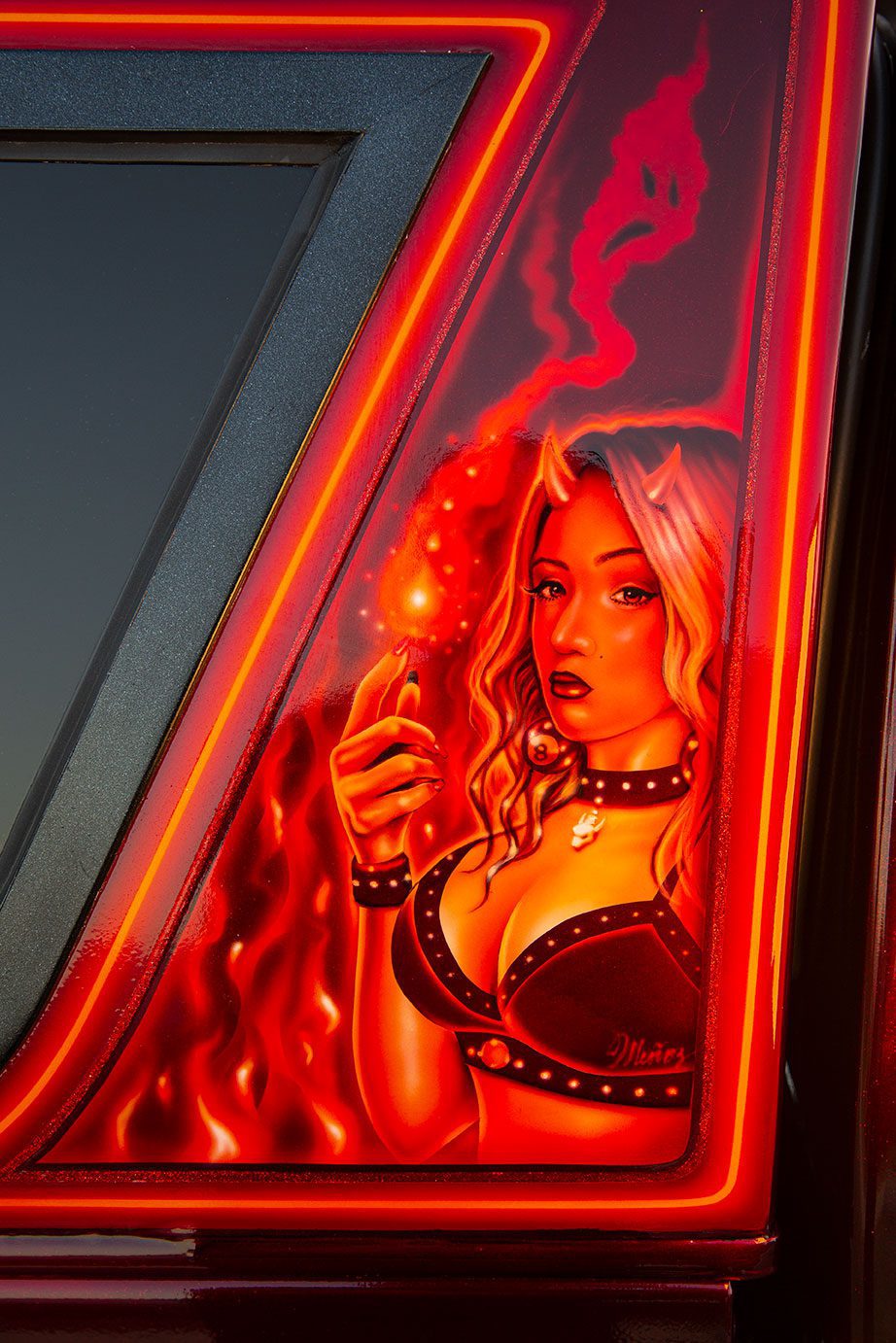 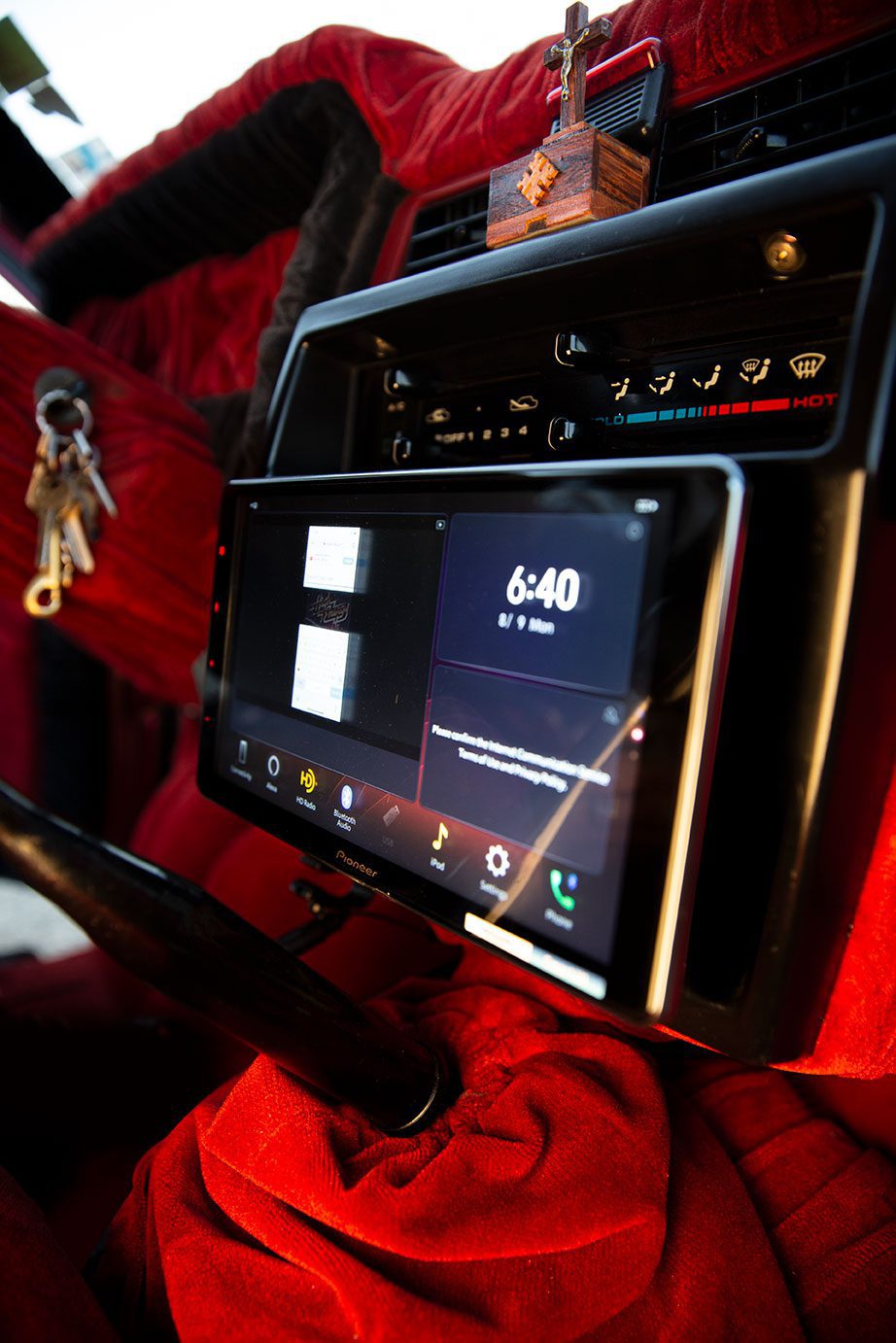 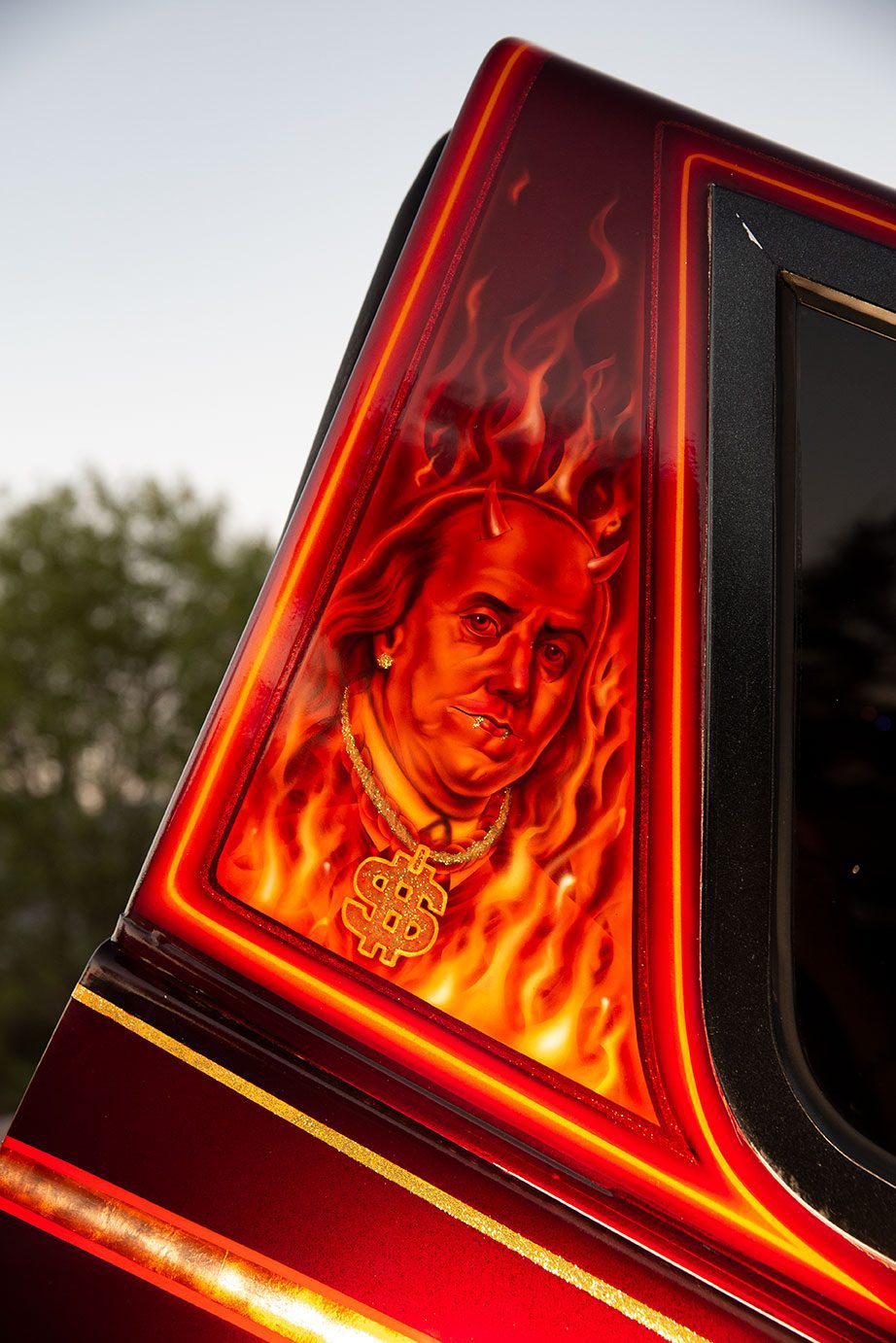 (Left) Valerie Vargas not only worked on the truck but had her image airbrushed by Rick Munoz  (Middle). A 10.1-inch Pioneer NEX head unit is the only thing modernized on the truck. (Right) This mural of Benjamin Franklin hits differently with the addition of flake on his chain and fangs.10.1-inch Pioneer DMH-WT8600NEX multimedia stereo installed

With 44K miles on the odometer, that averages only 1,375 miles a year, making this a definite gem for any Nissan Hardbody enthusiast. It’s a time capsule of memories, a throwback to better times, and a truck that many of us can admire as we relive our memories of the infamous mini truck scene that’s making a serious comeback. 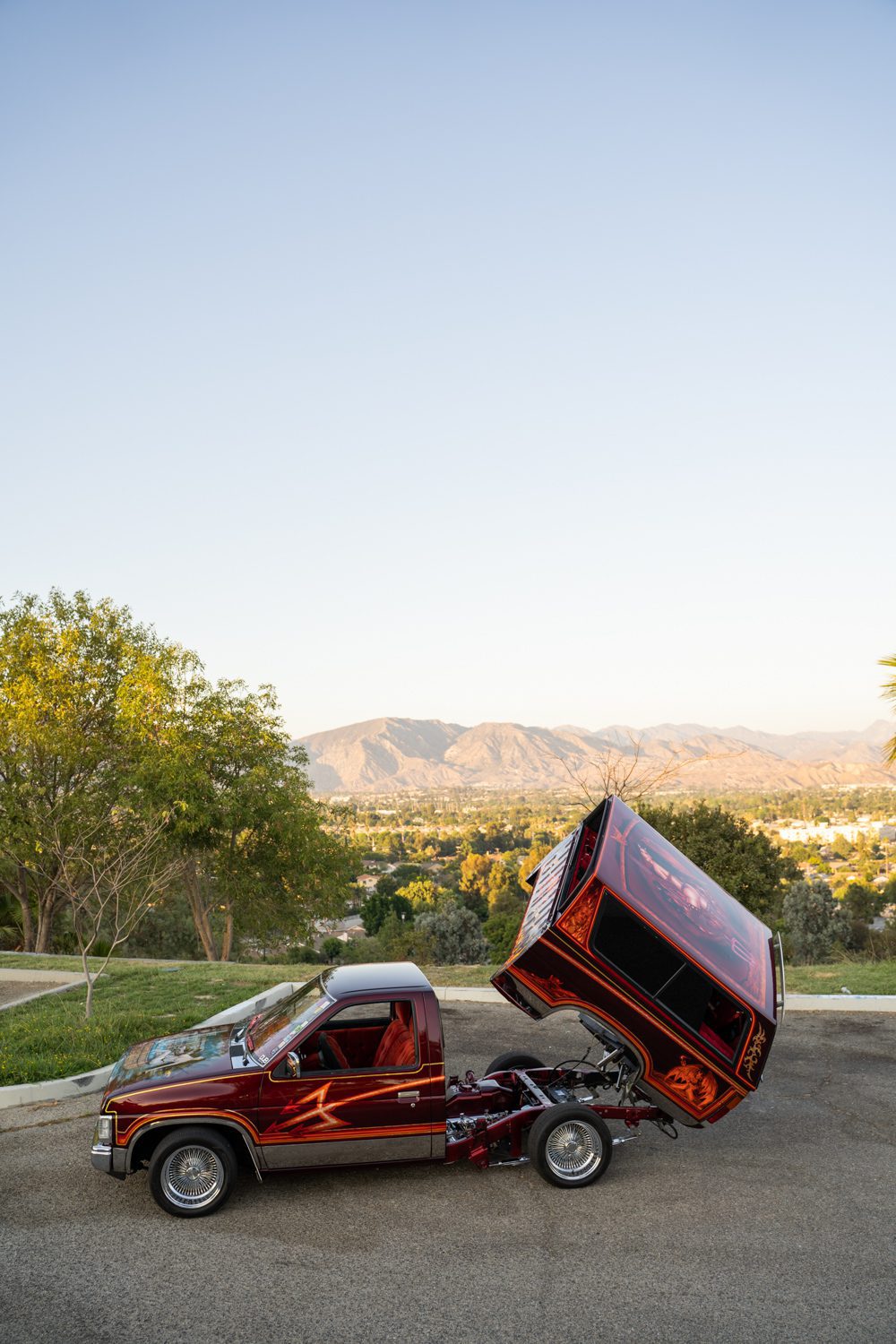 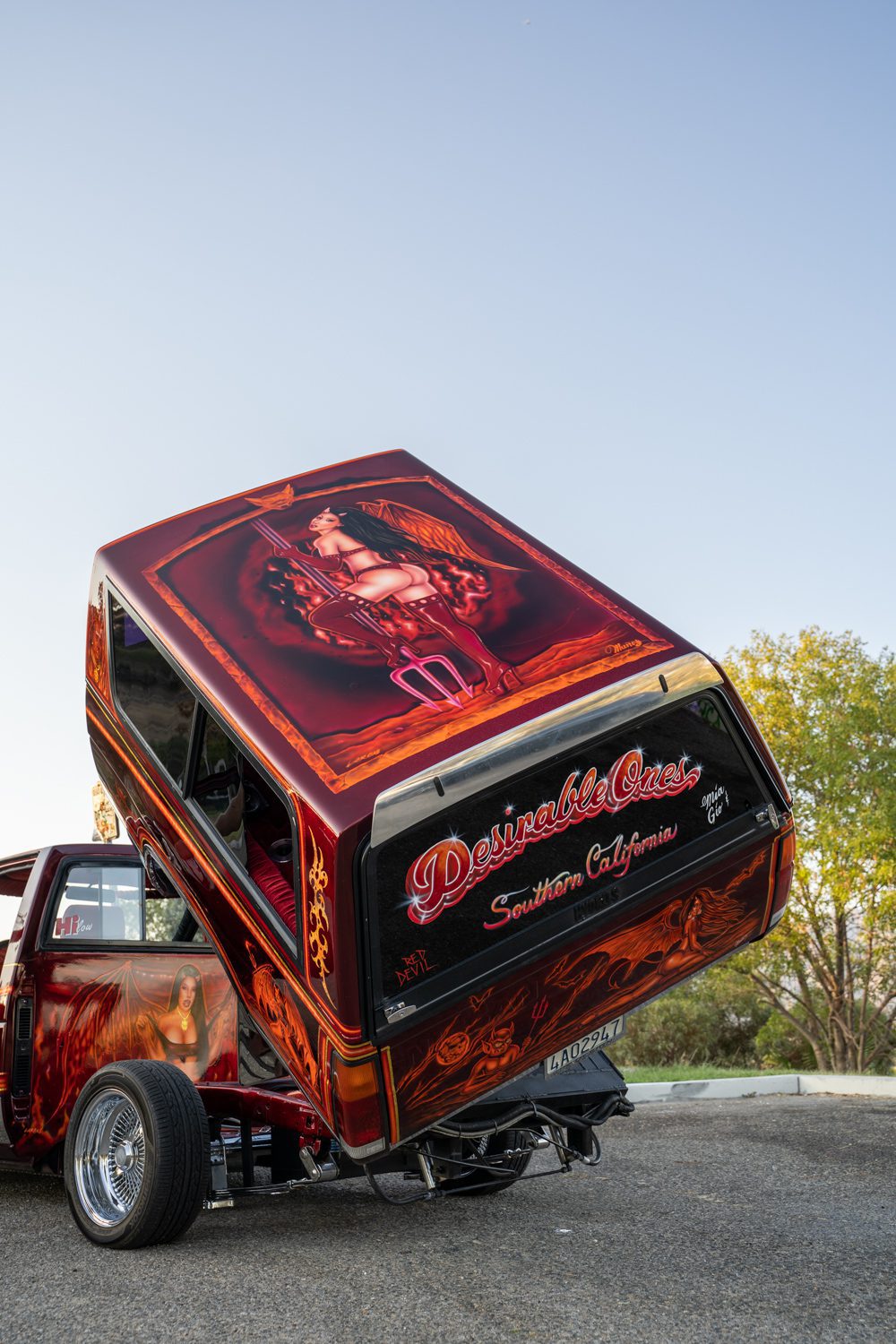 A few snaps from earlier in the day 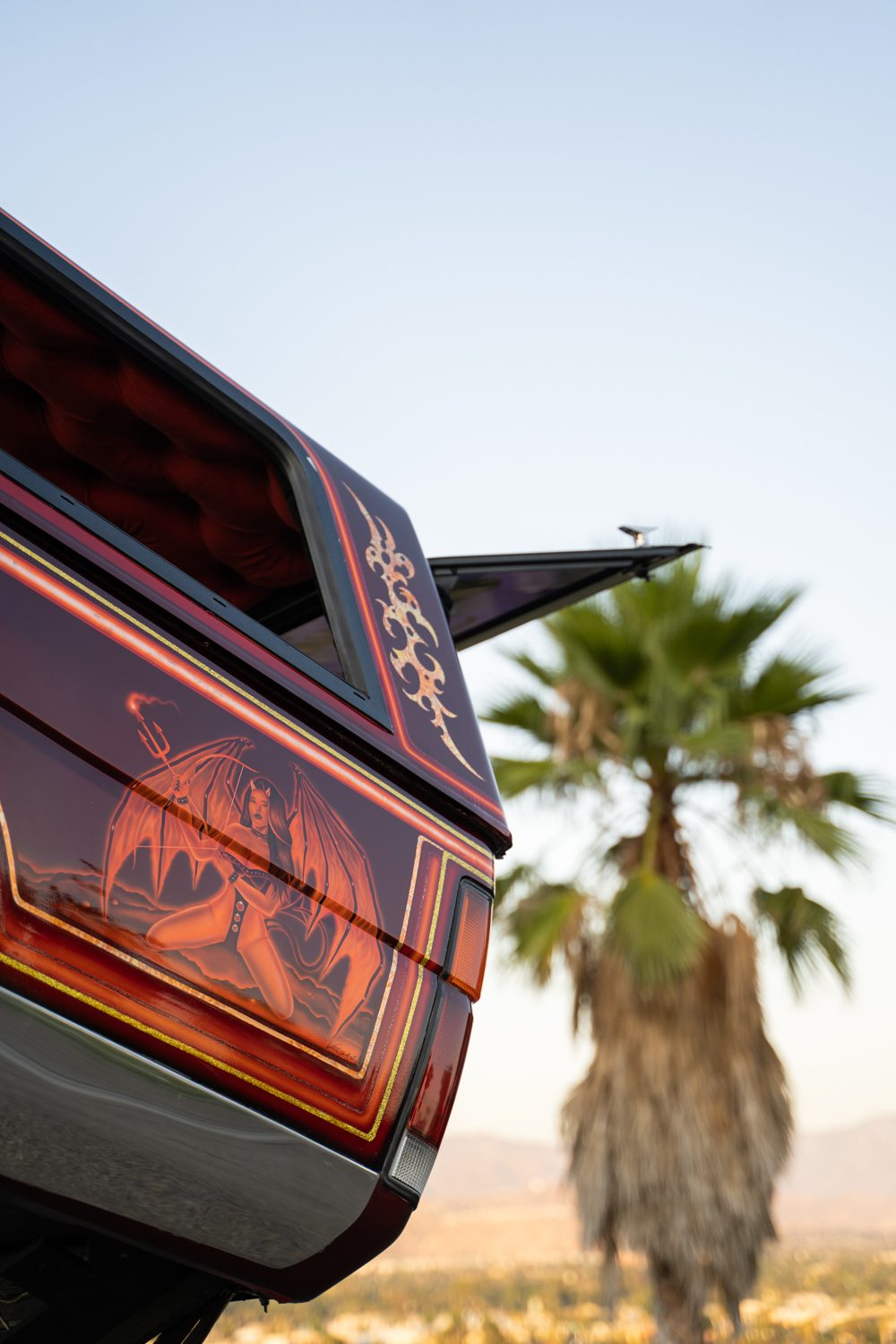 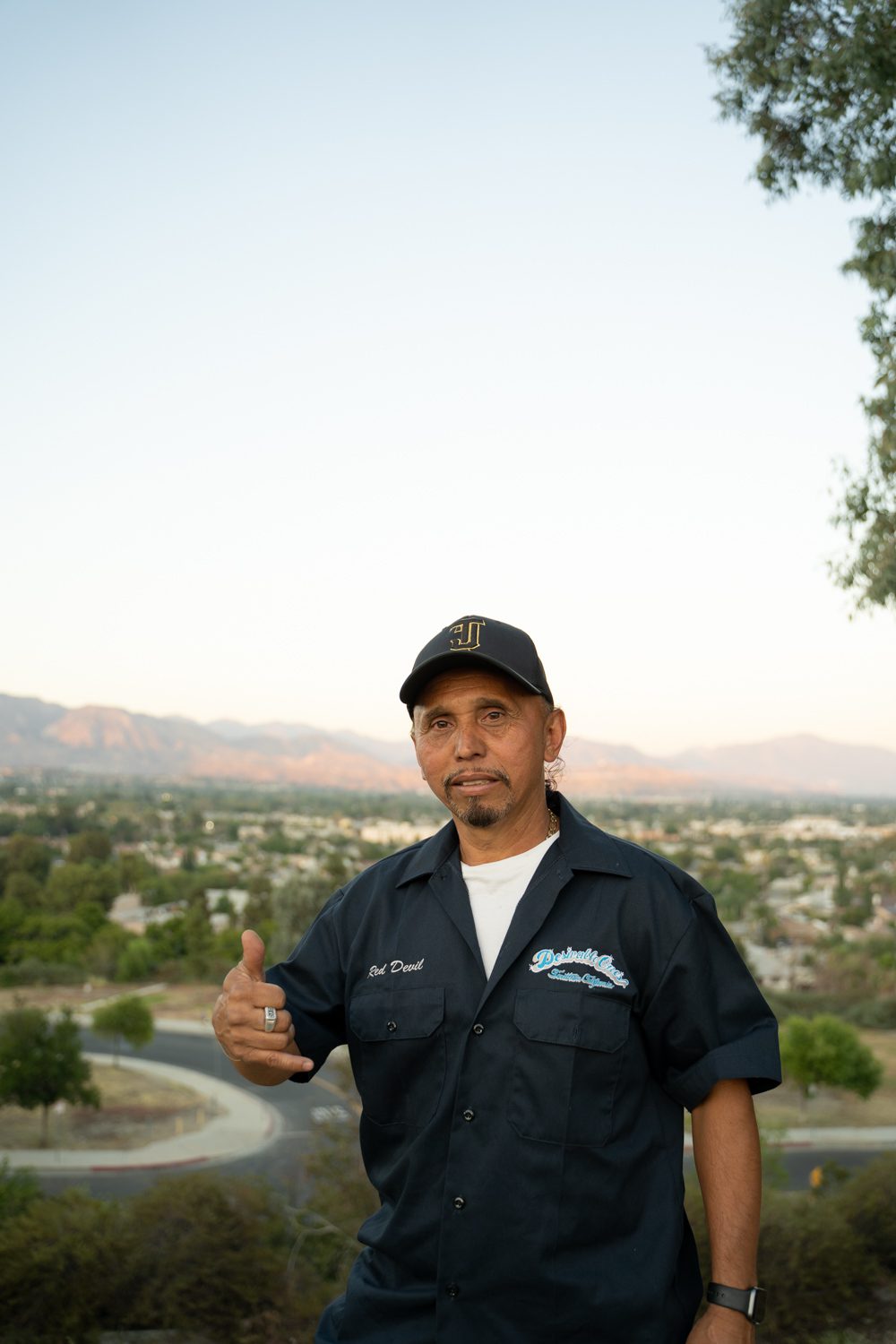 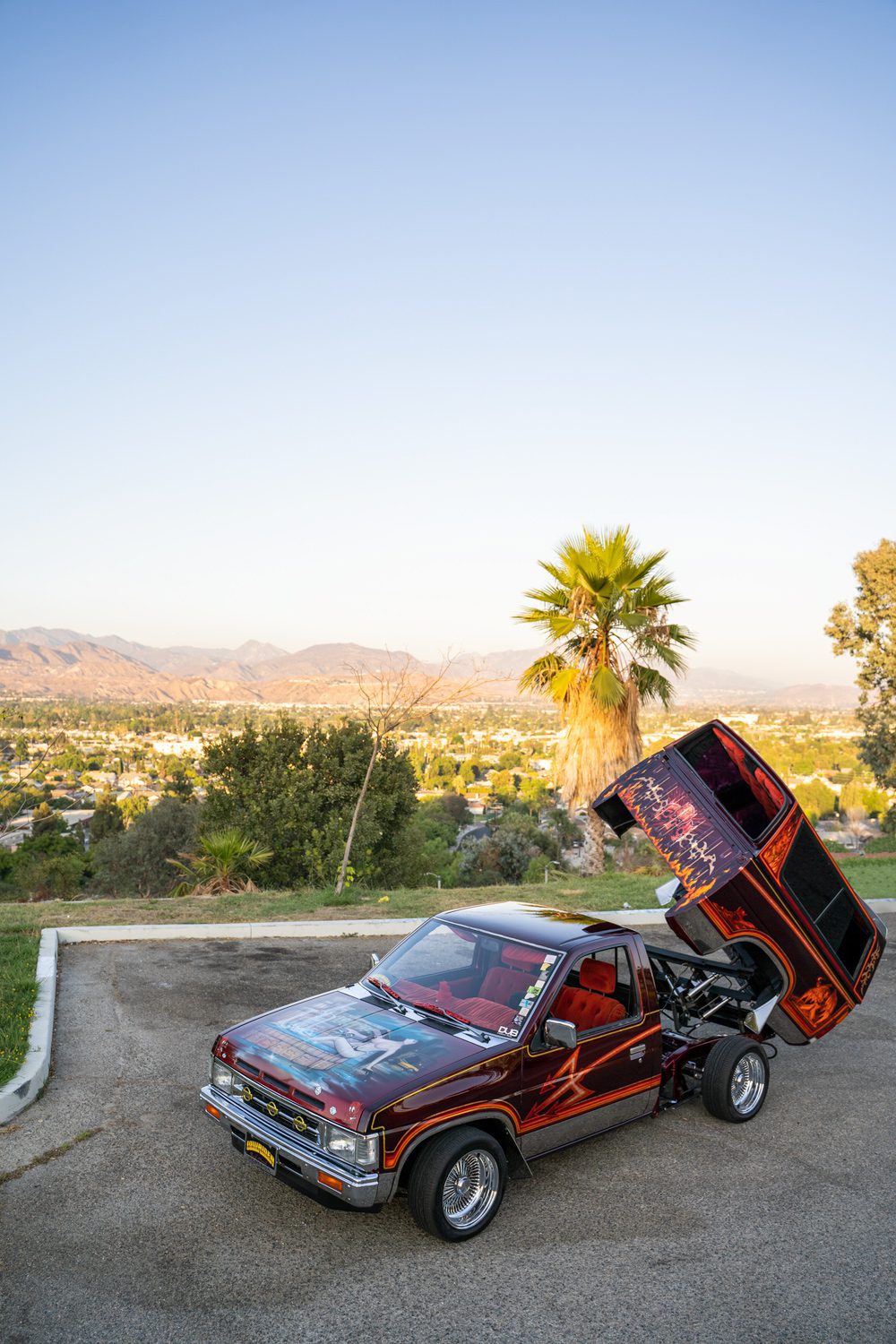