Through This Truck
Memories Lives On 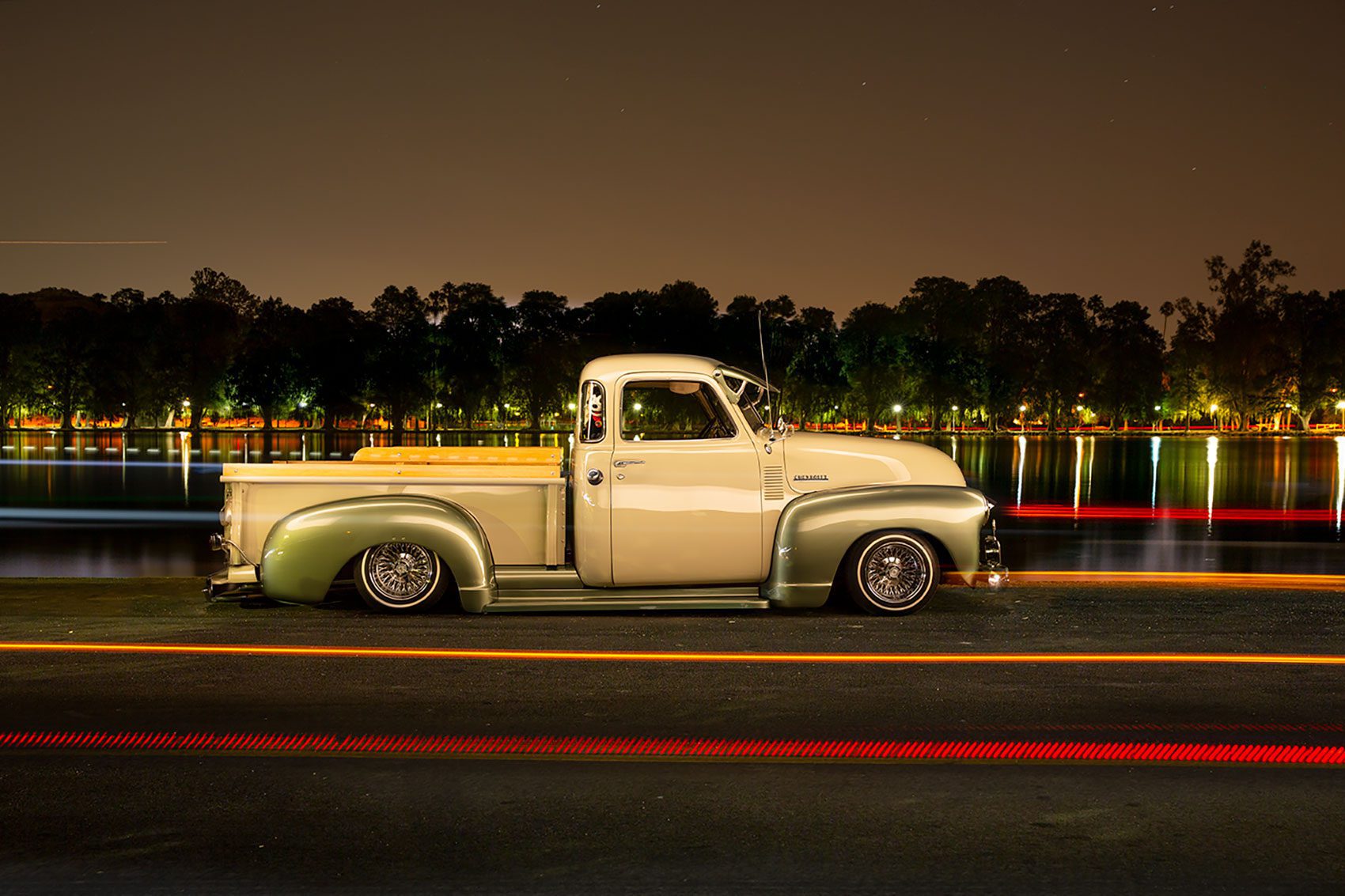 Originally, Richard Almanza wanted a wagon, but that all changed after scoping out a few trucks at the Pomona Swapmeet. So when he put the word out that he was in search of a truck, it was his brother-in-law who found one sitting in Redlands. The truck was in rough condition and had definitely seen better days, but Richard had a vision for it so he hauled it off in his trailer and got to work. After addressing all mechanical issues, Richard put the Chevy on a four year road test before starting on the two-year, frame-off restoration.

The day the truck rolled out of paint, Richard was excited to show his brother-in-law. Tragically, that very same day, his brother was involved in a fatal motorcycle accident.

“For me, this is more than a truck. It’s a part of our family. The truck represents a tradition, and my brother-in-law finding it was the last thing he did for us, so it means a lot,” says Richard. He adds, “I would never sell it. Besides, I already promised my daughter Ricky that she would get it.”

As a former welder/ fabricator turned Project Manager. Richard did a lot of the work himself including the c-notch, wood flooring in the bed, and the custom three-link air bag setup. From the start, Richard knew he wanted the truck to last and the only way he knew how to make it happen was to do a complete frame-off restoration. 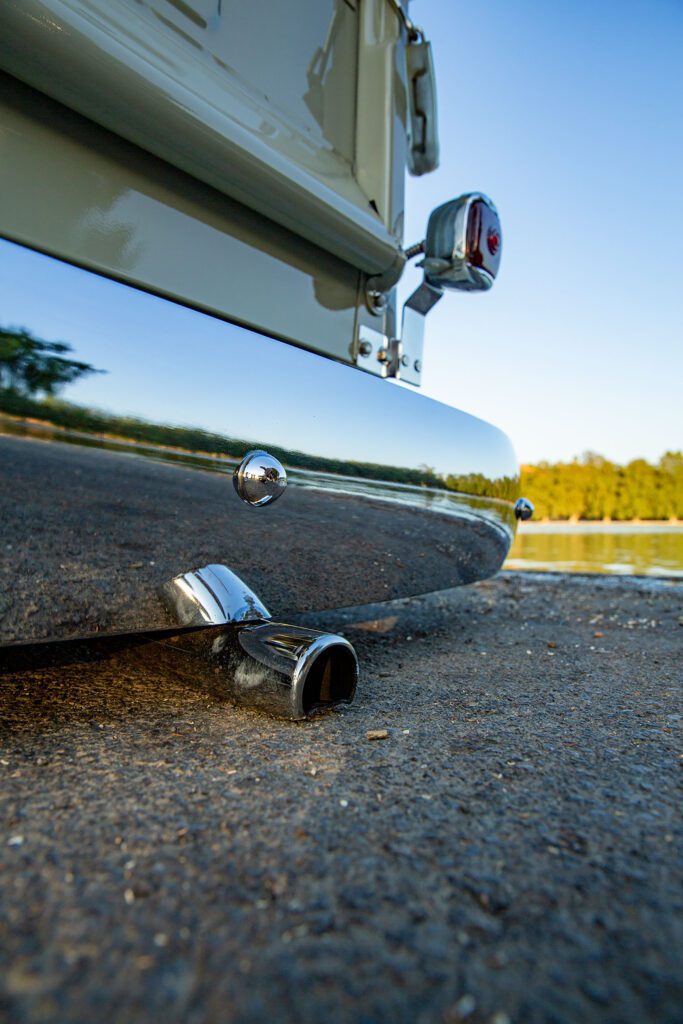 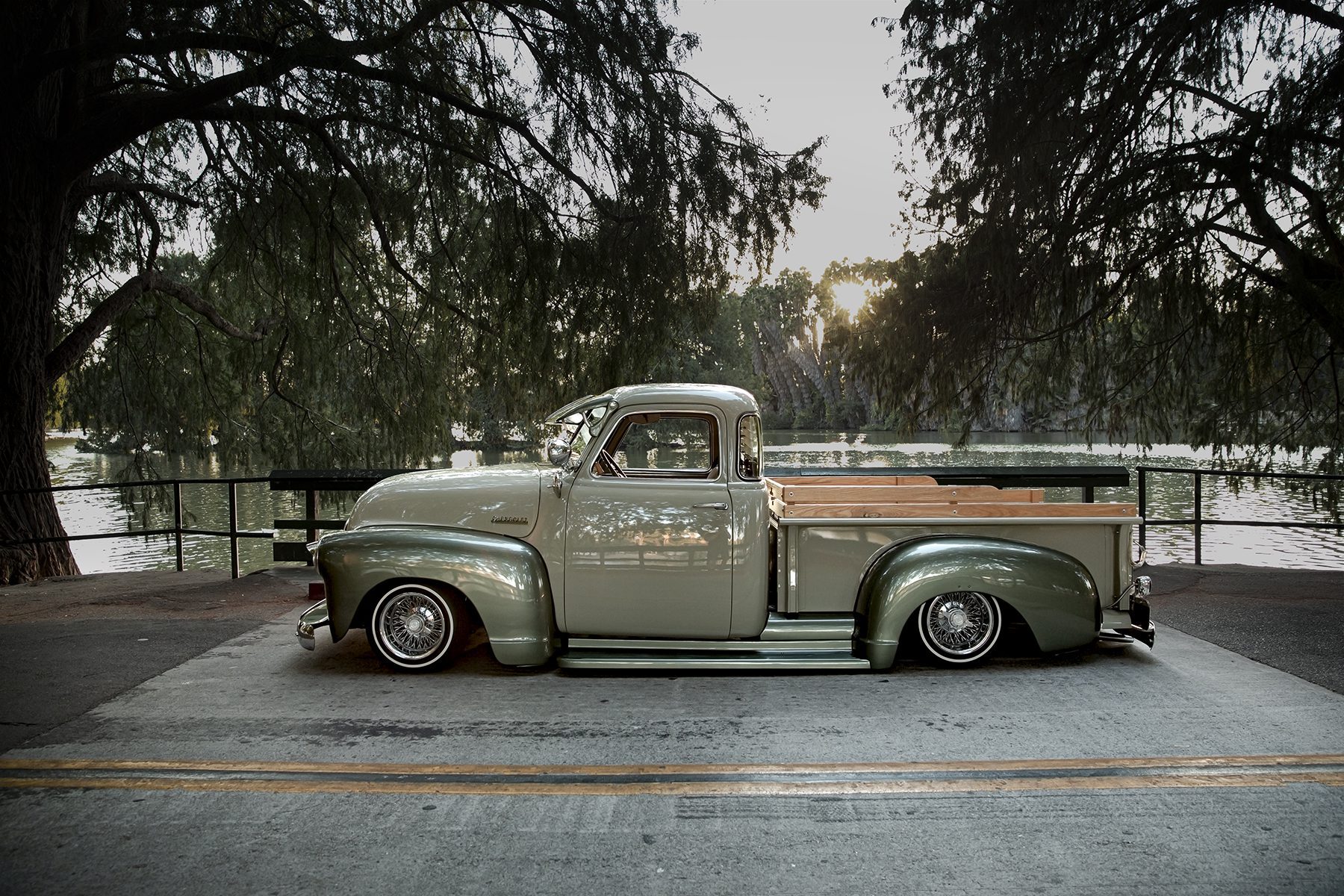 Some of the mods on this truck include an upgraded 235 engine rebuilt by Waynes Engine Rebuilding, a Mustang 2 front end, and a custom air suspension using Firestone bags and Viar pump. Ricky chose bags because they were easier to hide in the bed, and it helps tuck the 13×7-inch Galaxy Wire wheels that are massaged onto a set of Remington 155.80 tires.

One thing to note is that the steering wheel looks untouched, and that was by design. Richard wanted to keep a memento of the original condition of the truck. Along with a photo album that chronicles the restoration, the steering wheel is a reminder of how far the truck has come. 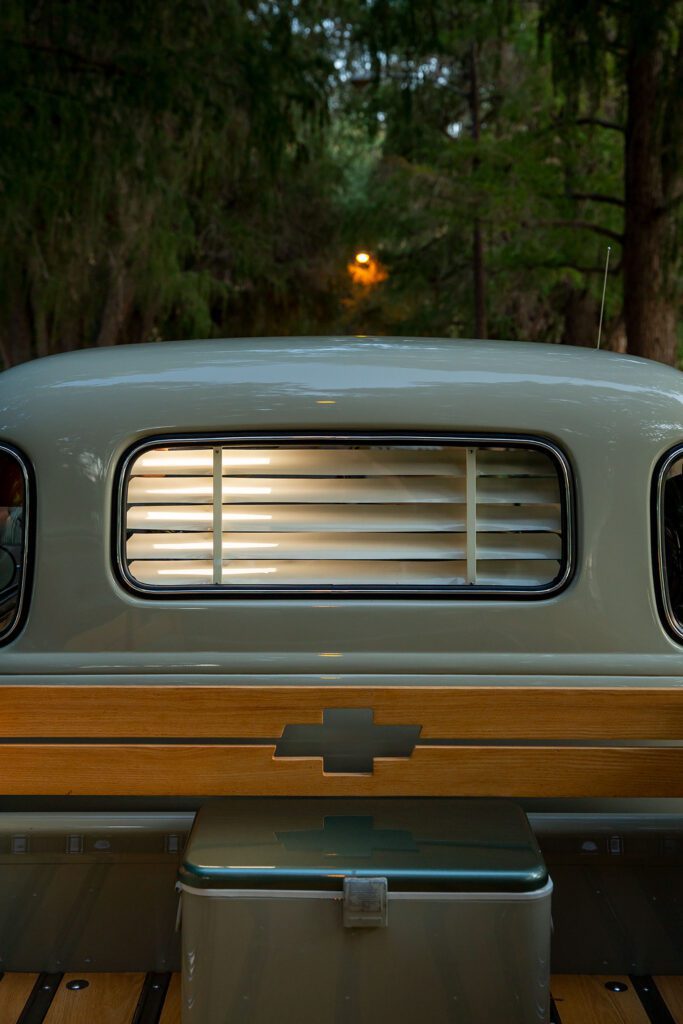 Inside, the interior was revamped by Fontana Upholstery. Unlike other builds that feature every accessory and option, Richard built this to drive free of distractions, so he decided to go minimal in his approach with only a few options, including the fedora hat holder and rear NOS blinds.

Outside, the truck has been painted in a two-tone motif that uses Kiesel Gray from a Mercedes and a darker green called Metallic Estate Green from a Ford. It’s a killer combo that’s soothing and easy on the eyes while adding depth and dimension to the overall stature of the classic lowrider.

As a solo rider, Richard Almanza would rather avoid club drama and focus on putting miles on his truck. In fact, we spotted his truck at Lori’s Bday celebration in Montebello Park and were surprised to find out that he drove for over an hour to get there.

Richard is currently working on a ’49 convertible, and if it turns out anything like this, it’ll be a sight to see and something we’ll be covering shortly.

A Few Before Pics...