This 1979 Camaro Brings Back
The Vibes of 70's Lowriding 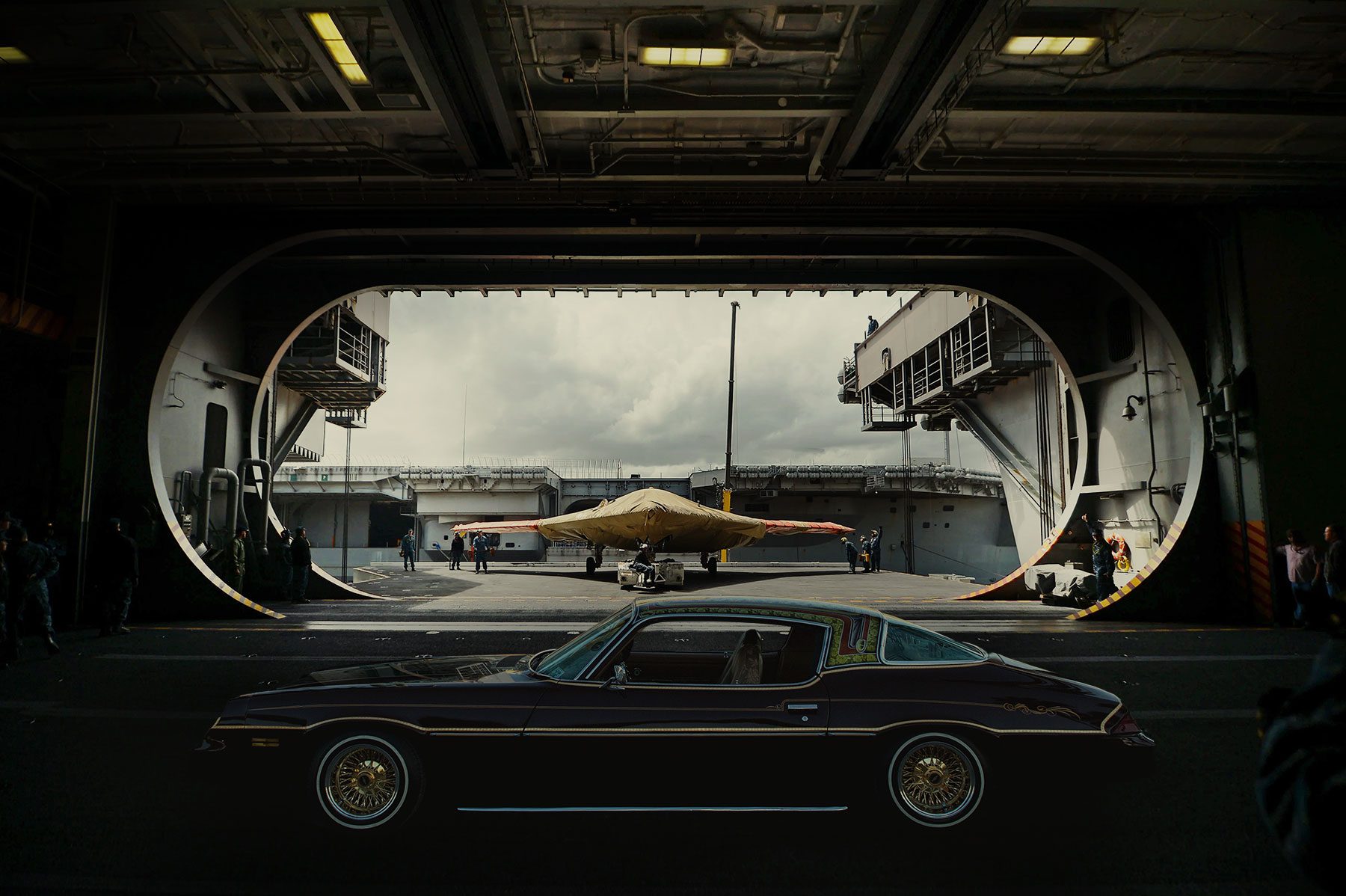 Straight up. The first time I spotted this ’79 Camaro, I was shook. It was like staring at a time capsule preserved from the ’70s. With a patterned top, chain steering wheel, pinstriping, and an 8-track player with a Marvin Gaye cassette in it, this Camaro drips with automotive fashion cues of the ’70s.

Owned by Frankie Temblador, the San Pedro resident says, “I wanted to bring back the 70’s style of lowriding. You don’t see it that often, and you really don’t see these Camaros out there much, so I knew exactly what I was going to do.” he says of the 4-year build.

He built the lowrider to pay tribute to his friend who once owned the car. “The car is very sentimental to me. I’m blessed to have it, and his family loves it as well,” says Frankie. “This Camaro used to belong to my friend. It was given to him by his grandfather, but before he could start on it, he passed away, and I was blessed to get it.”

He explains that years after his friend’s passing, the car was rotting away, so he asked his friend’s parents if they had plans for the car. They asked him to come over the following day, and when he arrived, they handed him the keys and said they’d love for him to have it and know that their son would be happy that it’s staying in the neighborhood and being taken care of. 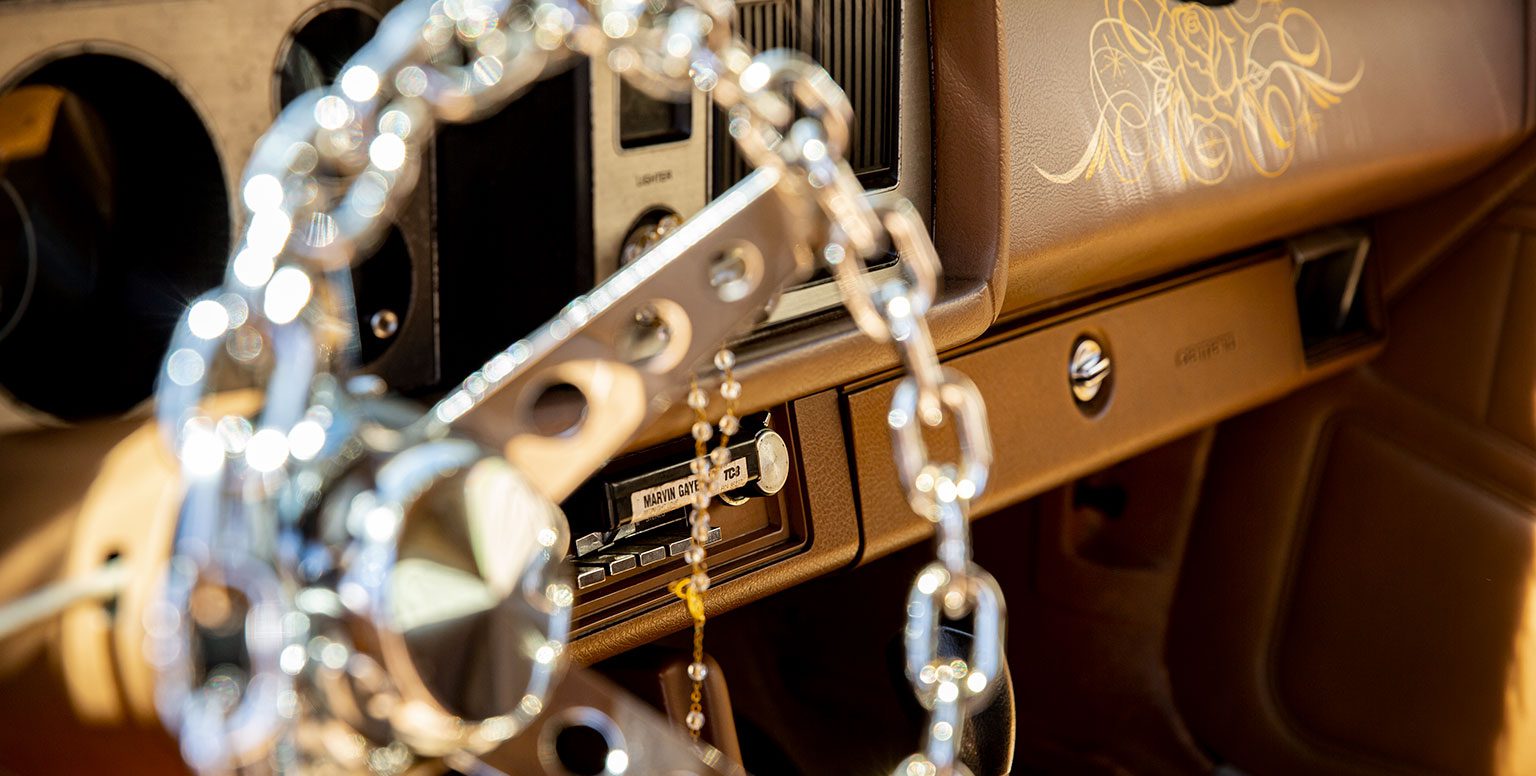 “I was shocked,” says Frankie. “There was no way I could take it for free, so I went home, grabbed some cash, and came back, but they wouldn’t accept the money. They were serious about not taking the money, and since my friend’s two kids happened to be there that day, I called them over and gave them a grand each.” 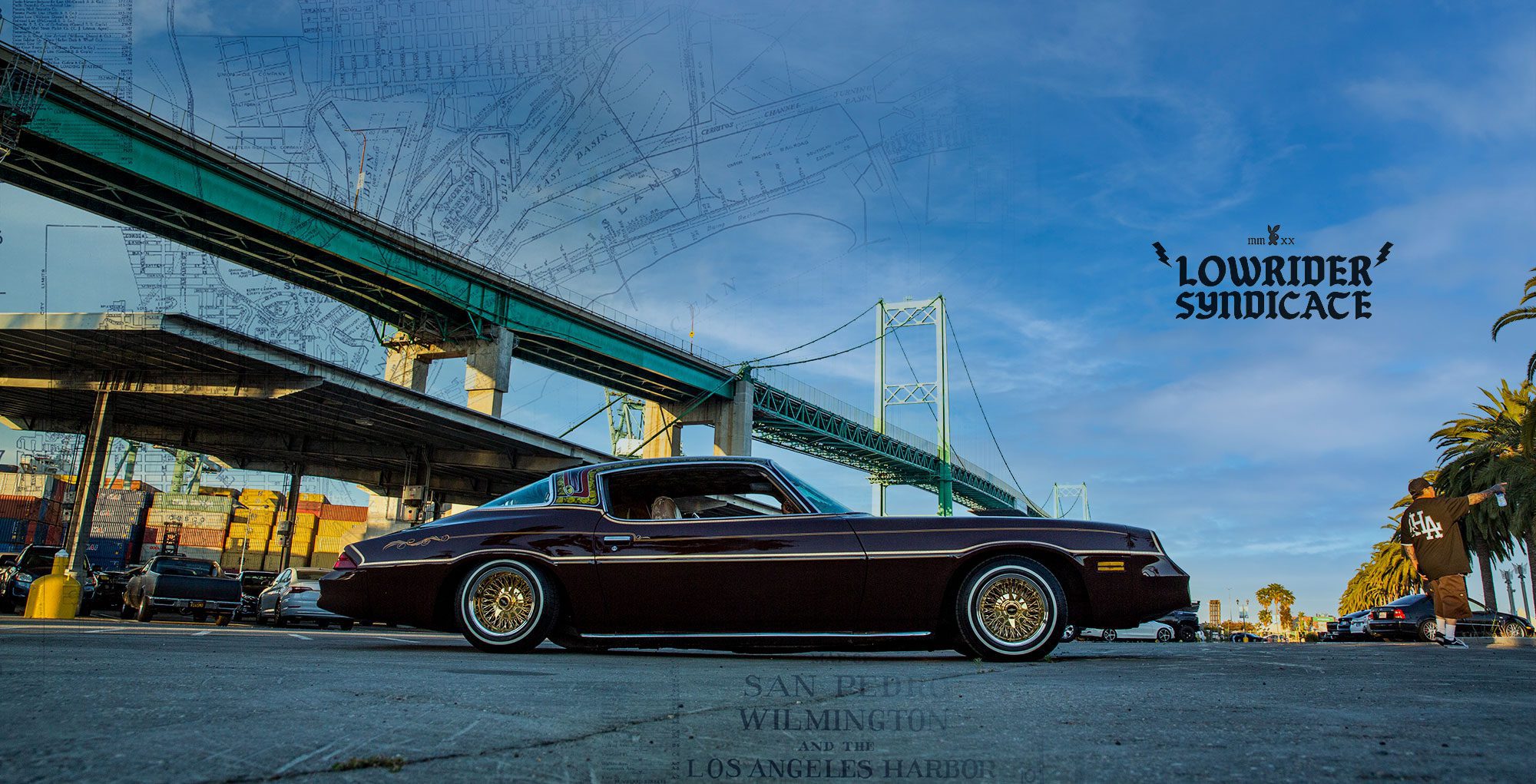 IT TOOK 4 YEARS TO BUILD
The entire rebuild process took him four years, and in between that time, Frankie’s built up quite the collection of wheels for his Camaro, including a set of chrome Zeniths, 14×7 Fenton Super Sharks, Cragar Super Pros, and even a set of Keystones.  Each wheel provides its own distinctive look, but the gold 13’s set it off properly.

As the President of Let’s Cruise car club, Frankie’s main goal is to put miles on the Camaro and smiles on the people that enjoy it. During our shoot, people pulled up, giving nods of approval, and it’s always good to see genuine interest in an art form that was once frowned upon.

So what’s his advice to anyone wanting to get into lowriding? Frankie says this, “Lowriding is art. It’s a passion you have for the type of vehicle you want. It’s how you play with the colors, how you tie it all together. Building a lowrider will keep you out of trouble and allow you to put your money and time into something that will build value and something you can pass on to your kids.” 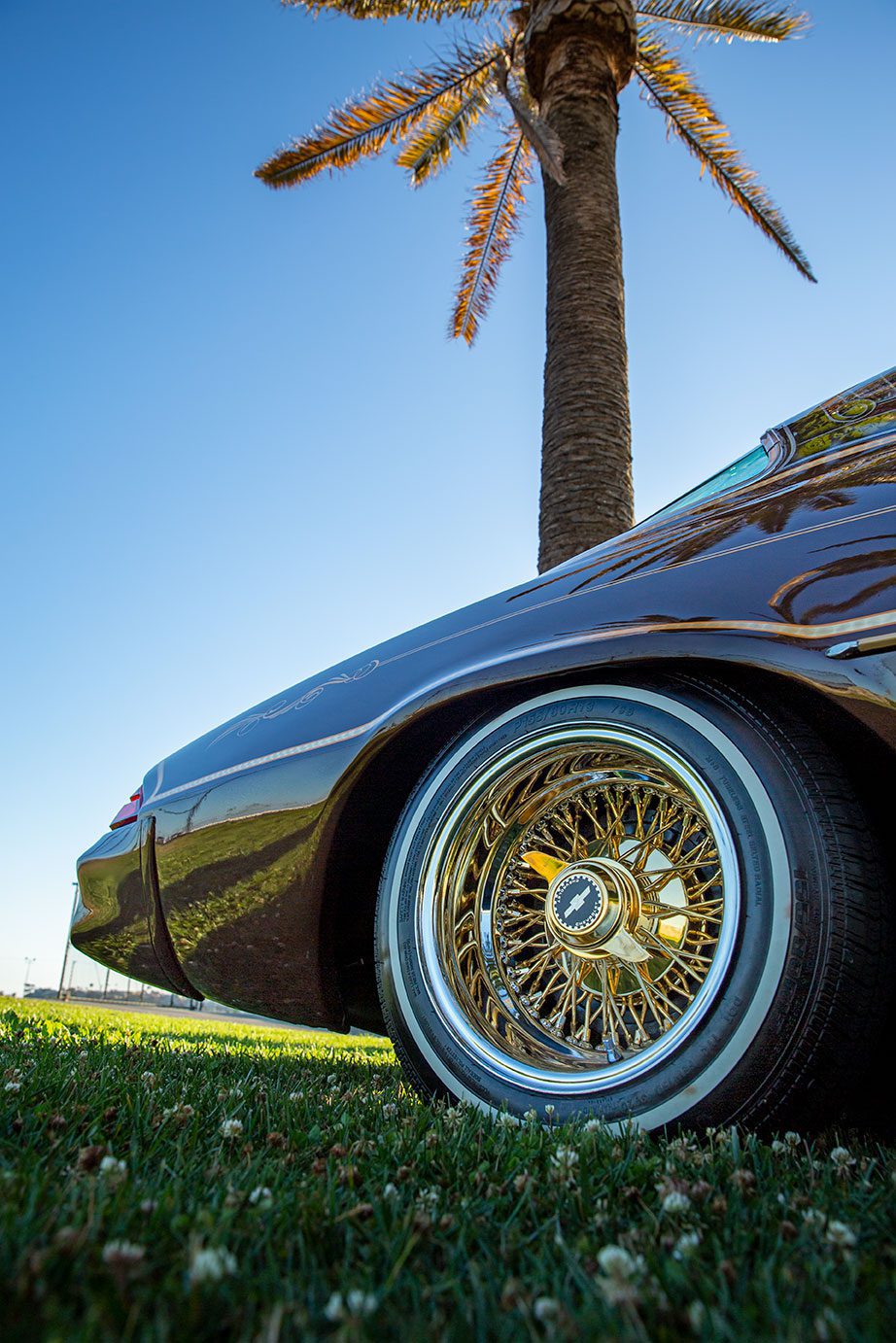 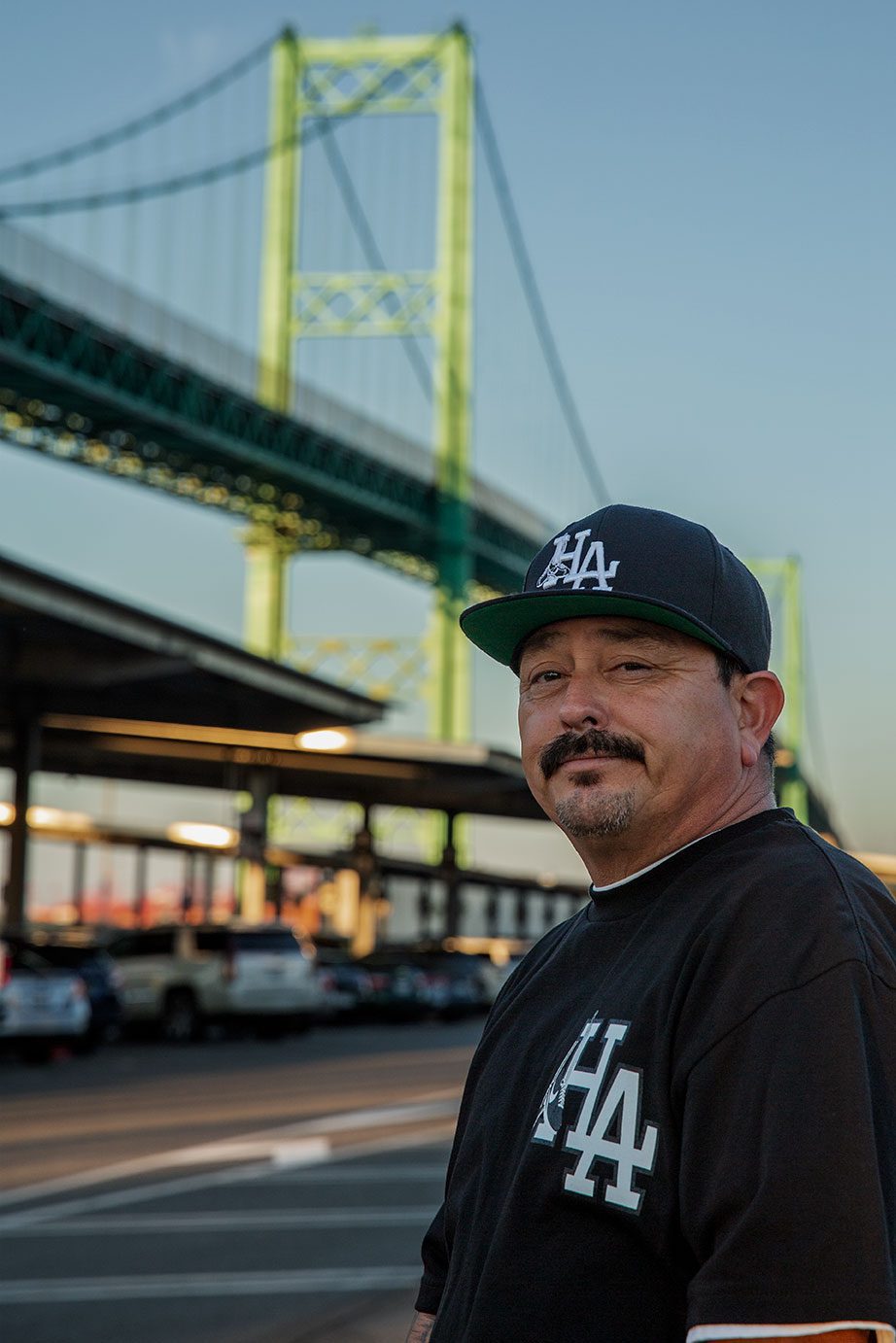 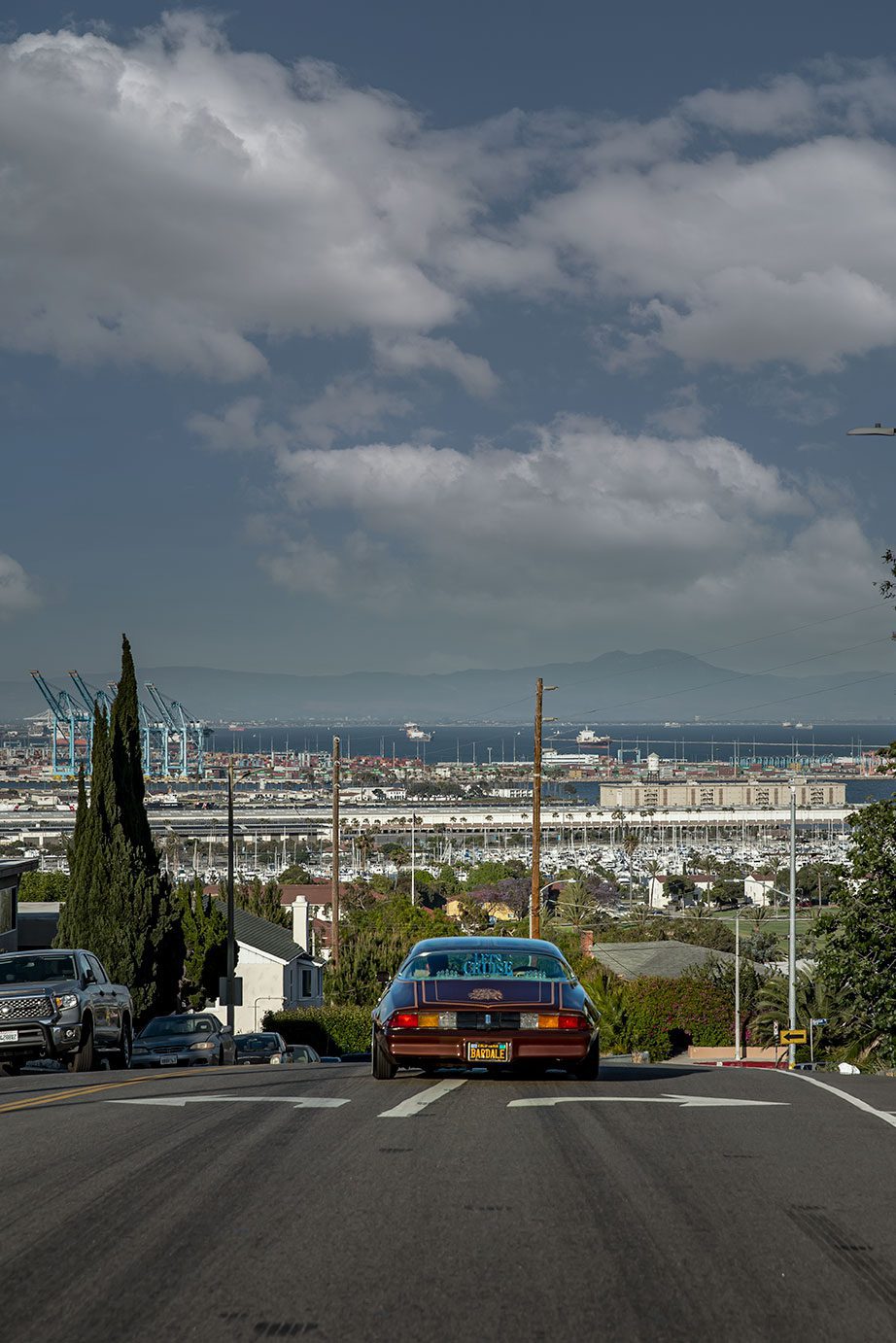 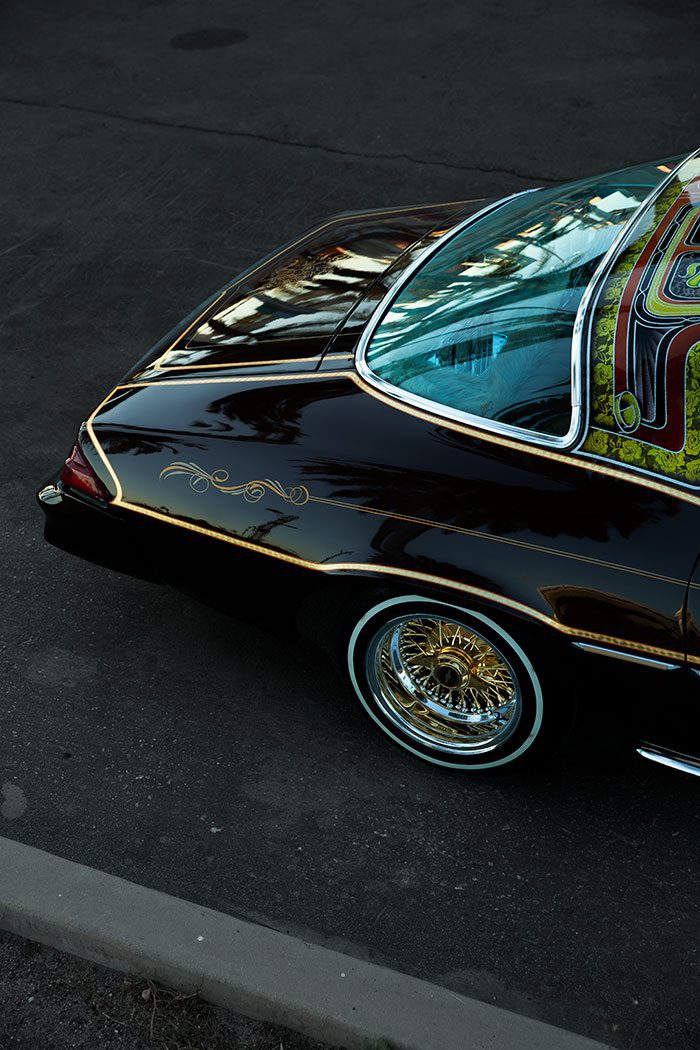 A DEFINITE BLAST FROM THE PAST

The lighting brings out all the different hues in the paint. The more you look at the details, the more you understand why the car sets it off right. The use of fur on the front and rear deck with the organ pipes is enough to bring a smile to your face. Nothing modern here, just the guts of a well-restored Camaro that feels likes your grandmother’s sofa. It’s a thing of beauty if you appreciate classic cars. 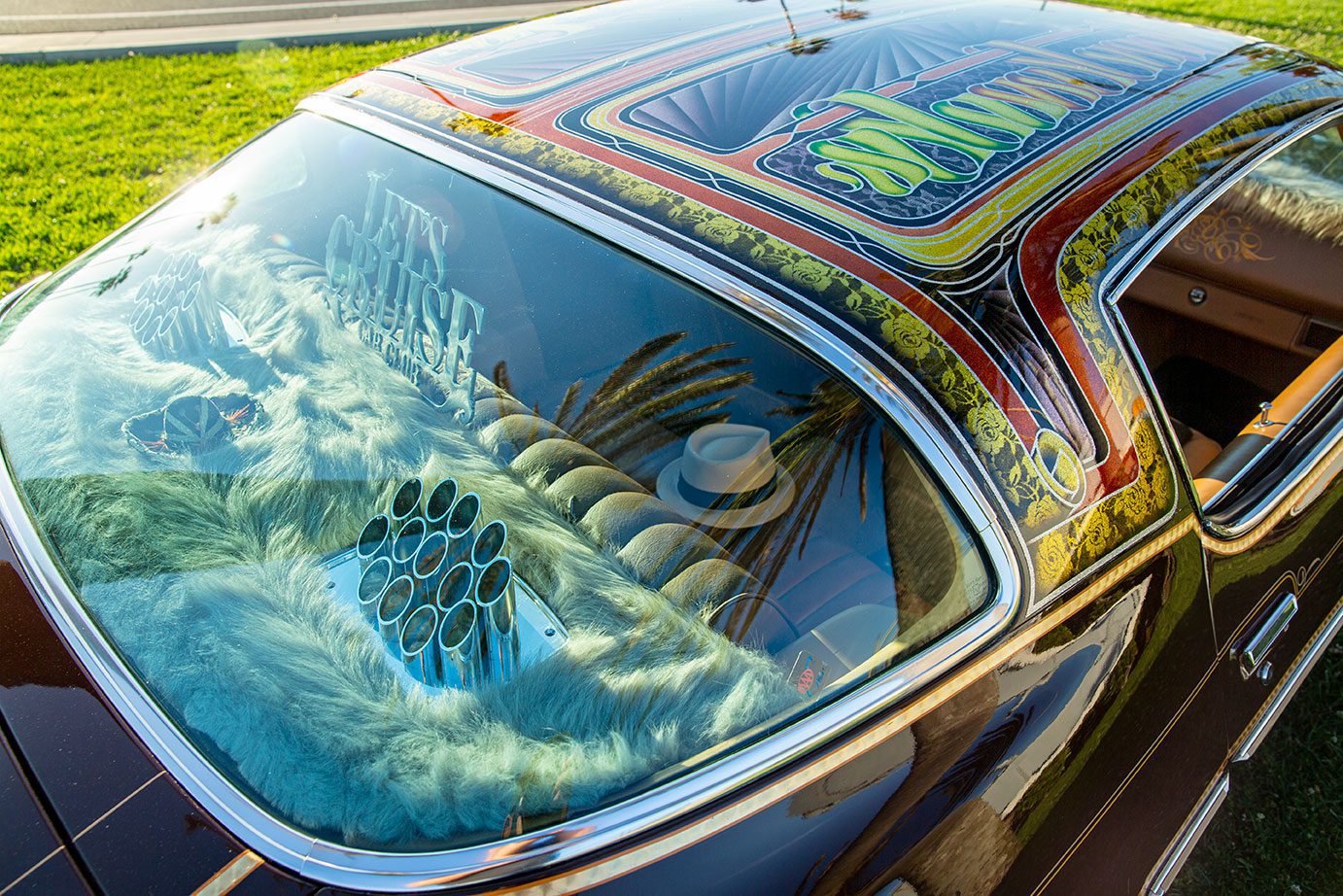 "When it comes to Lowriding,
The streets are our canvas
and our cars are the art." 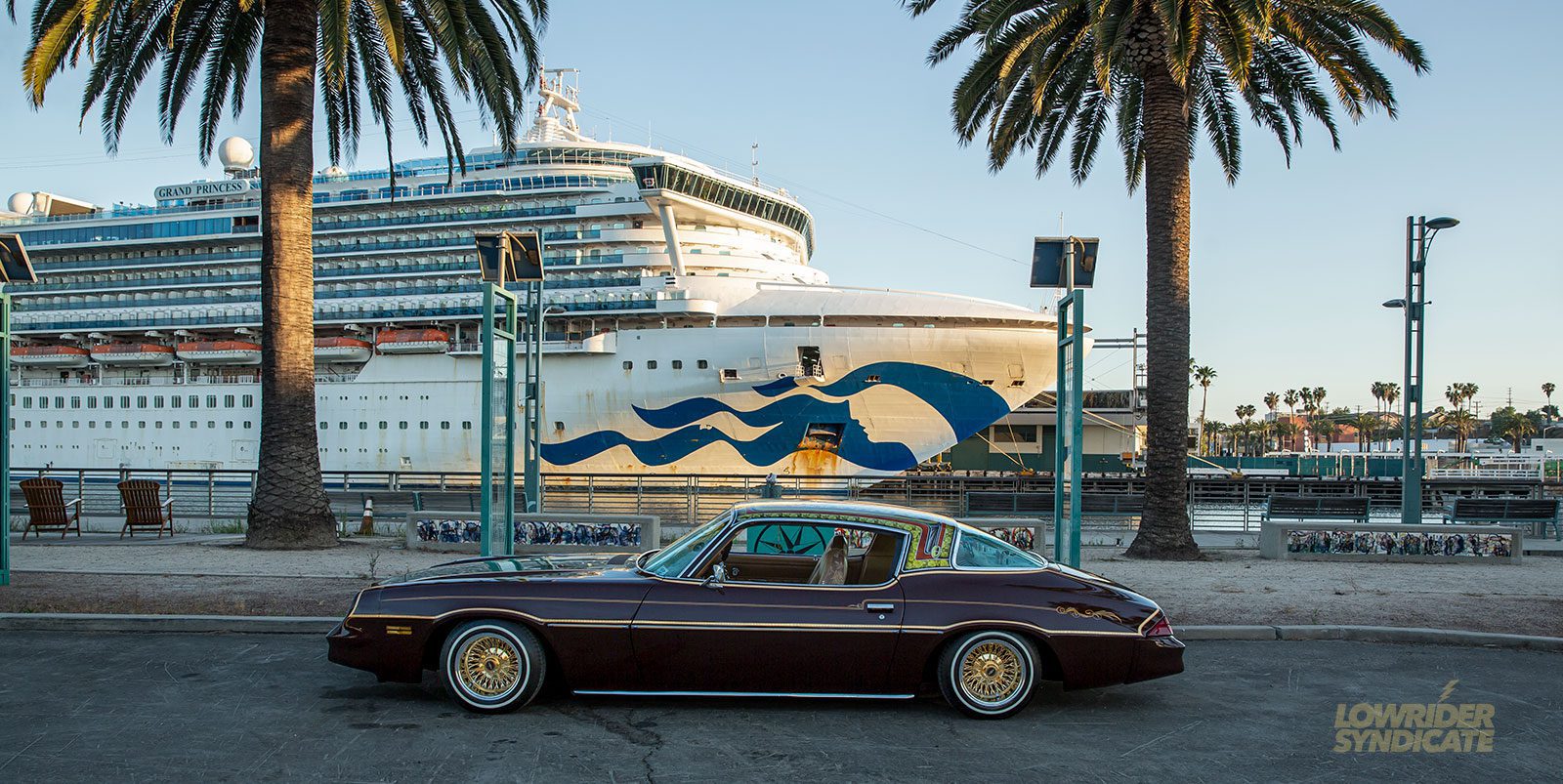