afTER DEaLING WITH SHADY BODYSHOPS, THIS COMBAT VETERAN TOOK MATTERS INTO HIS OWN HANDS
He served four tours. Three in Iraq, One in Afghanistan. But even that
wouldn’t prepare him to build what may be his last lowrider

After serving four tours in combat, Jose Pacheco might be a battle-tested marine, but nothing could prepare him from the proverbial blight – and fight – it took to complete his 1948 Aerosedan.

No stranger to lowriding, Jose has five other builds under his belt, including a ’64 Impala, a few bombs, two Datsun 510s, as well as a ’49 Fleetline he built while in Iraq – a feat he orchestrated by phone along with the help of family and friends.

Building this ’48 was a different story.
No stranger to his problems, anyone who ever built a custom car – especially a lowrider – knows just how notorious body shops are for being quick to take a deposit but slow to work. It’s so common, in fact, that most of them share the same sob stories with those “two-week” promises turning into years. So, after two failed attempts using two different body shops, Jose had enough and drove down to the shop and took a more hands-on approach. 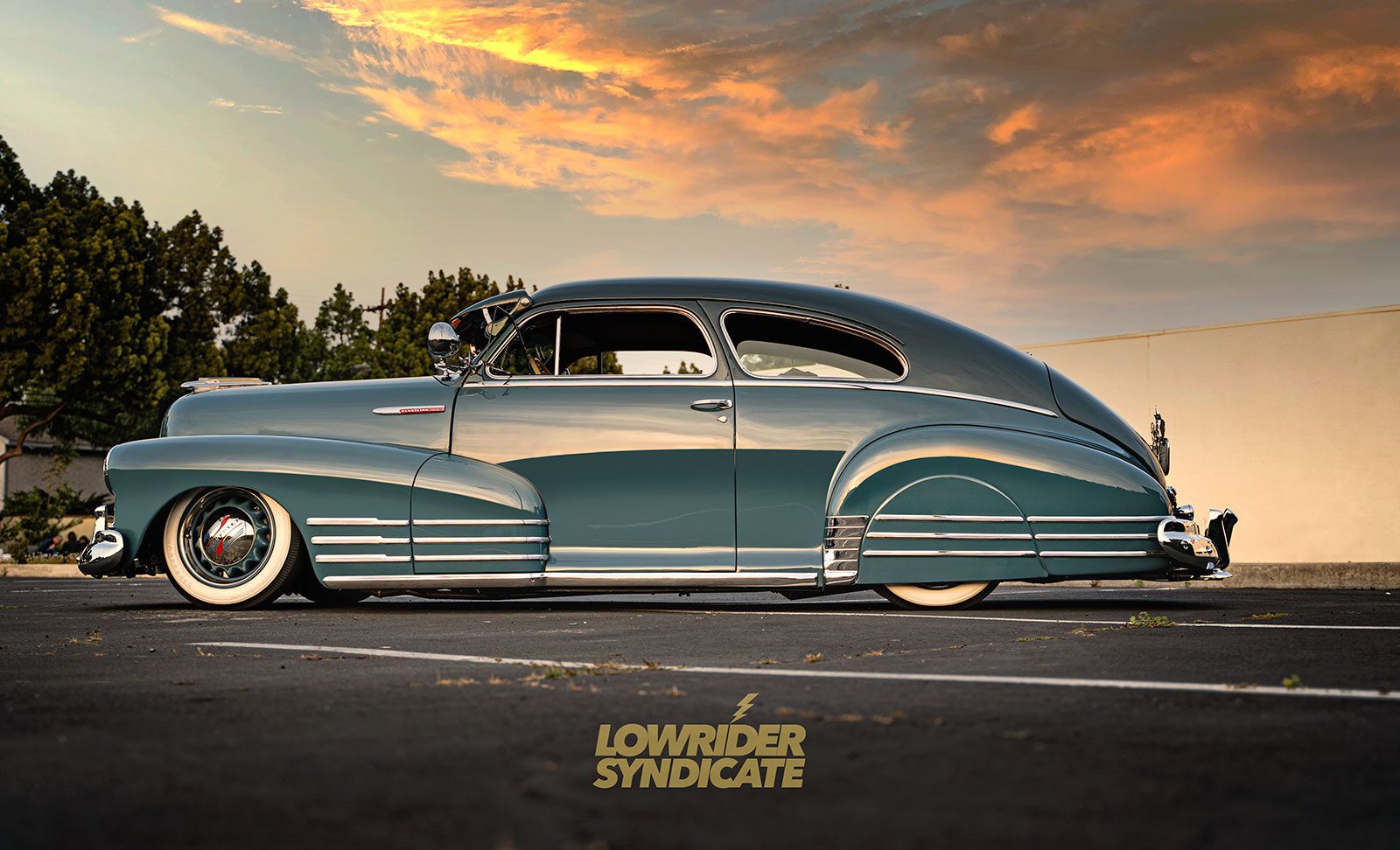 Tired of the bullshit and false promises. He pulled the Aerosedan out of the shop and hauled the car back home where it sat. One day he realized that the only way it would ever get done was if he did it himself, and that’s where the journey began. He performed 80 percent of the work on his own, including body work, paint, reassembly, and the custom air suspension work. Countless months were spent wrenching away with just a small amount of outside help from Dave the Chromer and J&R Upholstery – both local businesses in Montebello. 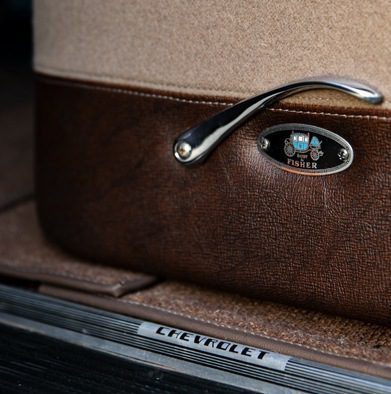 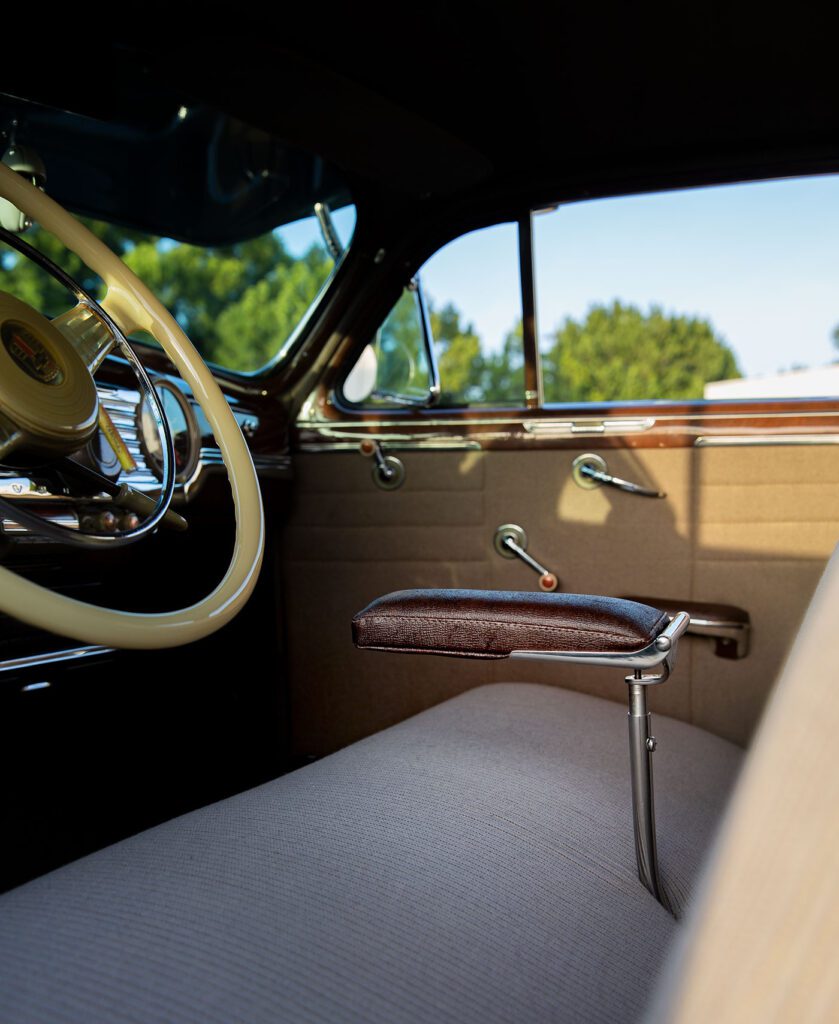 With just decorative trunk paneling left to do, this Aerosedan is a definite looker. Interestingly enough, we spotted Jose’s car the first time he took it out for a cruise, and it turned out to be the first photoshoot we scheduled for the site. 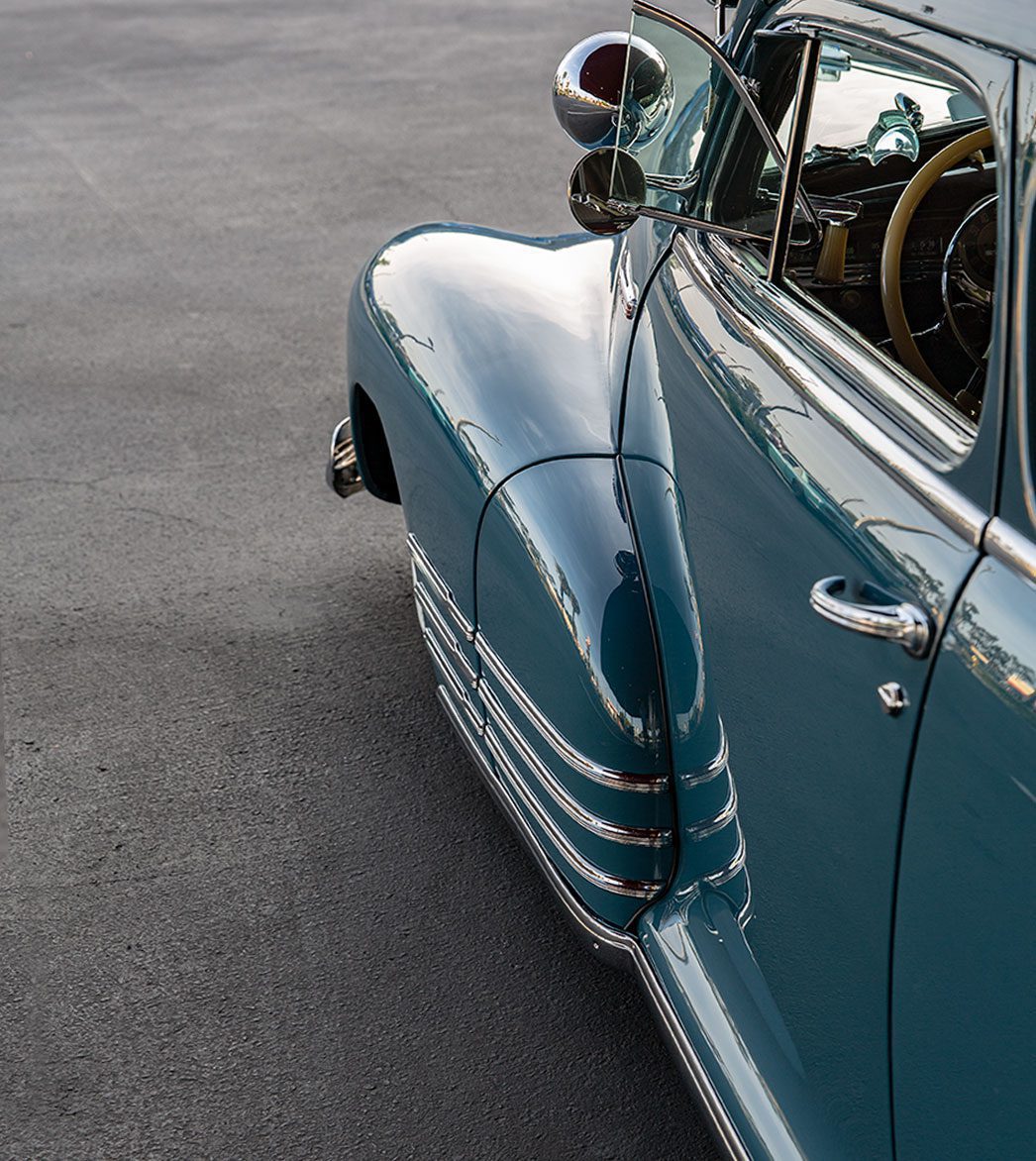 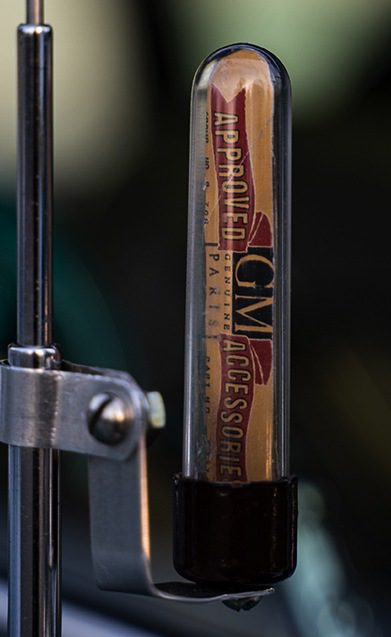 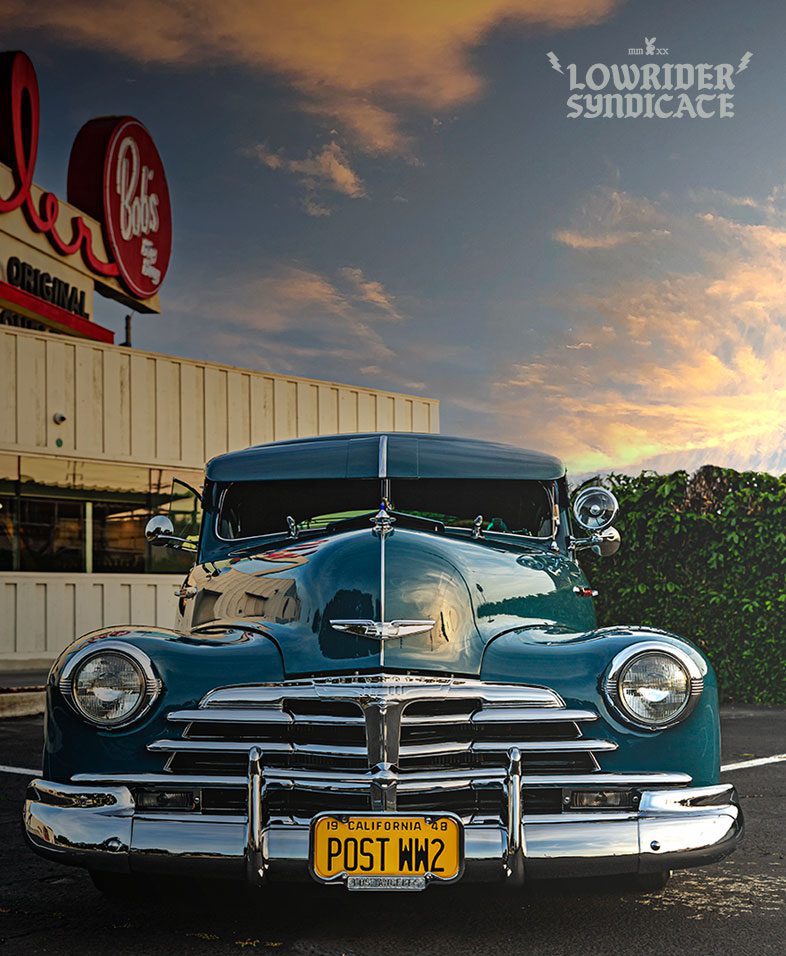 Throughout the car, you will see plenty of details. From rare accessories to the Federal 12V siren mounted beneath the passenger side front fender, Jose’s Aerosedan is a visual feast. If you look closely, you’ll notice that this ’48 sports a two-tone paint job. The roof painted just a few hues darker than the body makes the car extremely photogenic but even more impressive to see in person.

WOULD HE SELL IT?

Now that it’s done, he’s happy with the build but admits the car is at times a sour reminder of the contractors and shops that wasted his time. So, will be this be the last time Jose builds a lowrider? Hopefully – not. With no sentimental attachment to his ’48, for the right price Jose will easily let it go. Should that happen, he will then take on his ultimate dream car and at that point the last lowrider he’ll build – a ’58 Impala hard top. 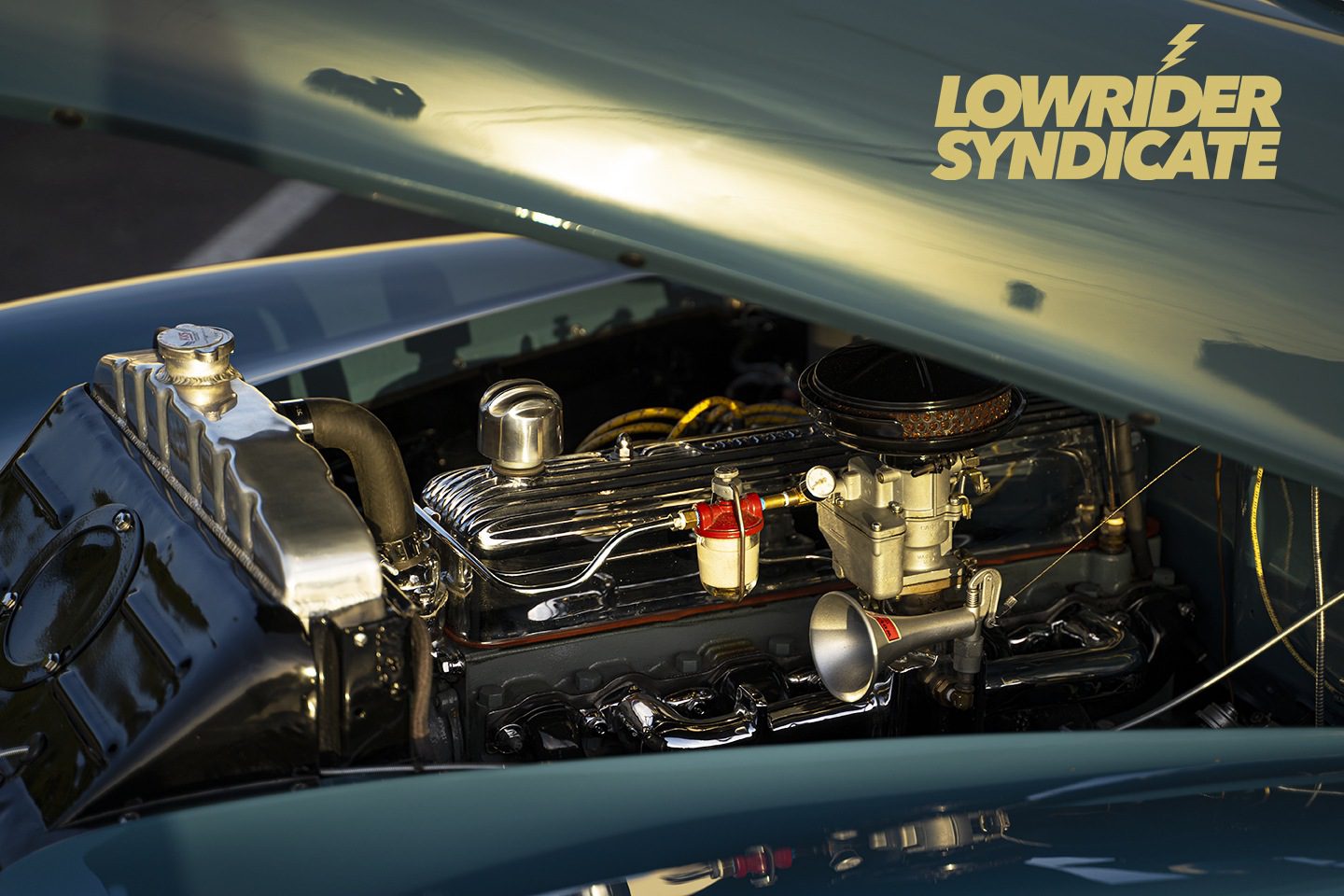 After hearing what he’s been through, and seeing what he’s  accomplished, we’re in hopes that it comes trues because we’re positive it’ll be one badass ‘58. 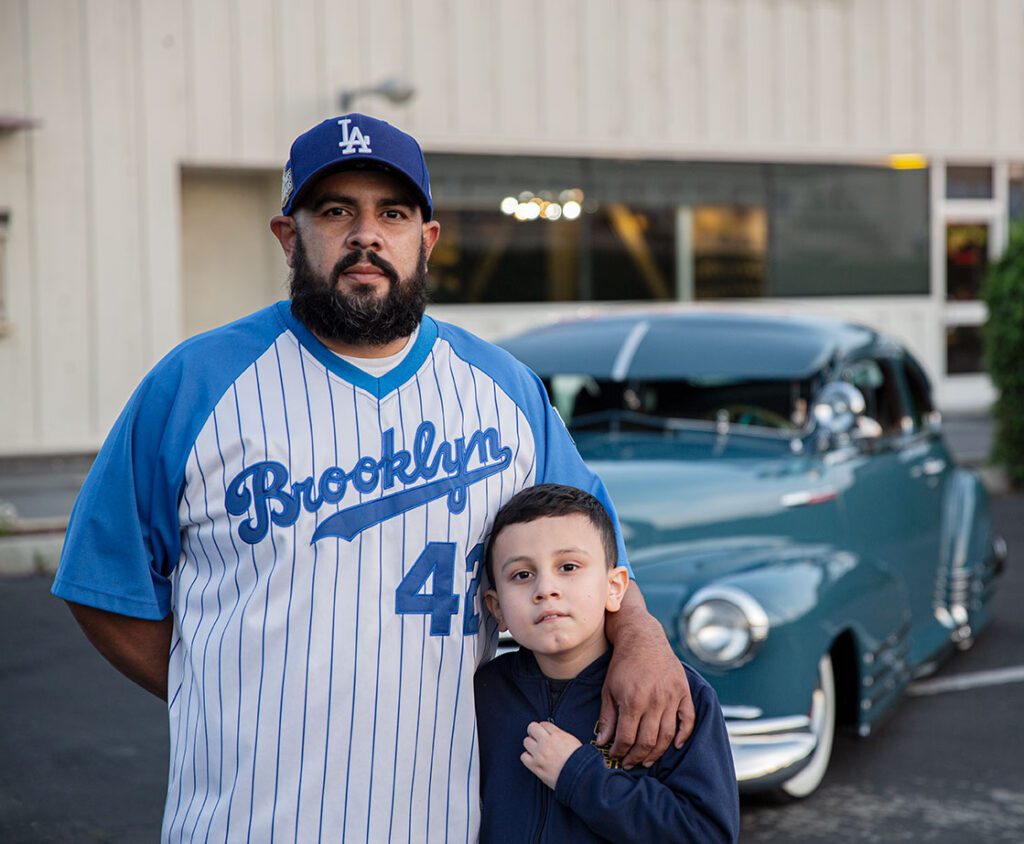 A huge thanks to his family for their continued support as well as: