IT'S HARD TO FIT IN
IF YOU STAND OUT 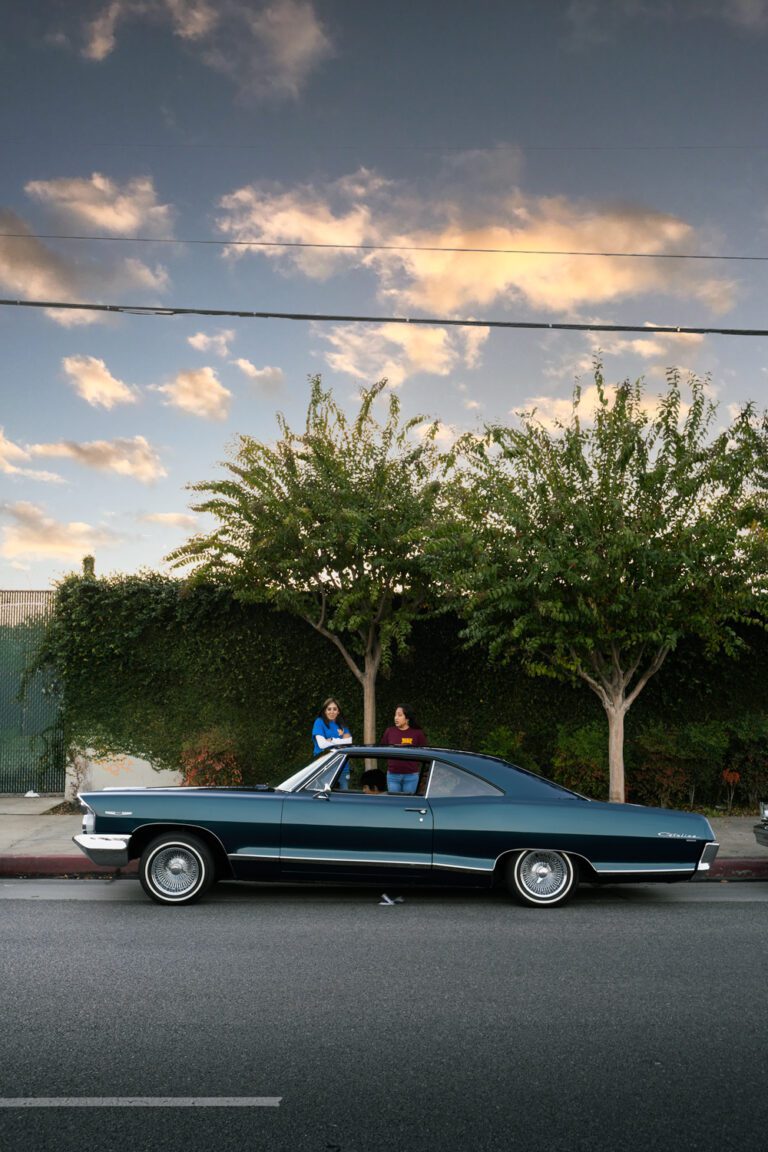 The recent spike in the classic car market is pricing out a lot of folks. Nowadays, you  gotta have heavy pockets to get in a Tri Five and the once “affordable” 60’s Impalas are following suit and catching some pretty pennies.

But this hasn’t stopped folks from lowriding. In fact, it’s led to a surge of enthusiasts taking it back to the traditional days of lowriding where everything goes and the scene was less concerned with what platform you chose. But by today’s standards, many of these unorthodox platforms – I call them unicorns –  would be considered to be an “oddball” car but to be honest, there’s nothing odd about them. If anything, they bring a fresh perspective to the lifestyle and when I saw this 1965 Pontiac Catalina with extended A-arms and 100-spoke wire wheels cruising up and down Van Nuys Blvd. I knew I had to get in touch with the owner.

As I got closer I started to think this may be the same Pontiac that just went viral a few weeks ago and it turns out it was. Homies Hydraulics in Whittier, CA was responsible for the setup and once they posted it on their IG it got a huge show of support. But how could you not? From the outside it’s super clean, and the interior remains mostly stock. But pop the trunk and it’s all business.Once Temo saw me staring at the trunk he said, “The car has a huge trunk so why not use all of it?”  And with 12 Batteries, three pumps, three dumps, front, back, and side to side, it was built to enjoy and that setup’ll have no problem helping you dance down the street.

According to Temo, he is just getting warmed up with this build. As we talked more, it turns out Temo was originally planning on building an Impala. “The original plan was to get a 1965 or 1967 Impala, but when I ran into this in Mateca, CA, I couldn’t pass it up.”

Temo says it was love at first sight. “I liked the curves.  It’s distinct and I had to have it so I made a good offer.” After the final handshake Temo gassed it up and took a seven hour drive  back home to LA. 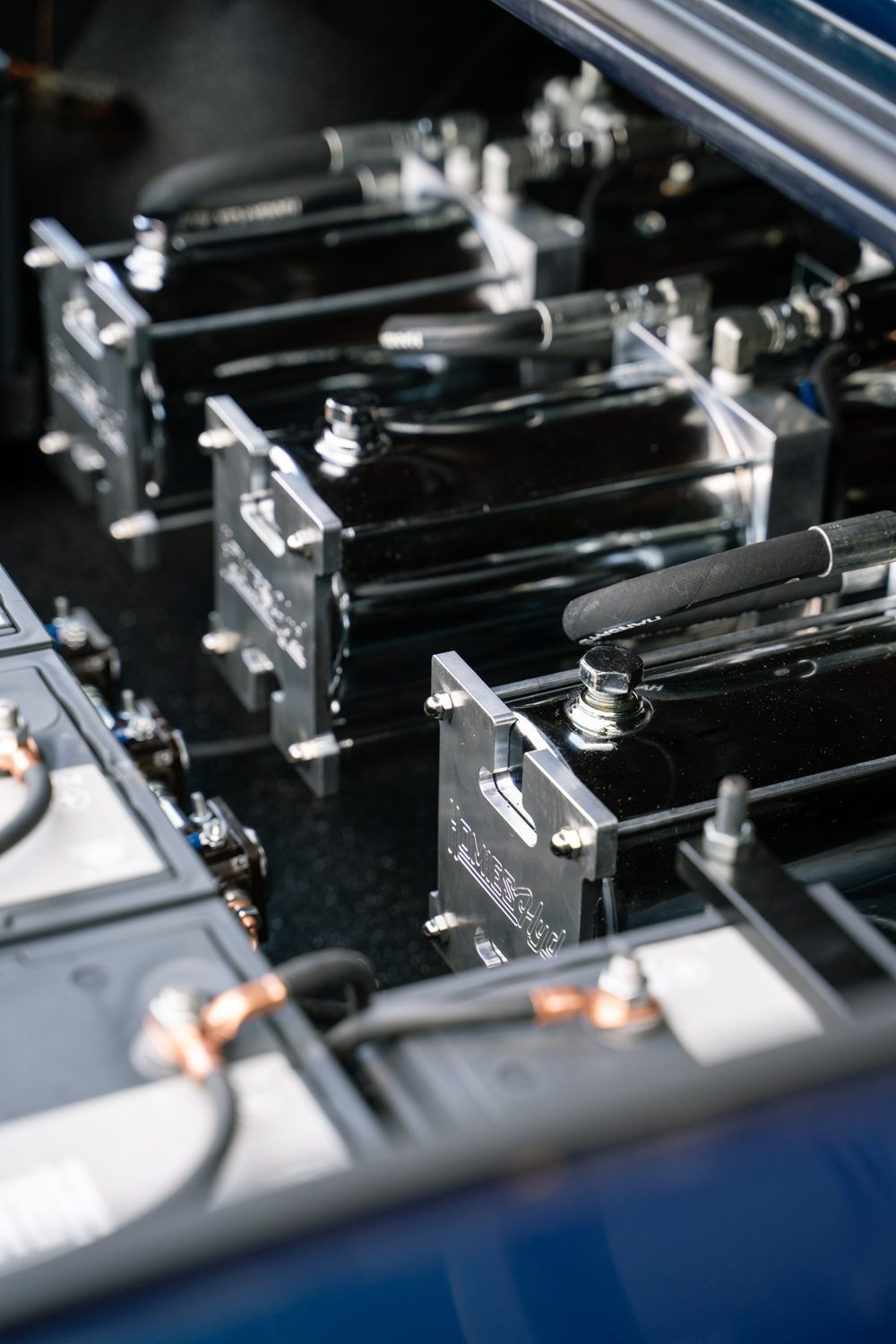 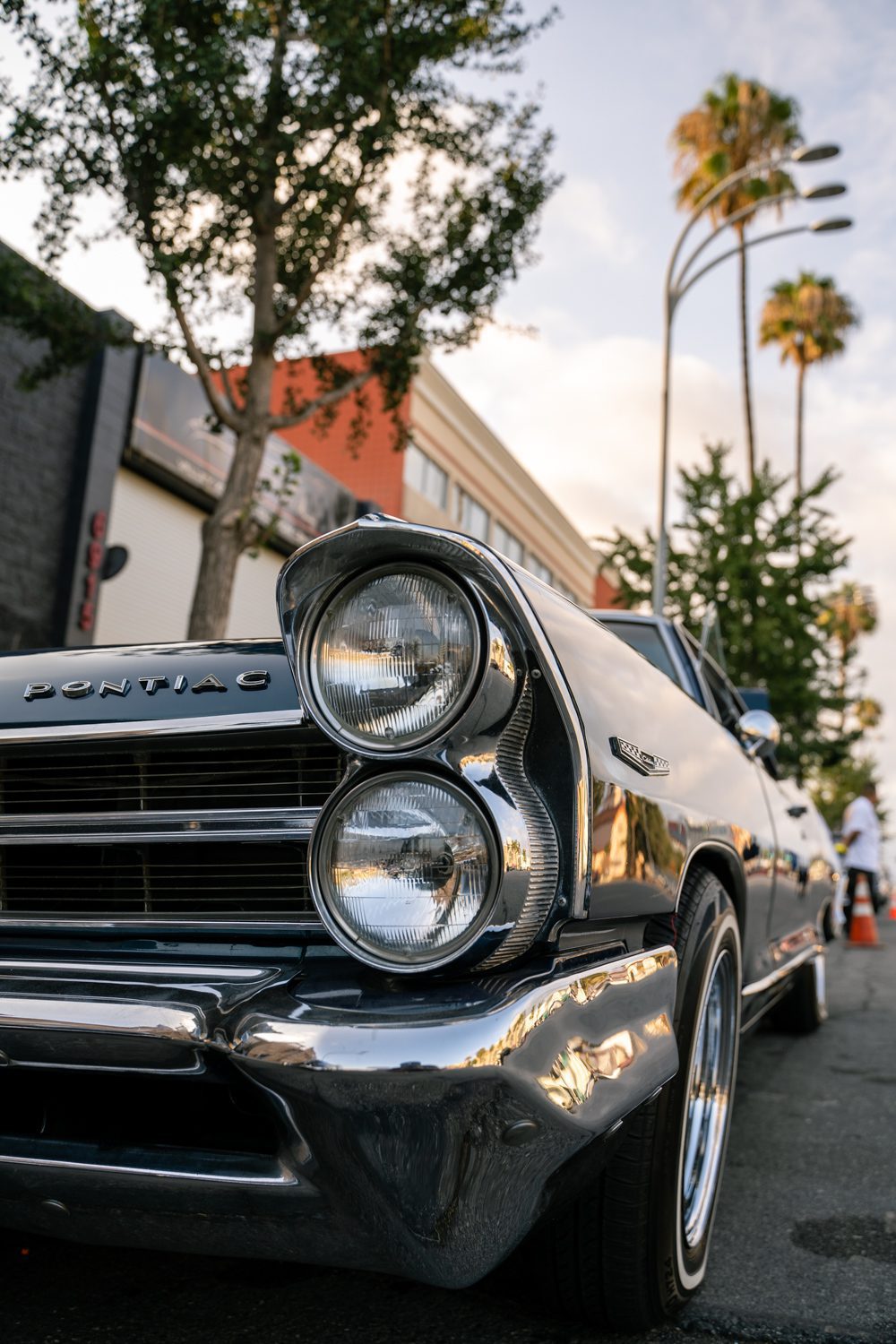 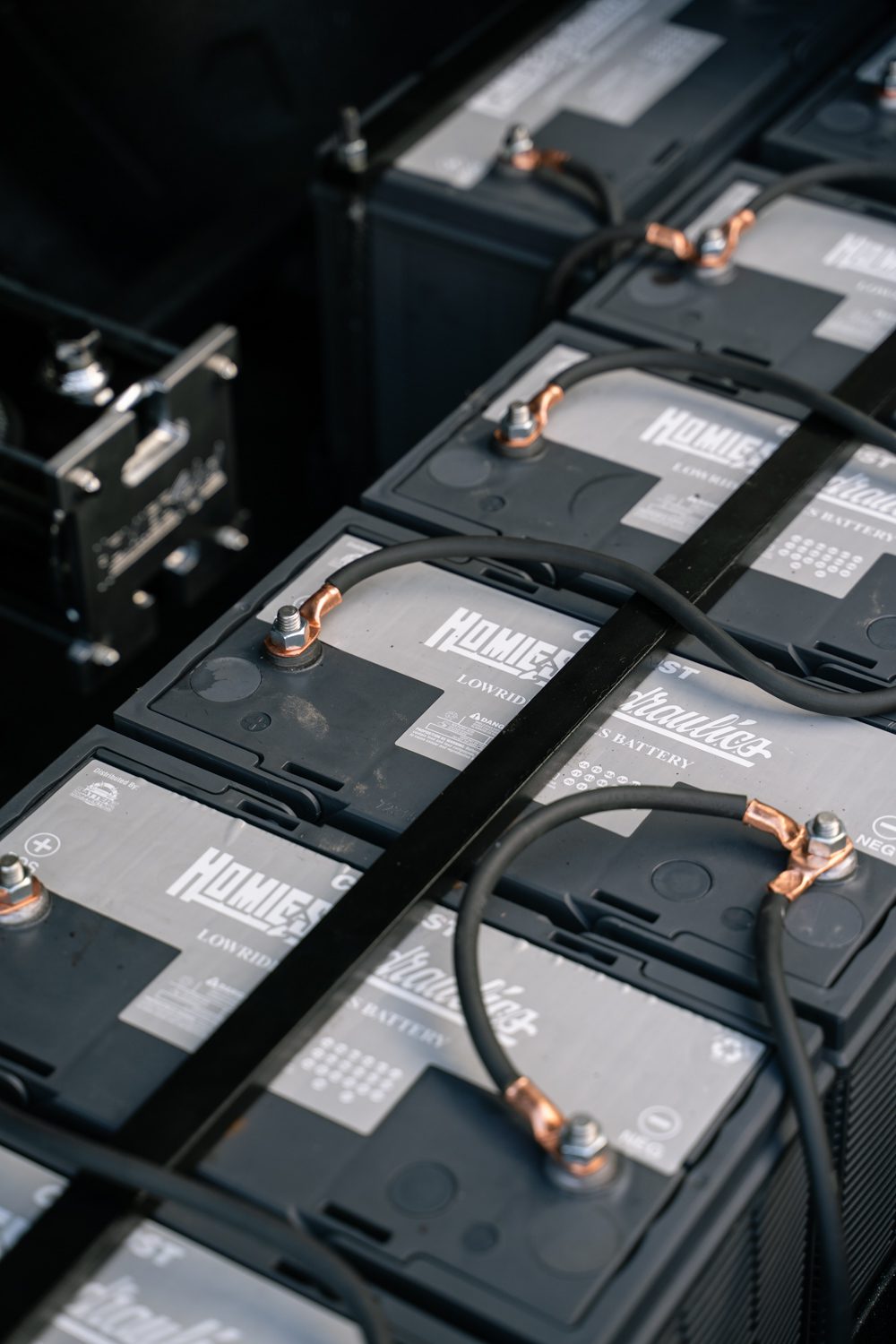 To compliment the 10-inch cylinders in the rear, and 6 inch cylinders in the back, Temo plans on chroming the undies and possibly adding even longer cylinders to really make noise on the Blvd. But for now, he’ll be busy enjoying what he’s put together and he’s a great example of a lowrider whose not afraid to think out of the box. 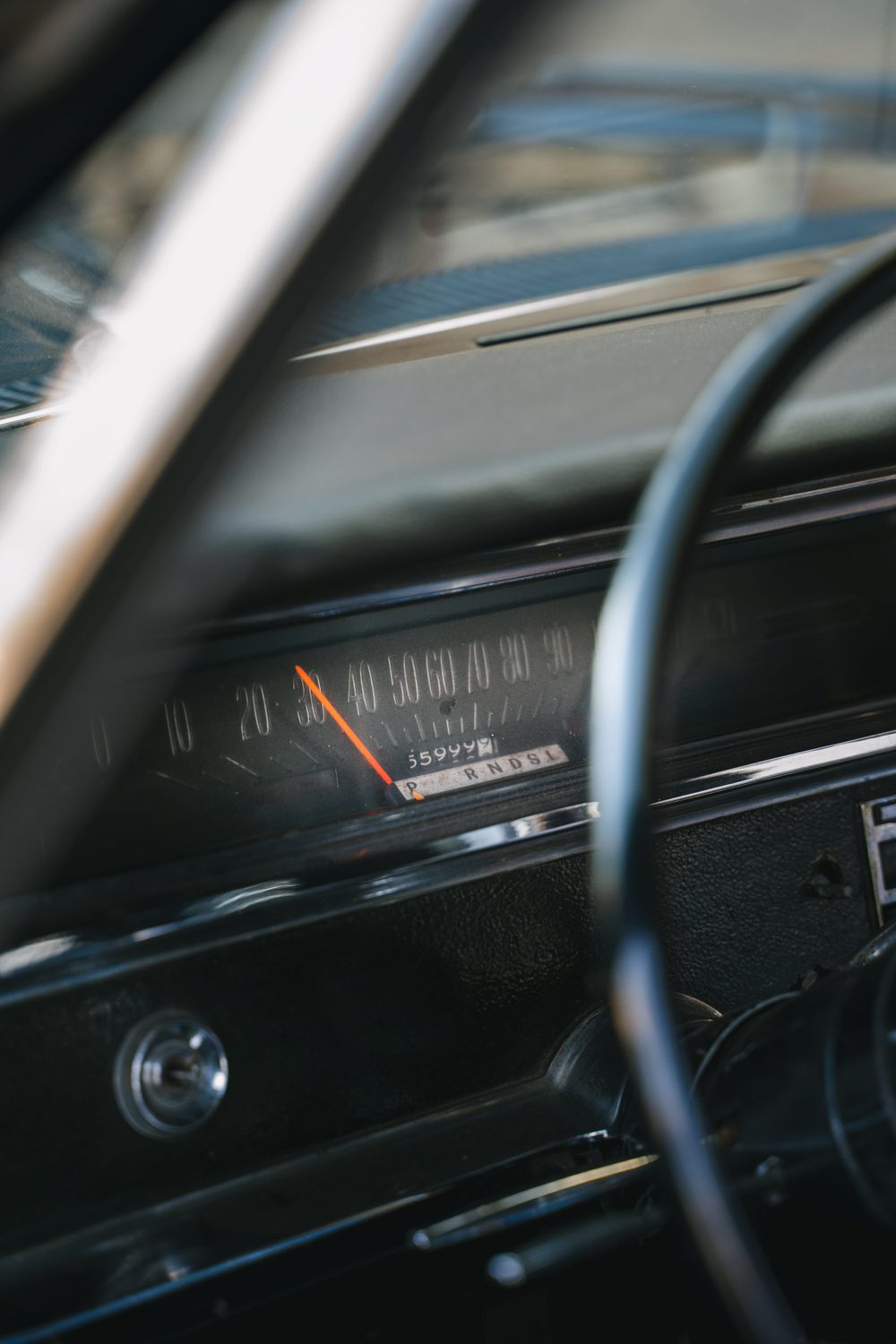 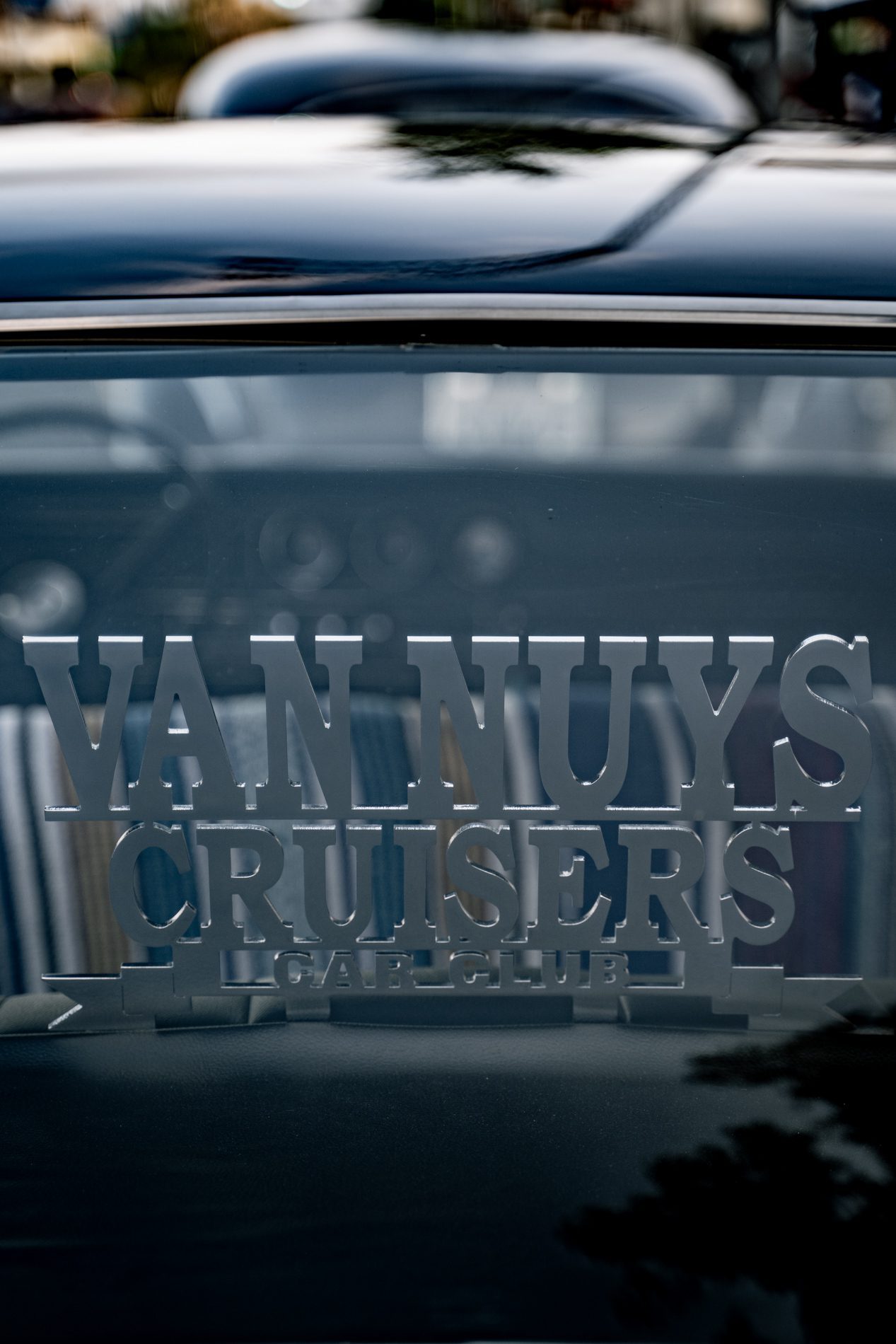 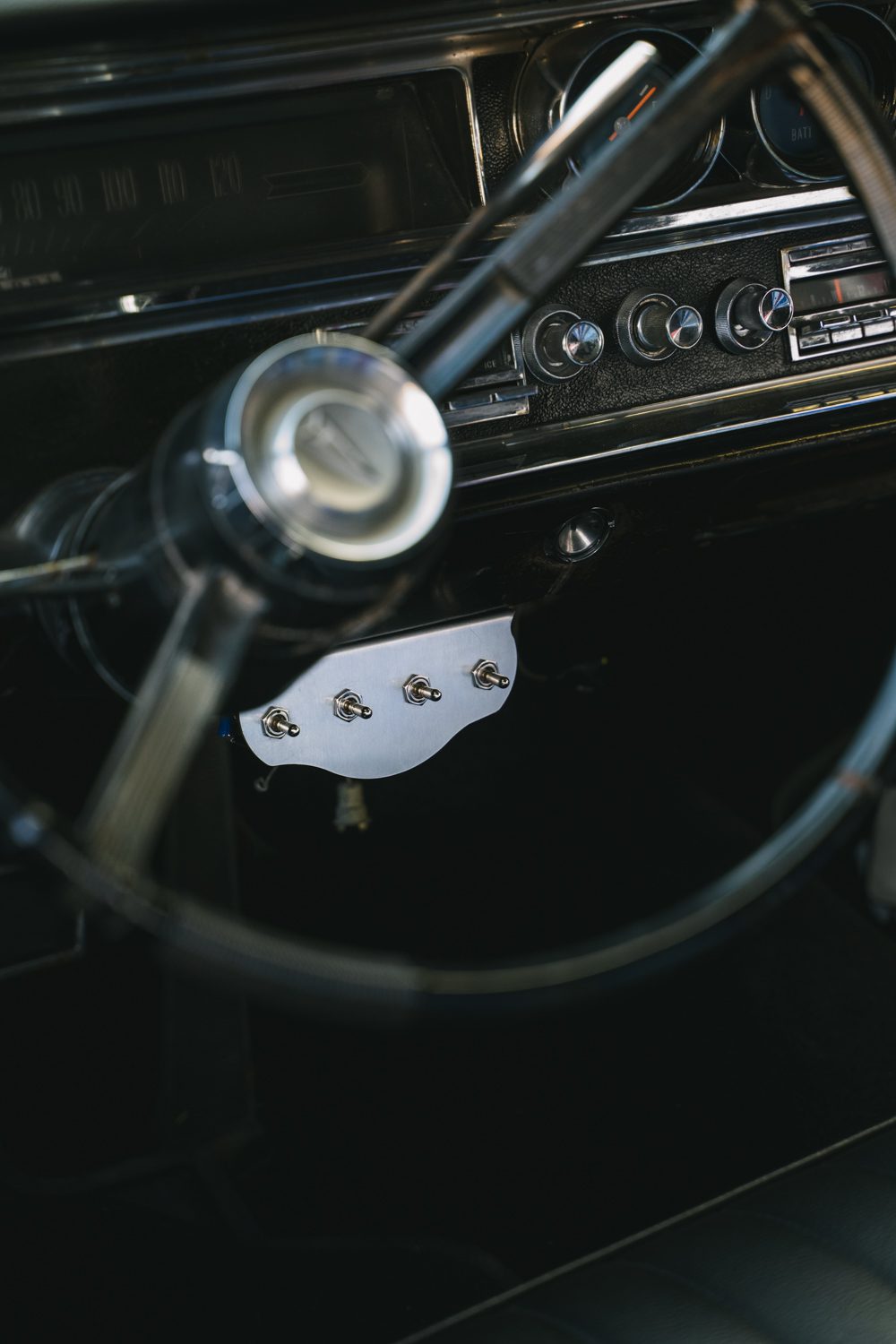